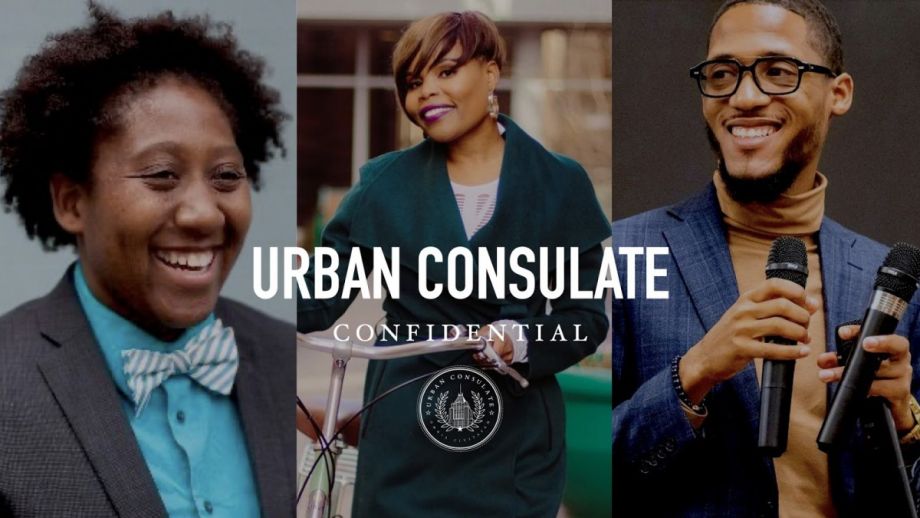 Across the country, Black city-builders are imagining and creating more just and beautiful communities. What are they learning and dreaming? In this episode of Urban Consulate Confidential, host Orlando P. Bailey sits down with international placemaker, author and lecturer Jay Pitter (Toronto) and urbanist advocate and lawyer Tamika Butler (Los Angeles) for a candid cross-city conversation rooted in radical truth, joy and love.

“People ask, what word would you use to describe yourself — is it urbanist, is it planner, is it transportation person?” says Butler. “I think the thing for so many of us Black folks is that I don’t know how to describe the lane or space we’re in, but whatever it is, it’s dope as hell and everybody is trying to get in.”

“You know why there isn’t a word for it?” replies Pitter. “Because we’re creating it in real time. It is so innovative. It’s so rich and textured and soulful. It defies a certain kind of language. It’s kinetic and rhythmic.”

Urban Consulate brings people together to share ideas for better cities. Urban Consulate Confidential is presented with Next City and made possible by the Ford Foundation. Directed by Charles Ashley. Co-Produced by Orlando P. Bailey and Claire Nelson. Music by Kick Lee. Photography by Valaurian Waller and JP Leong. Recorded at The Cochrane House in Detroit.

Urban Consulate brings people together to share ideas for better cities. Urban Consulate Confidential is presented with Next City and made possible by the Ford Foundation.