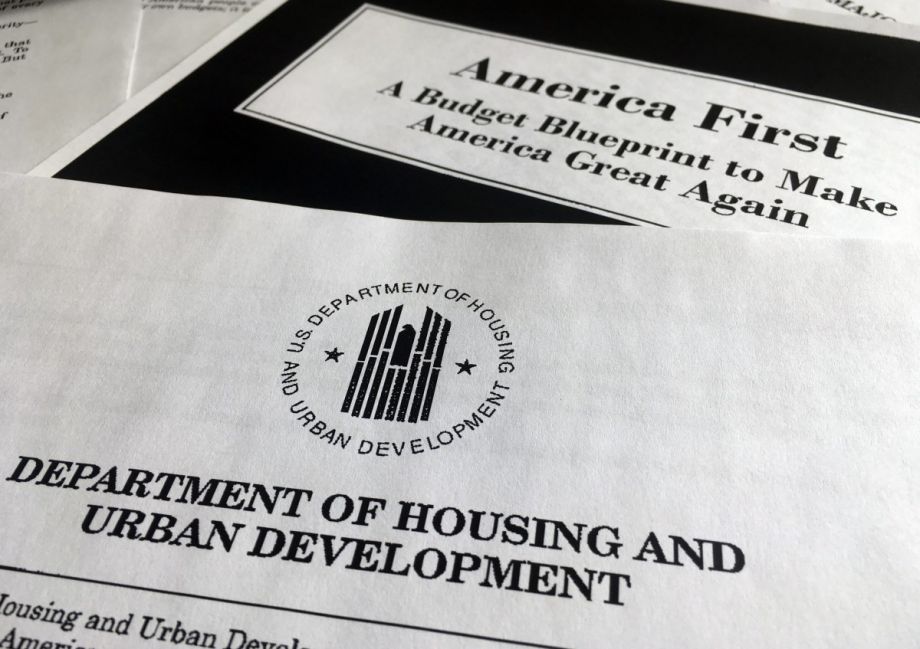 Ninety-nine. That’s how many budget categories the U.S. Department of Housing and Urban Development (HUD) lists in its spreadsheet tallying up how Community Development Block Grants, or CDBGs, get spent across the country. Even some of those categories aren’t as precise as they could be. “Financial assistance to for-profit businesses” might mean small business loans in Boston or small business grants in Detroit. CDBGs were designed to provide maximum flexibility for state and local governments, keeping most decision-making power out of the federal government’s hands. So sometimes even a HUD secretary fails to realize where CDBG funding ultimately ends up.

Some of the items funded under CDBGs that benefit the most number of people also happen to be the most hidden. Water and sewer improvements are typically around 10 percent of annual CDBG spending nationwide, but water and sewer systems seem to only get headlines when government doesn’t spend enough to keep water safe for consumption.

With CDBGs on the chopping block in President Donald Trump’s budget plans, a new report released today from the Urban Institute takes stock of what the program has accomplished recently, and also makes recommendations for how to improve the program moving forward.

“Part of the program’s problem is that it has no visibility,” says Brett Theodos, senior research associate at the Urban Institute and co-author of the report. “It’s got a constituency with city officials but not with the end users of the program.”

The impact of CDBGs is often hidden deep within the financial documents behind any new affordable housing development or homeless shelter or senior center or other neighborhood facility. Under a program called Section 108, future CDBG funding can be used as collateral to attract other financing. “It’s fair to say that without CDBGs, many deals would not pencil out,” adds Griffith.

While cutting CDBGs entirely is more extreme, the fact is, CDBG cuts have become routine. Over the same period above, overall CDBG funding has declined from $4.8 billion in 2005 to $3.5 billion in 2013. Historically, CDBGs peaked in 1979 at $15 billion, and have steeply declined ever since, barring a few outlier years (when the CDBG funding infrastructure was used as disaster relief or neighborhood stabilization after the 2008 financial crisis).

The funding picture, as the report shows, is even worse than just overall cuts. HUD awards CDBGs to states and qualified local governments — known as “entitlement communities” — using a set of formulas based on population, poverty rates, and other factors based on population or housing stock. The method is intended to make the funding fair and predictable from year to year. Despite the diminishing CDBG pot overall, as cities and counties have grown in population, more local governments have qualified to become CDBG entitlement communities. Bottom line: Local governments are getting shrinking slices of a shrinking pie.

“The program is slowly being asphyxiated,” Theodos notes.

Limiting communities based on need would be a hard sell politically. HUD tried and failed to eliminate the grandfathering mechanism from its CDBG program in 2014. Lawmakers wouldn’t allow it.

“The politics on this are hard,” says Theodos. “On the one hand, one reason CDBG has endured for 43 years is, it has a broad constituency [among policymakers]. Anything that narrows CDBGs to a certain kind of distress in a certain kind of community would open it up to attacks.”

As another move, perhaps more politically feasible, the report recommends possibly eliminating the distinction between entitlement and non-entitlement communities altogether. Congress could instead allocate funds across all local jurisdictions according to a formula based on need.

“The status quo is not really working, or at least it won’t work much longer,” says Theodos.

Another troubling part of the status quo: tracking the true impact of CDBGs. HUD requires that 70 percent of CDBG funds benefit low- to moderate-income people, however, according to the report, “there are no reliable data on how well jurisdictions meet this requirement because jurisdictions self-report these data.” The report recommends HUD increase monitoring to meet this target.

It would be quite a challenge to measure CDBG impact, but it would have to be framed correctly. As two bipartisan former budget advisers wrote in a recent Politico op-ed, “One thing you can’t measure is whether CDBG as a whole is effective at improving lives. Individual initiatives funded by CDBG, like Meals on Wheels, can be evaluated. But the uses of the entire $3 billion are so diverse that evaluating the program as a whole is a fool’s errand.”