How Cities Are Tackling Aging Water Systems – Next City 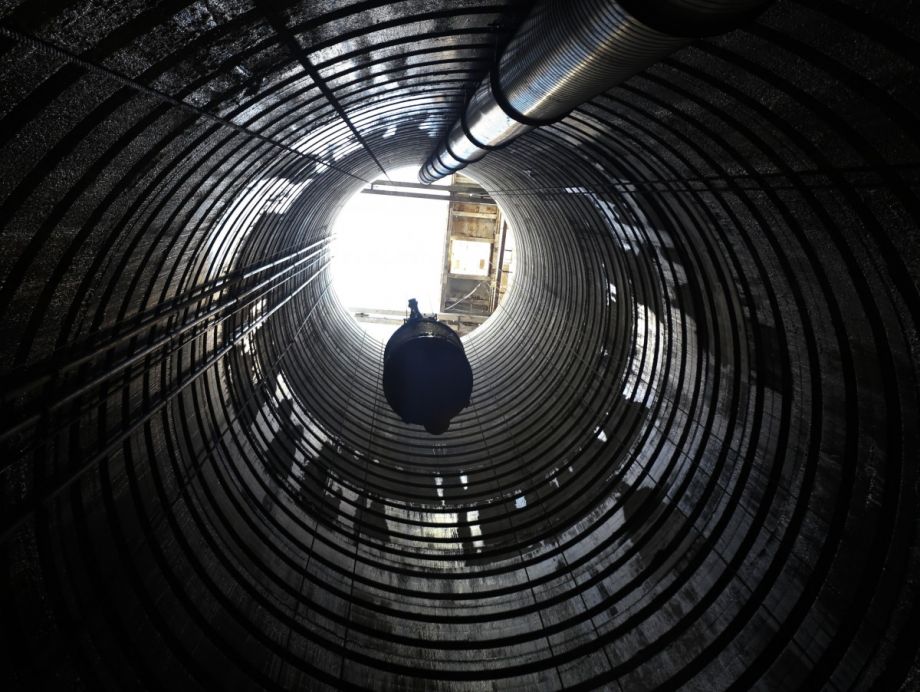 Flint, Michigan, has shone a spotlight on the decrepit state and lack of investment in the U.S.’s water infrastructure, but the city isn’t alone in facing these challenges. A new policy brief from the Brookings Institute breaks down how cities with large drinking water utilities are financing their water systems, and what challenges they’re facing.

The new research finds a significant mismatch between the need for investment and the resources available. More than 88 percent of Americans believe there’s a need to take action on infrastructure, but only 17 percent of utilities feel confident they can cover the cost of existing services through rates and fees — not to mention the cost of necessary upgrades. By some estimates, utilities across the U.S. face an investment shortfall of $655 billion over the next two decades.

Of the necessary investments, distribution and transmission infrastructure — including the aging pipes and water mains that played a role in Flint’s crisis — rank among the most serious drinking water needs. Upgraded wastewater treatment and conveyance infrastructure are also needed, but many cities already hold too much debt to take on more, and rate increases come with their own equity challenges. Though the federal government provides some support for water infrastructure, the burden falls primarily on state and local governments, the latter of which now hold more than $1.7 million in long-term debt.

The report’s authors offer several suggestions for cities to drive water investments most efficiently: better managing systems that involve multiple agencies, improving accounting practices, and engaging in more strategic financial planning. Using data from the census and from a 2015 survey from the American Water Works Association, the report compares water finances across the largest drinking water utilities, those selling or treating at least 20 million gallons of water per day.

Of the 97 cities studied, Brookings found only 11 ranked high across six categories of water finance and related economic indicators in 2015. Utility finances were measured by their operating ratios (operating expenses as a percent of revenue), debt-to-asset ratios and rates, while economic variables measured included changes in population, changes in median household income and the share of lower-income households.

Denver and San Antonio were among the few that ranked well: They have strong operations and low levels of debt, charge residents low drinking water rates, and saw population growth, gains in median household income, and a smaller share of lower-income households in their service area in 2015. Detroit and Cleveland, on the other hand, scored poorly on many of the same indicators. Most cities saw mixed results.

The brief goes on to rank cities for their water investment performance, demonstrating the financial health of the city’s water utility and how it relates to the city’s larger economic health. D.C. ranks first, despite having relatively high residential rates, followed by Charleston, South Carolina; North Las Vegas; Denton, Texas; and Denver.

Overall, more than three quarters of large drinking water utilities studied generate enough revenue to cover their operating expenses each year. But a quarter can’t, including Detroit, Cleveland, Indianapolis and New Orleans. Many utilities are also carrying debt loads nearly equal to their assets, which makes it difficult to invest in improvements.

Utilities are increasing rates to cover gaps. They’ve risen more than 10 percent every year since 2008. But as median household income increased over the past decade in only half of the cities studied, raising rates threaten to make water unaffordable. Populations grew in 90 of the 97 cities studied, which can increase demand for services and lead to additional revenue, though it can also strain infrastructure in places like California where water has been scarce and conservation measures are in place. In the few cities where population declined, including in Detroit, Akron, New Orleans and Cleveland, loss of population can make it difficult to pay to keep the system running.

The report’s authors conclude by stating the obvious: No one solution is going to work for utilities with such widely divergent economic and financial realities. But they do recommend that cities take a “one water” approach, viewing drinking water, wastewater and stormwater needs as part of a continuum. One notable example is Los Angeles, which adopted a One Water LA 2040 Plan to coordinate water management across all city departments, speeding up environmental upgrades and funding more than $10 billion in capital improvements in the process.