Can One Transportation Hobbyist Get a Transit Agency to Change? – Next City

Can One Transportation Hobbyist Get a Transit Agency to Change? 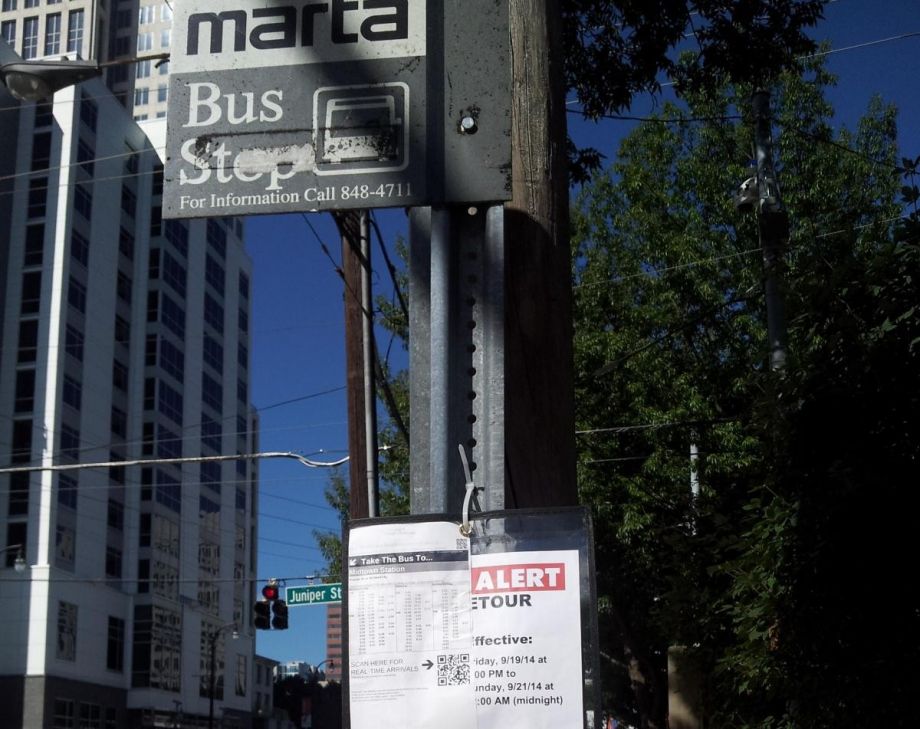 We can celebrate the trending car-free city center all we want, but let’s face it: Some days, we don’t always love taking public transportation. Bus bunching, overcrowding, indirect routes and outdated infrastructure are just a few of the things ruining daily commutes. Though some city politicians may ride the rails, only regular riders, the residents who depend on public transit, see its true flaws regularly. And that’s just what Ioby and TransitCenter were considering when they launched the Trick Out My Trip campaign last year.

Ioby, the neighborhood crowdfunder that focuses on community-driven projects, and TransitCenter, a nonprofit aimed at improving public transportation, hoped to find smart solutions for commuting challenges from everyday transit riders, and get those citizen-innovators the funds needed to make their ideas a reality. Last week, they released their report on the initiative, which saw 10 projects in seven U.S. metros — from Memphis to Los Angeles — proposed, funded and implemented in less than 12 months.

“Trick Out My Trip shows that with the right training and support, anyone can take action to make not only their bus or train ride more efficient but more enjoyable,” Ioby Co-Founder and Executive Director Erin Barnes said in a press release. “Even more important, by organizing, fundraising and carrying out quick fixes, these 10 teams of ordinary citizens got transit decision makers to take notice.”

The 10 groups raised a total of $53,596, which included $26,152 in matching funds provided by TransitCenter. Most of the teams reported getting support from their local transit agency, one of the more modest proposals, from Binh Dam, gained notice from Atlanta’s MARTA.

Dam wanted to simply give bus riders some basic information — by posting route and schedule information at stops. He wanted to identify stops in places with a lot of foot traffic, and then print schedules (and QR codes smartphone users could use to access times) and mount them on the shelters.

“It just started one night on my way back from Atlanta’s Music Midtown event,” Binh Dam, creator of the TimelyTrip, wrote in a blog post last year. “10th Street was closed to traffic, and MARTA posted plastic holders at three bus stops with a sheet inside telling riders about bus deviations. The plastic holders were not removed immediately after the street was reopened, so that was my opportunity to try something bold. I created a timetable, with QR code access to real-time arrivals, and placed it in the plastic holder, and voilà, here is my first TimelyTrip sign!”

Unlike other Trick Out My Trip proposals, which sought thousands of dollars in crowdfunding, TimelyTrip needed a mere $534. After Dam’s proposal was accepted, he was approached by an Atlanta grassroots organization, MARTA Army, who wanted to be a part of the project.

“I saw there was a big opportunity to turn it into something much bigger than it was,” Dam says. “I knew people involved in MARTA Army … so I knew we had common interest in making MARTA better.”

Dam says there’s big excitement in the community about the project, and 15 bus stops should have the helpful information posted by the end of fall. Also, according to Ioby’s report, he’s connected with officials at MARTA: “Binh is now speaking with MARTA about
helping the agency develop new, participatory engagement strategies.”

“Mine was one of the smallest budgets and it went way beyond any of my expectations, and there’s more to come,” Dam says. “We’re just getting started.”