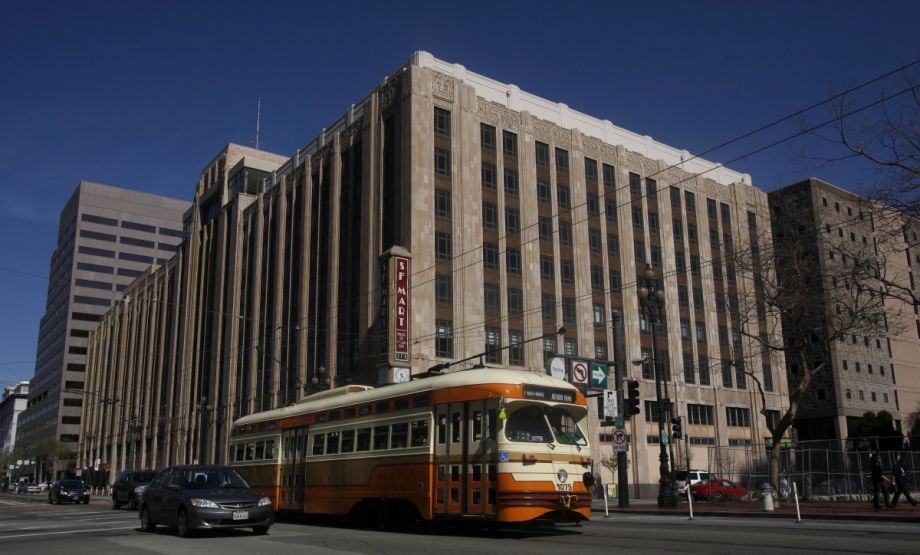 One week into San Francisco’s Muni Challenge, I was curious to see how the campaign, an effort by advocacy group SF Transit Riders, is doing with engaging city supervisors. The officials who agreed to take the challenge promised to ride public transit for the first 22 days of June.

The idea is that when public officials travel by trolley, train or bus, they get a better feel for the day-to-day struggles of their constituents. The politicians, along with transit agency officials and the public, have been tweeting their experiences with the hashtag #onboardsf. Here’s a look.

Waiting for the 24 line to end the day. This stop has no time predictor but does have a rotten apple core. #OnBoardSF pic.twitter.com/FPwN5LaIh0

Stuck in @SFBART delay. Gr! Still better than stuck in traffic. I can read book on a delayed BART train. #OnBoardSF pic.twitter.com/4cSZx5hpzb

Was waiting for 38 with a pair of dirty pants & some trash. Then the bus didn't stop. Now I'm 15min late! #OnBoardSF pic.twitter.com/0KLtcWgATM

I'm starting the #MUNIChallenge this morning. I will be riding every line running through D3 in 22 days #OnBoardSF pic.twitter.com/lP9vhkexwa

According to the interactive leaderboard, S.F. Supervisor Scott Wiener is currently in the No. 1 spot, with 14 rides under his belt. 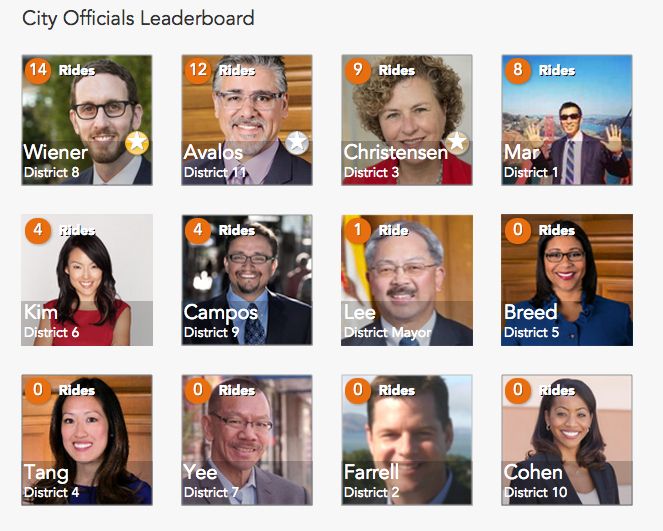 It’s no surprise that Wiener is in the lead. According to the San Francisco Chronicle, he describes himself as a regular Muni commuter for the past 18 years.

So why 22 days? It’s a nod to the fact that 22 years ago, voters passed Proposition AA requiring city officials to ride the much-maligned Muni at least twice weekly. Thea Selby, Transit Riders Union president, addressed a crowd at a challenge kick-off rally earlier this week. “It’s one thing to ride Muni on occasion,” she said. “It’s a lot different to ride one or two times every day.”

The more familiar elected officials become with Muni, she said, the more likely they are to understand its needs and challenges, which she said require as much as $10 billion in investments. The November bond measure Proposition A steered $500 million to the Municipal Transportation Agency.

“We need more bonds, a sales tax sometime in the future,” Selby said. “We need big ways of getting some revenue.”