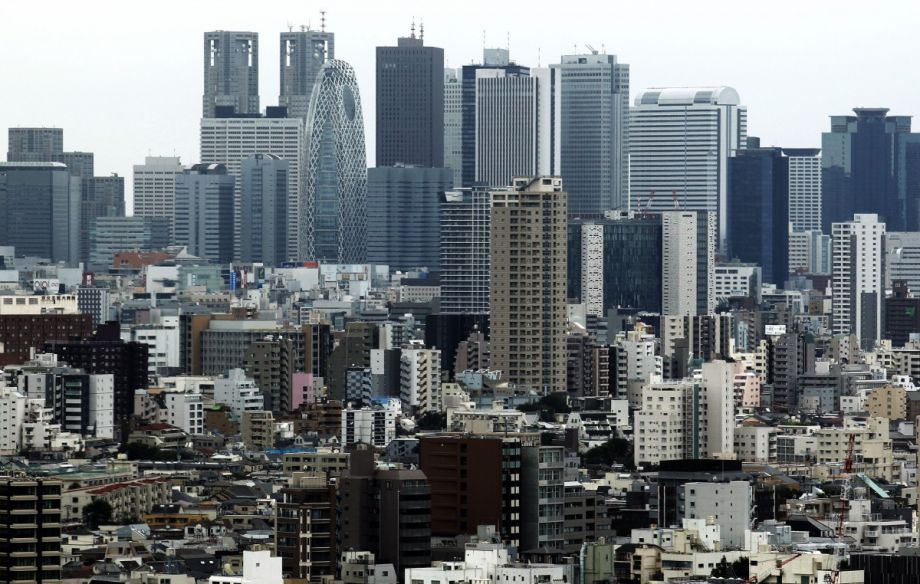 New York and San Francisco are in the midst of what they call a building boom. But there are building booms, and then there’s business as usual in Tokyo. Last month, the Tokyo Metropolitan Government released new housing data, offering an eye into the most active construction market in the developed world.

In 2012, builders in Tokyo’s 23 innermost wards began construction on nearly 110,000 new houses and apartments. Put into context, the numbers are astounding. England has 53 million people spread over 50,000 square miles of territory — six times the population of Tokyo’s wards and orders of magnitude more land — but on housing, England barely kept up with the much smaller area. The entire country saw just 115,000 new housing starts in 2012.

The New York metropolitan area (spanning the city and its suburbs on Long Island, in New Jersey and north of the city) has more than twice the population of Tokyo’s 23 wards. And yet not even building permits for 27,000 units were created — a number that’s far higher than the actual number of housing starts. It’s quite possible that, despite having twice the population, the New York metro area barely built a tenth what Tokyo’s inner-city did.

(I’m not comparing apples to apples — housing starts in one city to housing starts in another — because housing data in Japan is abundant and detailed, while governments elsewhere are much stingier with what they share. The U.S. and U.K. and their largest cities don’t release anywhere near as much data as Tokyo does.)

Tokyo’s extreme housing production and resulting market is a product of Japan’s uniquely liberal zoning rules. Taken along with its dense network of profitable, private railways, Tokyo is the closest thing this planet has to a city that has completely surrendered itself to market forces. And its construction numbers show it.

Japan has, since the advent of railways, been a land of unregulated and very dense suburban sprawl. But in the past generation or two, it’s also grown more comfortable with taller buildings — once thought too vulnerable to earthquakes, and still an imposing presence on narrow Japanese streets — in its city centers. Starting with the manshon boom in the 1970s and continuing with high-rises today, the country’s building codes have allowed growth to turn inward. And it’s necessary to keep the nation’s construction industry humming, as Japan’s young people are fleeing rural and provincial areas en masse — and even some parts of the Tokyo metropolitan area — for the capital.

Japan’s tolerance toward construction likely stems from the centralization of zoning in the national government. The general rule in land use politics seems to be that the more local the level of decision-making, the less density is allowed. In the United States, zoning is intensely local, and there’s a deep-seated antipathy toward density. Toronto is much more friendly to growth, and power is concentrated at the provincial level, with Ontario pressuring the city of Toronto and other cities to allow more growth in their central neighborhoods.

Japan takes higher-level land use regulation to the extreme, with the national government wielding an unusual amount of power to force unwanted density onto municipalities. Most local NIMBY sentiment is overridden for the greater good of economic growth. And there’s no economic problem in Japan that the government doesn’t think deregulation can’t ameliorate. Building regulations are constantly being loosened to spur economic growth.

It has likely failed in that respect, as Japan has experienced a prolonged economic malaise ever since the land bubble popped in 1991. Growth has returned and homebuilding has increased, but monetary policy and other measures appear to have induced the latest reprieve from stagnation (perhaps they should try something else, like allowing some immigrants in to live in all the new housing being built?).

However, even though construction in the capital has not been the economic panacea that politicians hoped, it has allowed millions of Japanese to move to the country’s most job-rich city in search of better lives. The laws of supply and demand have worked, and prices are relatively low — Japan’s two megacities (the Tokyo and Osaka regions) are more affordable than any in the English-speaking world (including Hong Kong and Singapore), with rents in Tokyo actually falling slightly over the past decade.

The massive amount of construction has also led to a phenomenon that many in the West find strange: constant demolition of older structures. Tokyo and the central areas of Japan’s other large cities do not see quite the same churn and rapid obsolescence of homes as out in the countryside — Tokyo has a thriving market for more affordable second-hand apartments — but the threshold of added density at which redevelopment is viable is much lower than in cities like New York or London, since structures in Japanese cities lose their value much more quickly.

Given the relative paucity of attractive pre-war structures, the rapid demolition isn’t so tragic — Tokyo’s constant natural disasters, wood-building stock and rapid growth have already whittled down the supply of buildings worth preserving to near nothing. That said, protections for the few structures worth saving in Japanese cities are weak, and it’s not uncommon to see a 1950s modernist gem or a Western-style 1930s department store come under threat of demolition.

Tokyo’s prodigious housing production is not something that is likely to be replicated in the West any time soon, but it is a reminder to cities like New York, Los Angeles and London — which are struggling to keep up with the urban renaissance and its demand for housing, and are welcoming many more immigrants than Japan — that much greater things are possible for our cities.