The Mobile City: Everybody Back Onto the Train – Next City

The Mobile City: Everybody Back Onto the Train 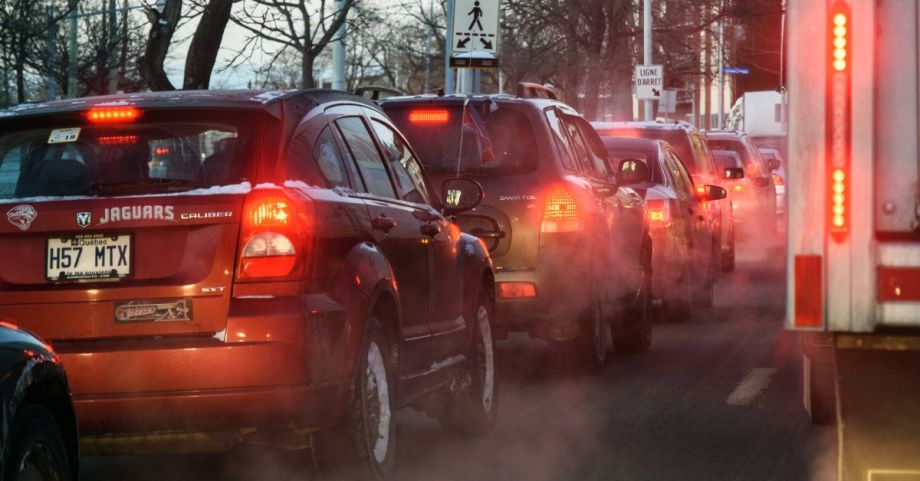 Last week, the CDC said that this was the best way to get to work in the COVID-19 era. Now, after pushback from transportation and environmental advocates, the agency has clarified its guidelines.

Welcome to “The Mobile City,” our weekly roundup of newsworthy developments in urban transportation.

You may recall that this weekly column began life as a chronicle of new projects being undertaken by mass transit agencies around the world. And even now, there’s no lack of such projects to report on. But as this column has evolved, it has increasingly turned its attention to other developments in the world of urban transportation. “Complete streets,” bicycle infrastructure, pedestrian facilities and even automotive technology are all playing a role in reshaping how we move around our cities, and the COVID-19 pandemic has brought the multi-modal nature of our transportation network and its challenges to the fore.

Because this column has broadened its scope to cover issues affecting all modes of urban transportation while focusing specifically on North America, especially the United States, we decided the time was ripe to give it a new name: “The Mobile City.”

Oddly enough, however, this first “Mobile City” column deals mainly with mass transit, the column’s original focus. As COVID-19 cases subside to the point where many of the cities that locked down in March are beginning to reopen, it’s becoming clear that they can’t reopen successfully by relying on everyone driving their cars to work. As a result, both public-health and public-transit officials are emphasizing measures they and riders can take to make the train or bus trip as safe and sanitary as possible. And news and research from abroad suggest that with some basic precautions, that train or bus trip may not be the risky proposition many believe it is.

Last week, we reported that bike riders and advocates were upset that New York City shut down bike- and scooter-sharing services during curfew hours following protests in the wake of George Floyd’s death in Minneapolis.

This week, we have news of another group of advocates upset over car-centered transportation recommendations. Transportation for America (T4A) reports on its blog that pushback from city transit and transportation officials has led the Centers for Disease Control and Prevention to revise its initial recommendations for people commuting to work as cities reopen.

That sent not only T4A but several other transit and environmental advocates into orbit. In addition to T4A, TransitCenter, the National Association of City Transportation Officials, and the American Public Transportation Association all contacted the CDC to protest the recommendation.

As both the T4A Blog and E&E News reports note, the recommendation flew in the face of the CDC’s own advice about the health effects of fine particulates in auto exhaust and its own warnings about how increased driving leads to increased public-health costs. On top of that, E&E News noted that there is a racial-equity problem with the recommendation. Its article cited a 2015 study by PolicyLink and the University of Southern California, the National Equity Atlas, that found that while only 6.5 percent of white households had no access to a car, more than three times as many black households — 19.7 percent — and almost twice as many Hispanic households, 12 percent, lacked access to a car at home.

Basav Sen of the left-leaning Institute for Policy Studies think tank told E&E News, “To afford a car, you have to be able to afford insurance and maintenance. And the deck is stacked against communities of color because they typically pay higher insurance rates if they live in ZIP codes with higher crime rates. So yes, there is a race and class bias in saying, ‘You can just drive to work.’”

The CDC’s revised guidelines now advise incentivizing driving to work “if feasible” and point travelers to the CDC’s own advice for safely using transportation, including private autos.

T4A Director Beth Osborne told E&E News that getting the CDC to alter course was “frustrating” but acknowledged that at least it responded to advocates’ concerns: “I will give the CDC credit. Over the weekend, they updated their guidance, and it is now less awful.”

…as Transit Systems Gear Up for More Riders…

Meanwhile, many of the cities where mass transit plays a key role in getting people to work are returning their service to near-normal levels while taking steps to reduce the likelihood that riders will catch COVID-19 while in transit.

Boston, New York and Philadelphia have all restored bus, trolley and subway service to pre-pandemic levels and schedules as their cities enter the first stage of reopening after stay-at-home orders were lifted. Mass Transit reports that New York Mayor Bill de Blasio also announced that the successful 14th Street busway in Manhattan will become a permanent fixture and that the city will add 20 more miles of bus-priority lanes in the outer boroughs.

Service in all three cities remains altered from what it was pre-COVID, however: Spectrum News NY1 reports that New York’s subways will remain closed for cleaning for four hours each night, some Philadelphia subway stations and Regional Rail lines remain closed, and WCVB reports that the MBTA will add trips to all four rail transit lines and 60 bus routes along with resumption of ferry service later this month.

New York and Philadelphia, at least, are also taking steps to reduce the likelihood that COVID will spread among their riders. Both agencies now require that all riders wear masks when on rapid transit, and a Philadelphia Inquirer story that appears on Governing notes that SEPTA has moved to mark off seats on vehicles to enforce social distancing.

While all this indicates that both American commuters and the transit agencies that serve them are still worried that transit systems will become virus incubators, research from abroad suggests that the simple steps the agencies are taking, especially the mask requirements, will keep that from happening.

A CityLab feature notes that reports from Japan and France have found no COVID clusters emerging from any of the mass transit systems in either country.

This doesn’t mean that mass transit is inherently safer, though. The article notes that several factors probably contribute to the lower risk transit riders face. One is that in both countries, riders have themselves donned masks and done their best to observe social distancing while on board. Another is that a common means of spreading the virus, ordinary conversation, occurs much less often on public transit than in other crowded public spaces. A third is that the trains and buses are generally well ventilated and that passengers don’t remain on the vehicles for long periods of time, reducing the amount of virus they might be exposed to.

Transit-system employees, however, aren’t so lucky: The article notes that COVID has claimed the lives of transit workers in New York and London. As the vehicle operators are exposed to possible carriers for far longer than the riders are each day, this makes grim sense, and several transit agencies have added barriers to bus driver seating areas in order to reduce exposure to the virus.

Know of a transportation development that should be featured in this column? Send a Tweet with links to @MarketStEl using the hashtag #mobilecity.