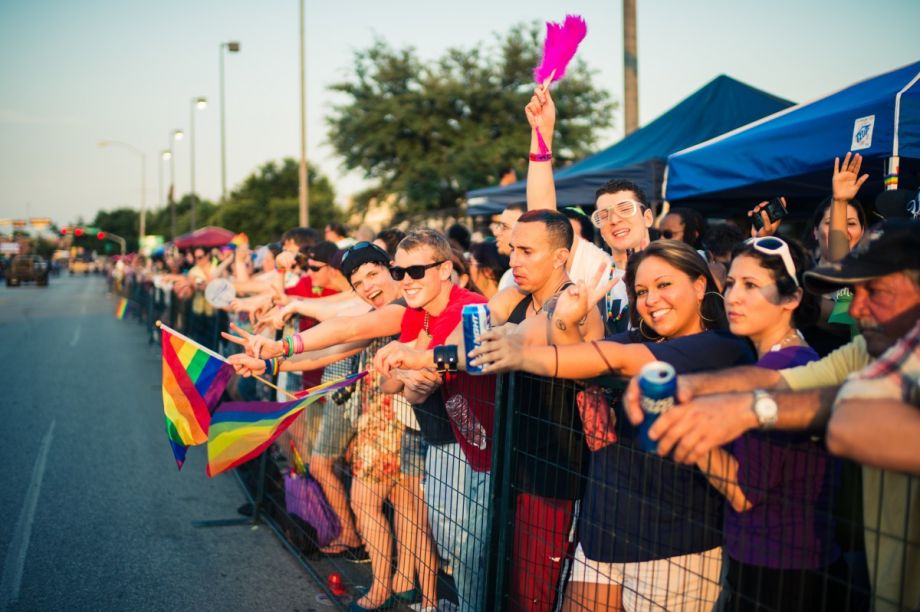 Despite having the largest LGBT population in the state of Texas and a vibrant LGBT culture, Houston is also the largest city in the U.S. to not explicitly protect the rights of LGBT people. A group of activists is ready to change that. (Photo courtesy Visit Houston - Spenser Harrison)

Houston became the fourth largest city in the country to bar discrimination against LGBT people when the Houston Equal Rights Ordinance, also known as HERO, passed on May 28, 2014. Along with other federally protected classes –– sex, race, color, ethnicity, national origin, age and religion –– it also includes disability, pregnancy, genetic information, family, marital, and military status. Opponents and supporters alike geared up for a fight, which brought in national dollars and attention.

The outcome of three Supreme Court court cases heard in October involving discrimination against LGBT people could alter the path for pro-equality advocates in Houston and around the country. They hinge on who is protected under Title VII of the Civil Rights Act, which currently protect people from retaliation based on sex, race, color, national origin and religion. Altitude Express Inc. v. Zarda and Bostock v. Clayton County were brought by Donald Zarda and Gerald Lynn Bostock, two gay men who believe they fired because of their sexual orientation. R.G. & G.R. Harris Funeral Homes Inc. v. EEOC was brought by Aimee Stephens, who alleges she was fired from her job because she is transgender. The rulings focus on employment. But an unfavorable decision could threaten LGBT people’s access to healthcare, housing and other accommodations, advocates warn. If the Court rules against the plaintiffs, cities will be ground zero in barring discrimination against LGBT people.

That’s why advocates in Houston are working toward bringing back a version of HERO — most likely through a ballot initiative. Working at the local level, says Shelly Skeen, senior attorney for Lambda Legal, a LGBT and HIV/AIDS civil rights group, “is the way we are going to survive if the Court rules unfavorably for the community. In order to thwart unfavorable opinions we need to be pushing for wherever we get protections at the city and county level and within agencies.”

In 1975, Minneapolis passed the first ordinance in the country barring discrimination based on sexual orientation and gender identity.

“At the time, they used the term ‘affectional preference,’ which they defined as ‘having or manifesting an emotional or physical attachment to another consenting person or persons, or having or manifesting a preference for such attachment, or having or projecting a self-image not associated with one’s biological maleness or one’s biological femaleness,’” says Logan Casey, a policy researcher for the Movement Advancement Project, a think tank focused on LGBT issues.

“These cases are raising awareness about discrimination against LGBTQ people. The general public (ie, straight cisgender people) are surprised to learn it’s still legal to discriminate. That sort of concern is encouraging local activism.”

Skeen agrees. “What are we doing as a legal community and LGBTQ activists? We’re going to [cities and counties] and ensuring their legislation and administrative codes protect us,” she says.

The successful campaign to legalize marriage equality, culminating in the 2015 Supreme Court Obergefell decision, was largely fought in the courts. But that was when the Supreme Court had a majority of staunch LGBT allies.

Now the scene is different.

“We’ve been winning in the courts for years, but the court system is changing as President Trump appoints more conservative judges,” Skeen says. “The court system may not be the place we take our rights going forward. The overall strategy is to put legislative advocacy and education at the front of our agenda.”

Educating and organizing the public, including previously ignored groups, has helped Rafael McDonnell, the communications and advocacy manager for the Dallas-based LGBT organization Resource Center. For the past decade, he has worked with cities, counties and quasi-government agencies in North Texas to add LGBT protections. He’s seen considerable changes in that time. “Go back to 2005-2006 and Dallas already had protections for sexual orientation but interpreted gender identity under that category,” he says. The ordinance has since been altered to explicitly protect transgender individuals.

According to Casey, cities typically first added sexual orientation to their ordinances. The language typically was vague and open to interpretation whether or not transgender and nonbinary people were explicitly protected. In cases like Dallas and Minneapolis, “sexual orientation” and “gender identity and expression” were synonymous. Only later were gender identity and expression enumerated. “Now they are passing both,” he says. “The language has evolved over time, just as the public’s understanding and acceptance of LGBT people.”

One problem facing activists are not just the patchwork of ordinances, but limits on who can be protected and where. Some municipalities only can add protections for their employees because state law bars them from passing ordinances, as is the case of Arkansas, North Carolina and Tennessee. Some also have religious carveouts for nonprofits, meaning that organizations such as foster care agencies and faith-based organizations, like food pantries and homeless facilities, can refuse to serve LGBT people because of an employee’s religious beliefs.

McDonnell refers to the center’s efforts as like the ring of a tree. “We started in our backyard in Dallas with the school district, and now we’re working in different counties, especially where entities overlap, such as the Dallas-Fort Worth International Airport,” which now has protections for its LGBT employees, he says.

Casey calls it “policy diffusion.” He points to the Kansas City region as an example.

“When one entity passes an ordinance, neighboring entities do, too. In Kansas, for instance, when Kansas City passed its ordinance, cities in the metropolitan region did too.”

Mike Webb, president of the Houston GLBT Caucus, and Emmett Schelling, the executive director of Transgender Education Network of Texas, are building coalitions and educating the community, including former opponents of HERO, about the ordinance’s importance.

In a letter released with the Baptist Ministers Association of Houston & Vicinity, which opposed HERO, the Caucus apologized for not reaching out to people of color. The ministers apologized for opposing the ordinance and anti-transgender rhetoric during the campaign.

Still, the city council has not reconsidered passing HERO. But Webb and Schelling cite local education campaigns as key to changing the electorate’s views. In the most recent municipal elections, supporters of LGBT rights won the general election,

The new HERO will, regardless, must be driven by the community, said Schelling. “There’s no chance this council will be passing an non-discrimination ordinance, but in a way I think [a ballot initiative is] better because it’ll have more staying power anyway.”

But Webb called the reelection of Mayor Sylevester Turner, who supports the ordinance, and a more LGBT inclusive council, as a mandate for LGBT people and allies to mobilize.

“This election demonstrated Mayor Turner has both the mandate and the diverse coalition needed to support and push for a comprehensive NDO that’ll be inclusive of all Houstonians,” they said.

“We are aggressively reaching out, expanding our support base and feel we are on the right path. All local officials are on notice this is a priority for LGBT activists.”