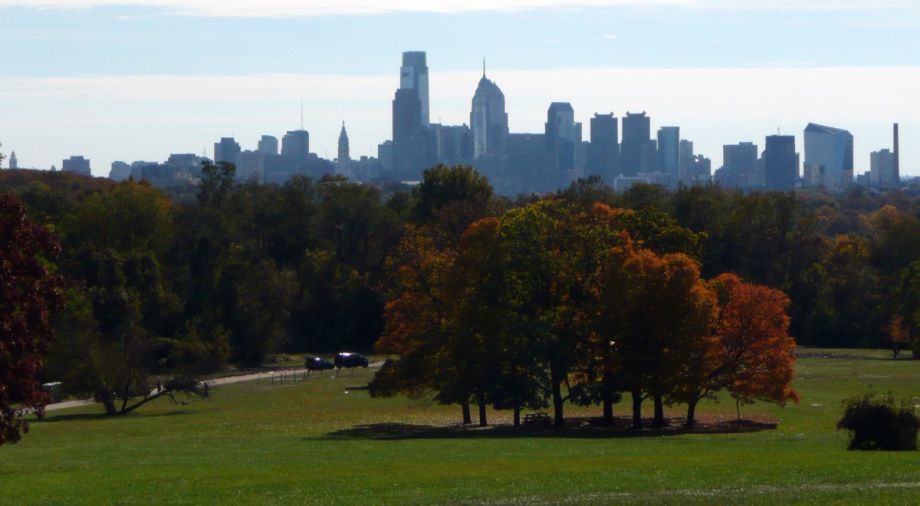 In a time when parks officials are working to conserve more public land and pushing policymakers to secure conservation funds, there are still trees that need to be tended, nurseries fostered and plots mowed. Through ArcGIS technology, Philadelphia Parks and Recreation has made those tasks — the bread and butter of parks maintenance — easier.

Using ArcGIS Collector software (GIS stands for geographic information system), Philadelphia parks officials can tap open an app, visualize the system’s 9,200 acres and assign someone to check out a specific sick tree in person. Contractors can log in to give updates on the work that has been completed.

“We’re a spatial department. When you have as much acreage as we have and as many issues as we have for buildings, playgrounds, water fountains, picnic areas … it’s very important to us to know what we have out in the field, because it’s not like you can just sit behind a desk and see it all,” says John Piller, a special projects manager with the Philadelphia Parks and Recreation Department. “That’s why it’s important for us to keep the [GIS] ball rolling along.”

This is just one of the many innovations brewing at parks departments around the country. Off in San Francisco, some 35 parks now offer free WiFi. The Chicago Parks District has developed an online registration system, using the information it collects to track everything from underperforming programming to shifting demographics. Thanks to big data, parks are becoming smarter in simple, but sweeping ways.

Though Mark Focht, Philadelphia’s deputy commissioner of parks and facilities, doesn’t label ArcGIS Collector specifically as a time-saver (because when one swath of green space is brought up to standard, there’s always another), he describes the app as an efficiency booster and cost-cutter. Contractors and custodians are alerted of problems more quickly; management can track progress from their iPads and take advantage of the visualizations to see where belt-tightening can happen.

“We’ve made a significant investment in GIS over the last six to 10 years, but accelerating every year,” says Focht. Philadelphia now has a full-time GIS staff.

“Our staff is being much more efficient, targeted and strategic because they’re not guessing what they should go to do this day, because they know that our top priority is to go to this rec center and fix this exposed wire, or go to this park and take care of this hazard,” explains Focht. Just with mowing contracts alone, GIS helps the department yield an annual savings of roughly $355,000, according to Piller.

The Miami-Dade County Parks, Recreation and Open Spaces Department is also using technology to bring down expenses. By partnering with IBM’s Smarter Cities program, the department is poised to save $1 million annually from its water bill. The program installed a system of smart valves designed to shut when sensing an abnormal overrun.

Jack Kardys, Miami’s director, says the program allows them to reap savings from seepages that were often invisible to them.

“We have seen over the years how ruptured, decaying and deteriorating water lines have cost us hundreds of thousands of dollars. Sometimes it [would take] us two to three months to find that we even have a leak by the time the billing cycle comes along, and a line is broken three-feet underground,” explains Kardys. “You don’t see any puddling or pooling and it’s not until an account clerk would catch the problem somewhere that you begin to realize you had the problem. It’s a very simple process, but it’s very, very important to us.”

“As a director, I want to make sure that as a public agency, we always present ourselves in the most professional manner possible,” Focht says of the department’s pursuit of data collection and analysis. “The technology certainly helps us do that.”