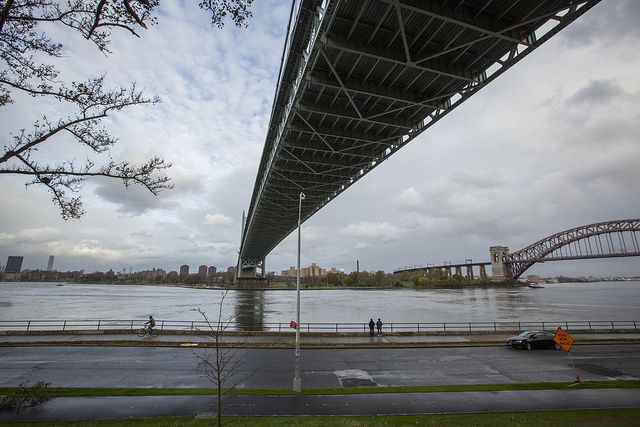 The pledge is being made through the Clinton Global Initiative, an organization whose Commitment to Action plan to deals with pressing global challenges. National teachers unions such as the American Federation of Teachers and the United Federation of Teachers are pooling funds for up to $10 billion in infrastructure improvements and repair to create jobs and prepare cities for the impact of climate change.

The Teachers Retirement System’s pledge of $1 billion brings the commitment to $2.7 billion of its total goal.

“The critical commitment of the Teachers Retirement System at this early stage is one that I hope will inspire and encourage others,” said Secretary of Housing and Urban Development Shaun Donovan at a press conference this afternoon. “This infusion of private capital is like seed money that will allow us to address not only the recovery from Sandy but also the underlying infrastructure challenges that our communities face.”

Donovan’s endorsement joins a chorus of public officials, including Mayor Michael Bloomberg, who are talking about long-term plans to improve infrastructure for future storms like Hurricane Sandy.

As Next American City reported earlier this week, long-term planning has very quickly accompanied early relief efforts. There is strong sense that the issues of the day — power outages, flooded streets, food relief efforts — are not isolated and will require major investments of time and money.

“We have been working for months to create an investment strategy for the teacher pension fund that will help meet New York’s pressing needs for repairing and updating our roads and bridges, our water and power systems and middle-income housing,” said United Federation of Teachers president Micheal Mulgrew in a press release. “Hurricane Sandy has brought those needs into keener focus.”