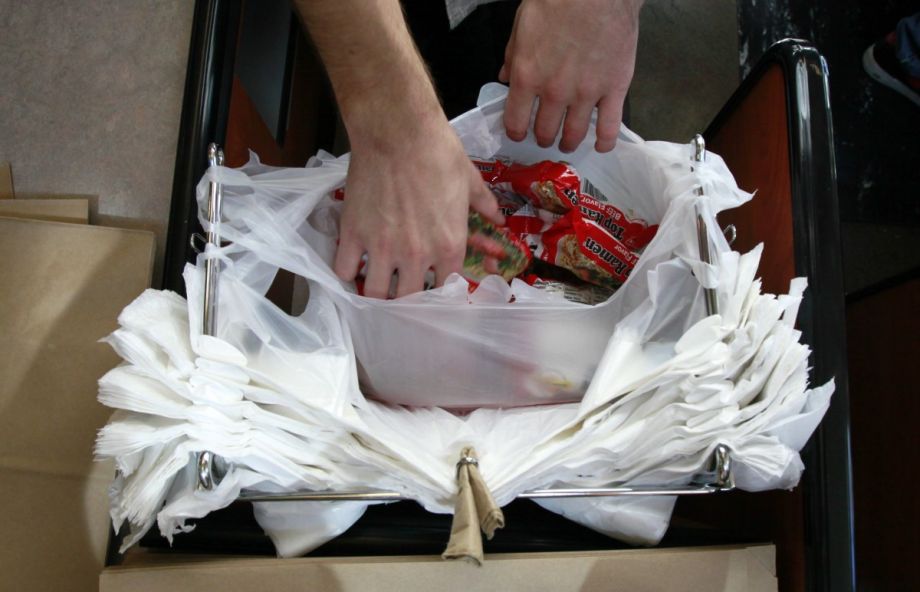 Salt Lake City leaders are growing weary of plastic bags — they get tangled in recycling machines, and the local landfills spend about $70,000 a year cleaning them out, the Salt Lake City Weekly reports. Those fees get passed on to SLC residents.

“It’s costing us a lot of money,” Kate Whitbeck, a member of the Utah Recycling Alliance, said at a Downtown Merchants Association meeting earlier this month. “When I say ‘us,’ I mean the taxpayer and local businesses.”

Whitbeck said her organization is encouraging residents to use reusable bags instead of plastic ones, and according to the Weekly, a number of groups are ramping up “Bag the Bag” campaigns with an eye on the 2018 legislative session. But they’re going about their efforts cautiously, tempered by the state preemption laws that have banned bag bans over the last few years.

“Unfortunately, we don’t live in a world where [a ban] always works,” Whitbeck said, according to the Weekly. “The problem, or what we’re seeing in other states, is that frequently one community will say, ‘OK, this is how we want to solve the problem — let’s create a ban, let’s eliminate plastic bags from our community,’ and then, you know, if that’s not a solution the rest of the state feels is the right solution, especially state legislators, then they create a ban a on a ban.”

Last year, Senator Jani Iwamoto (D-Millcreek) introduced legislation to charge 10 cents per plastic bag. He eventually abandoned the push, but there’s been talk of renewing it this year.

“We feel it’s going to take business leadership to push this forward,” Patrick Sheehan, another member of the Utah Recycling Alliance, said according to the paper. “So we’re hoping to gather businesses or community organizations who are interested in this to help move this forward.”

State preemption laws — a thorn in the side of Republican and Democratic mayors alike — have targeted plastic bag bans in Michigan, Arizona, Missouri, Idaho and Wisconsin, Governing reports. Bag bans have done better in blue-leaning states. California enacted one in 2016, the City of Boston voted in a ban last November, and cities in New York state, Connecticut and many others have successfully enacted laws scrapping single-use plastic bags.