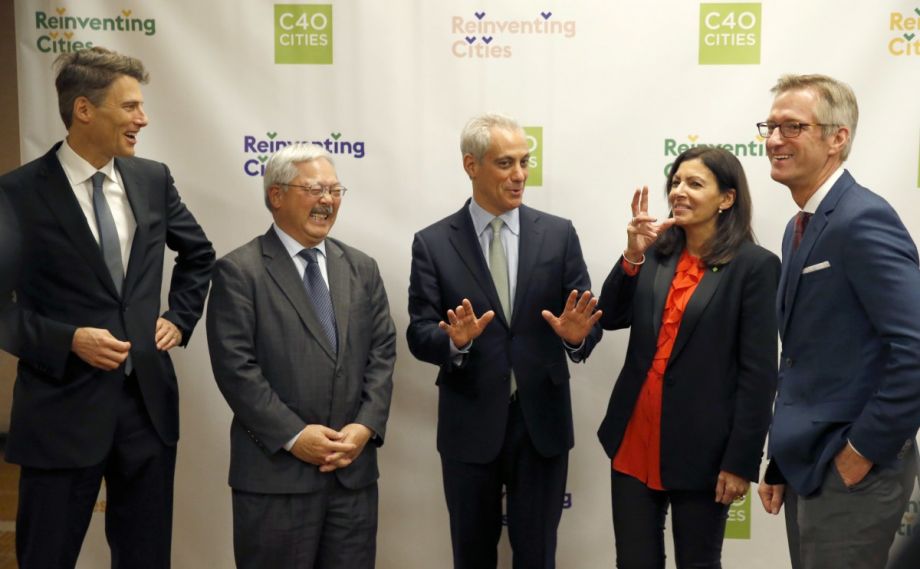 In a year marked by fires, hurricanes, drastic temperatures and $306 billion in climate-related damages, two-thirds of U.S. mayors believe that cities should take action on climate change, even if their efforts will cost them. Reflecting national trends, however, their views are highly polarized, with 84 percent of Democratic mayors but only 24 percent of Republican mayors saying they’d trade economic growth for climate mitigation — a change from just three years ago, when Republicans were more likely to favor the exchange.

That’s one finding from the just-released 2017 Menino Survey of Mayors, an annual study from the Boston University Initiative on Cities. Its authors ask mayors nationwide a series of questions — focusing on topics like infrastructure or poverty — then pool their responses and slice them by region and party affiliation. This year’s study was based on the responses of 115 mayors.

It finds that, along with climate mitigation, housing was a top concern among mayors of both parities last year — although they tended to disagree along partisan lines on how, exactly, to combat their region’s affordability issues.

However, their preferred policy vehicles for addressing the housing question were split, with many more Democratic leaders wanting to tackle housing stability for renters, and slightly more Republicans saying they’d like to increase home-ownership rates.

The topic of state preemption, however, garnered a unified response from both parties, even though a majority of state governments were red this year according to Gallup. Researchers posed the question: “Compared to an average city nationwide, how much do you expect laws and regulations (existing and new) from each of the following other governments to limit your city’s policy-making autonomy and flexibility?” More than 60 percent responded that they believed their states limited them more than their peers.

“Mayors are feeling even more unfairly treated by their states when it comes to their own autonomy, relative to just two years ago,” the report states. “Republican and Democratic mayors are feeling similarly — if poorly — treated by higher levels of government.”

A much starker political divide was on display with the issue of climate mitigation. That split also manifested along regional lines. According to the report:

Nationally, opinions on climate change are highly polarized along geographic and partisan lines. Mayors in the South and West are more likely to oppose making fiscal sacrifices to address climate change relative to their counterparts in the Northeast and Midwest. The highest level of support for aggressive action on climate change was among midwestern mayors: 89 percent of them agreed that cities should reduce the effects of climate change even if it comes at the expense of city financial resources.

Asked how they should take on climate mitigation, the mayors’ responses also varied by party. Democrats were vastly more likely to agree that policy should be enacted even if it inconvenienced some cars or drivers, or imposed costly regulations on the private sector.

Check out the full report, which also looks at how mayors are responding to federal budget cuts and opposing the policies of the Trump Administration, among other topics, here.