In Seoul, a Blighted Overpass Becomes a Mile of Green Space – Next City

In Seoul, a Blighted Overpass Becomes a Mile of Green Space 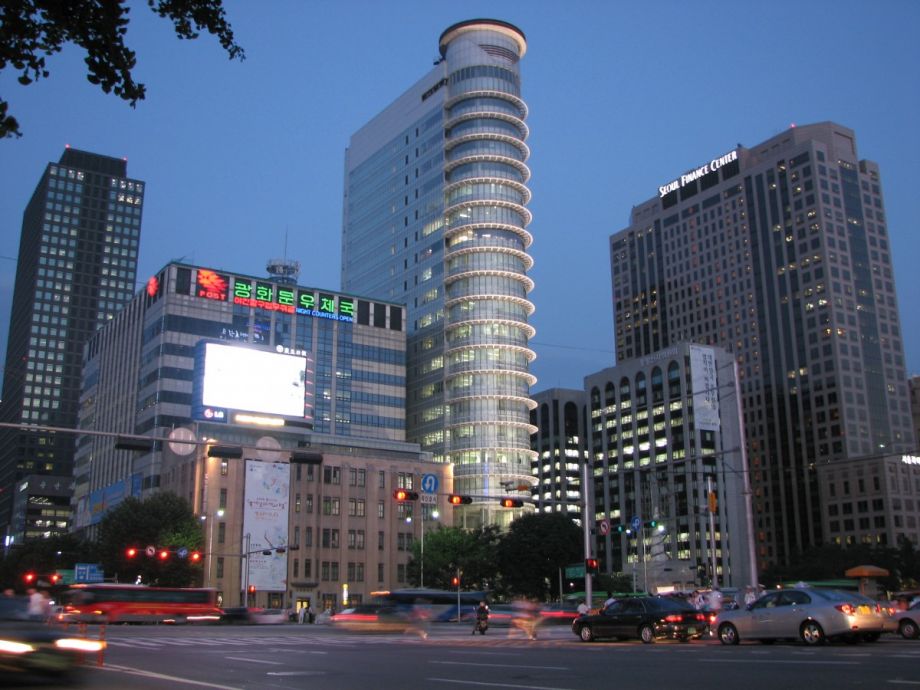 Taking a page from New York City (and St. Paul, and Seattle), the capital of South Korea opened its own high line-style park Saturday.

Seoullo 7017, or Seoul Street, is a landscaped, mile-long walkway that glows blue at night — built atop a stretch of highway overpass that had been planned for demolition. It will link the Namdaemun market, a local tourist magnet, with a nearby neighborhood.

As the Washington Post reports, Seoul’s lightning-fast industrialization after the Korean War left the city with more function than form — and a local saying: There’s no soul in Seoul.

According to the paper:

Starting in the 1960s, city planners ordered the construction of dozens of elevated highways to keep traffic flowing through the capital.

Fast forward a few decades, and these hulking overpasses became not only a blight on the landscape, but also a safety risk, as heavy use literally shook their foundations. In 1994, one bridge across the Han River, which bisects Seoul, collapsed, killing 32 people.

So the overpasses have been coming down. But in 2006, planners realized that one could be turned into a walkway — with some serious safety upgrades. According to the Post, nearly half the project’s $53 million price tag has gone to strengthening the structure and making it safe for up to 50,000 people (10 times the number that will be permitted to walk on it at one time).

One added safety bonus: Trampolines will be surrounded by fences to make sure children don’t bounce over the structure’s edge.

New York’s High Line, of course, is known not just as the design darling of the aughts — it’s also synonymous with gentrification, as Marielle Mondon has covered for Next City. “Since New York City’s High Line began rolling out in 2009, adjacent neighborhoods have seen higher rents, higher quantities of tourists and all around higher stakes for the area surrounding the 1.45-mile-long elevated Manhattan park,” she wrote in 2015.

Terms like “revival” and “regeneration” are on planners’ lips in Seoul, as well, according to the Post. The Namdaemun market has reportedly been in decline over the last decade, the neighborhood that abuts the structure is described by the paper as “neglected” and another nearby area is “home” a lot of homeless people.

No word, so far, on what the revival will mean for them.

To see more photos of the project, click here.