New Mural Depicts Gentrification of the Future – Next City 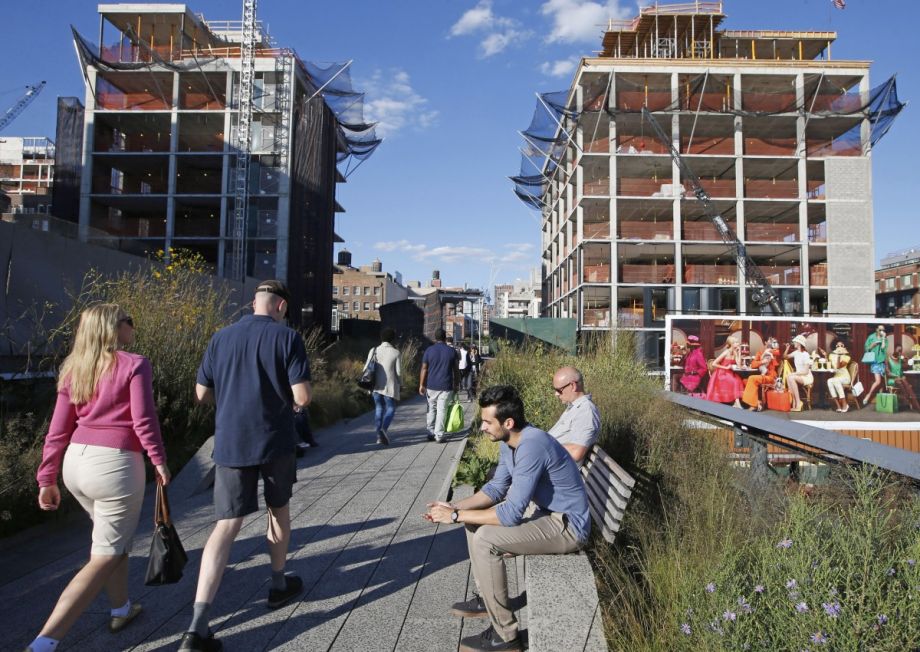 Since New York City’s High Line began rolling out in 2009, adjacent neighborhoods have seen higher rents, higher quantities of tourists and all around higher stakes for the area surrounding the 1.45-mile-long elevated Manhattan park.

New York magazine had a look at a new city-commissioned mural titled “Above the Line,” by artist Kerry James Marshall, which will debut June 24th.

The piece, which will be hand-painted by the Brooklyn mural company Colossal Media (they make those faux-artisanal Vans and Jim Beam ads all over the place), depicts a semi-dystopian urban future in which even water towers have been transformed into glassed-in condos overlooking the city. In other words, everything looks like the very Chelsea residential towers that are rising up so quickly behind the High Line.

For better and for worse, New York’s High Line has inspired similar efforts in other cities in the U.S. and around the world, and in many ways changed the ways such projects are now considered.

Cecilia Alemani, the High Line’s curator and director of art, told New York that the comic-style piece works as a “criticism of what’s happening in the cities.” Its placement at the center of gentrification — right in passing view of High Line strollers — makes a very visible point.

(Credit: Friends of the High Line)

Marshall has a cartoon series starring black superheroes, and according to the magazine, the mural is equal parts satire and “makes a previously hidden demographic publicly visible in a visual language — comic drawing — that’s universally recognizable.”