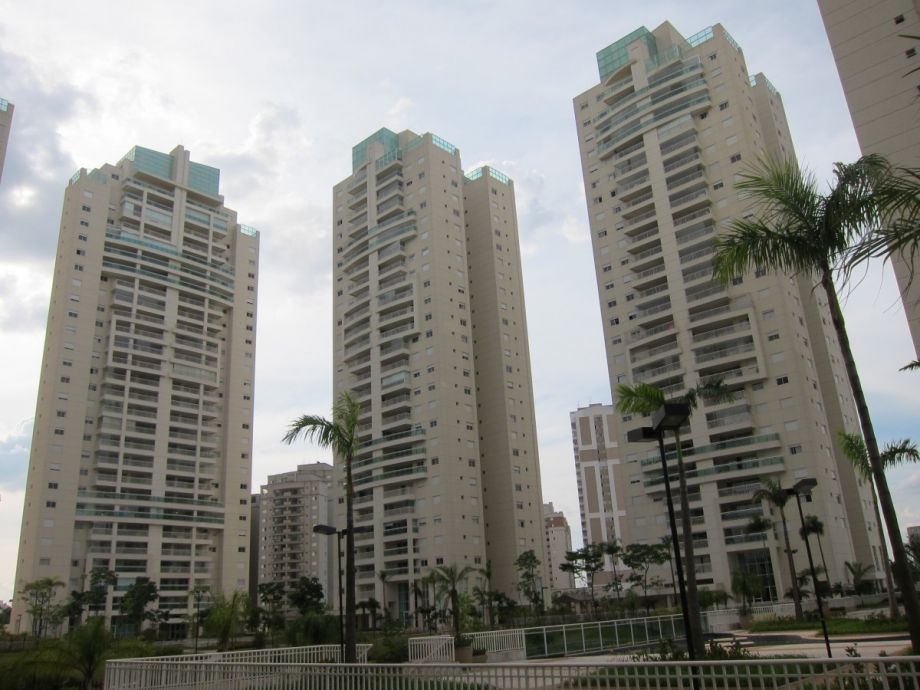 In many U.S. cities, even car-centric voters tired of traffic jams are beginning to embrace light rail projects. Imagine what drivers in São Paulo, rushing to catch a Brazil World Cup game, were thinking recently as the city registered 300 kilometers (186 miles) of backups. That neared the record of 344 kilometers (214 miles) set just a month prior in May on account of heavy rain and a bus strike.

In 2012, after several years of declining numbers of new cars hitting São Paulo streets, they began to rise: 130,000 new cars were registered in the city in 2013, leaving 5.4 million automobiles to duke it out on clogged roadways. But city planners are trying to turn the ship around.

On June 30th, City Council approved the Strategic Master Plan that will guide urban development for the next 16 years. It included some eye-popping provisions for a metropolis that earned the ignominious nickname City of Walls.

Most daring from the urban design side, the plan limits new residential developments to one garage parking space per unit if located along a designated public transit corridor, where there is easy access to the subway, commuter rail, BRT or exclusive bus lanes. In a public written statement, councilman Nabil Bonduki, a trained urban planner who pushed for the successful vote, called it a measure “to curb the dictatorship of the automobile.”

Claudio Bernardes, president of Secovi-SP, a real estate industry trade group, believes it will necessitate serious changes from developers. “What will happen will depend a lot on developers’ creativity because the new plan doesn’t just limit the number of garage parking spaces, it also requires street-level retail, fewer setbacks and public space,” he says. Indeed, the plan contains a variety of form-based provisions that contrast with the city’s current real estate trend of closed condominium complexes with several towers surrounded by walls or fences.

The plan also requires a minimum number of units depending on the size of the building, which Bernardes believes will lead to smaller apartments. By increasing the tax charged on higher floor-area ratios outside of transit axes, where multiple parking spaces per unit would still be permitted, he believes it will cause such units to rise from 13 to 20 percent in price, placing a further premium on parking in the city.

The new master plan isn’t the first effort to slow down the car onslaught. In 1997, the city implemented road space rationing with a license plate system that in theory keeps one-fifth of the city’s cars out of greater downtown during rush hour. Although originally started as an air pollution initiative, it has since become a traffic management tool, extended to trucks in 2008.

More recently, in 2013, City Council passed a series of regulations for a conjunction of neighborhoods near downtown well served by transit that implemented the one parking spot per unit rule. It was a pilot for what has now become citywide policy.

For Maurício Broinizi, executive coordinator of the Our São Paulo Network, which brings together civil society organizations working for a just and sustainable city with a specific focus on urban indicators, the change is a welcome one. “To our eye it’s a wise move,” he says, “The government is in fact inducing people to live along corridors served by public transit.”

In principle, Bernardes, representing the real estate sector, also recognizes the idea behind the new plan as positive. “Both the idea of densification and pushing people to use public transit make sense. But making it harder to use your car and inducing people to use transit are two different things. They have the same goal but apply different methods,” he says.

From there, both agree that the main challenge is São Paulo’s inadequate public transit network. “If you had an efficient transit system, it wouldn’t be hard for people to leave their cars at home,” Bernardes says. For his part, Broinizi points to a survey conducted by the Our São Paulo Network: “More than 50 percent of respondents told us they would leave their car if there were good public transport, meaning it’s efficient, comfortable and punctual.”

Therein lies the rub for South America’s largest city, as everyone agrees that public transit is a good thing but no one believes that São Paulo’s public transit is any good. To take just one example, São Paulo has 74 kilometers (46 miles) of subway that carry nearly four million people daily over four lines. New York City, with three million fewer residents, has 1,062 kilometers (660 miles) of subway that carry more than five million people daily over 22 lines. That translates into impossibly congested trains at rush hour. Last year, BBC Brasil calculated that at its current rate of expansion, it would take 172 years for São Paulo to catch up with the track length of the fabled London tube.

City leaders, of course, promise things will move faster. “They say another 90 kilometers of metro are coming,” Bernardes says with a hint of skepticism. “That means what was done in 30 years we have to do in eight. We’ve got a long way to go. The city should have more or less 500 kilometers of metro, we’re a little ways off from where we need to be.”

Broinizi is cautiously optimistic. “Today things are coming together, both the master plan and mobility plan,” he says, pointing to a projected 150 new kilometers of BRT, as well as the subway and expanded bus-only lanes. “I don’t think there is any political, economic, or social room left to simply leave proposals on paper. Either you do it or the city becomes even more chaotic. People are aware that the city’s traffic has collapsed on itself. So much lost time for studying, working, friends, family, fun, etc. People are tired of this.”

If São Paulo can get it right, meanwhile, Bernardes is willing to accept that the real estate market could change along with it, especially for people whose job is likewise served by transit. “As soon as we have a decent transit network, without a doubt we have people that like this metropolitan lifestyle and would live without a car,” he says. For the legions stuck in São Paulo’s epic traffic, it’s still a frustratingly stop-and-go game of wait and see.