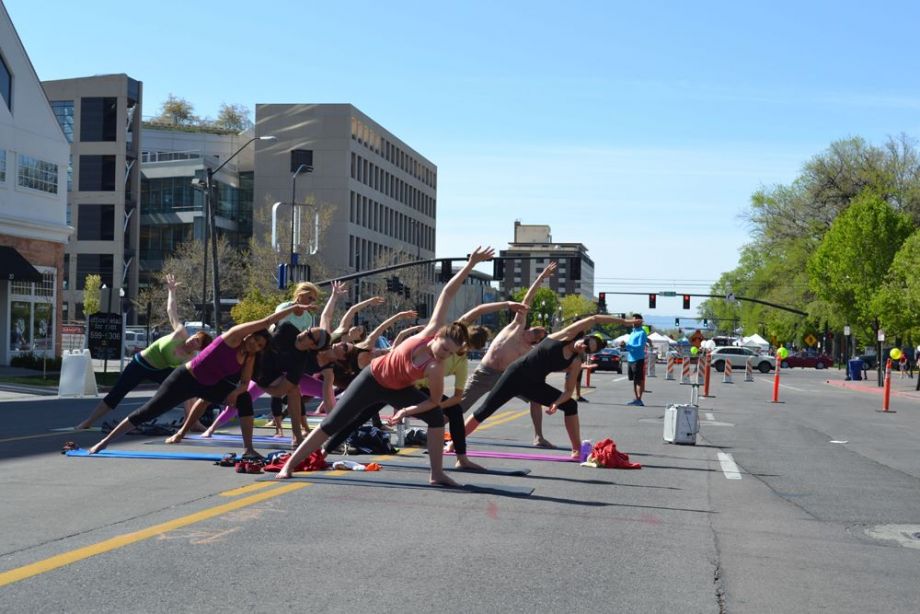 San Jose shut down six miles of streets to cars last fall, opening them up to pedestrians, bikers, skaters and even the odd pogo-stick-jumper for its inaugural “open streets” event, Viva CalleSJ. A survey released Thursday about the celebration showed that the event was hugely well-received, and both attendees and organizers hope the city will be able to do more open streets events in the future. This in the Silicon Valley region that’s notoriously auto-centric — in a county where around nearly 90 percent of commuters drive to work every day.

Nearly all of the 618 attendees who took the independent survey participated in at least some of the organized activities, and 86 percent said they would be “very likely” to attend future events.

The survey pinpoints a few of the elements that made the event successful. Not surprisingly, entertainment and food top the list. Entertainment was by far the most popular activity across all ages, and more than half of attendees visited one of the food trucks parked along the route.

Viva CalleSJ was also successful at getting people moving. Nearly half of attendees biked to the event, a third participated in an organized physical activity, like yoga or hula-hooping, and almost three-quarters of people said they got at least an hour of physical activity in at the event.

Organizer Carlos Velazquez of the Silicon Valley Bicycle Coalition told San Jose Mercury News that the event was designed to bring the city’s diverse community out to enjoy the day together.

Viva CalleSJ organizers say they’re working on getting funding for another car-free streets event, and hope to have plans soon. While most U.S. cities are a long way off from completely car-free downtowns, closing off certain streets to cars on weekends or for a specific event like Viva CalleSJ is becoming increasingly popular.