Giving Communities the Historic Preservation They Want – Next City 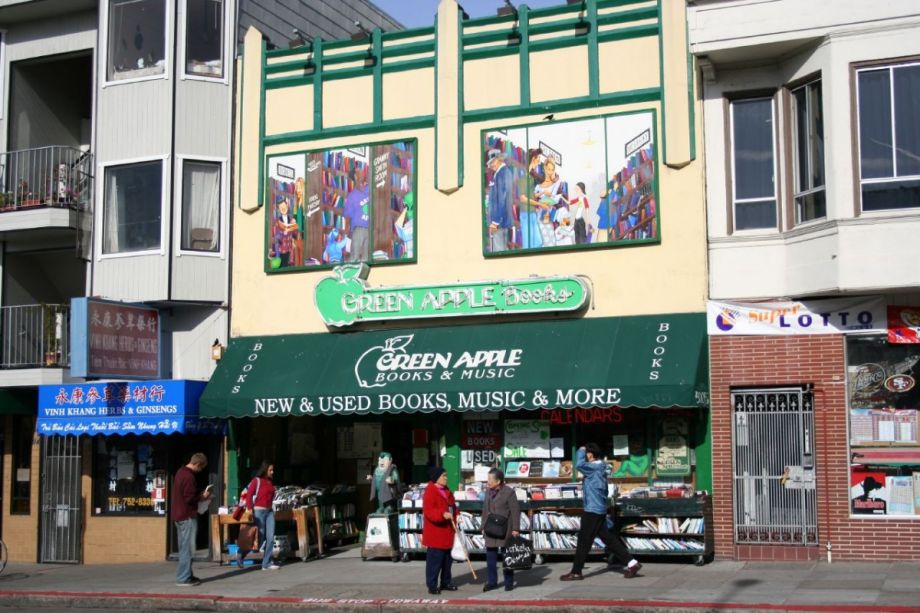 San Francisco’s Board of Supervisors adopted a resolution last week to designate a Cultural Heritage District in the South of Market neighborhood honoring the neighborhood’s Filipino residents and heritage.

SoMa Pilipinas is more than symbolic: It’s a tool that will possibly affect land use and economic development within the boundaries of the district, according to Supervisor Jane Kim, who authored the ordinance.

“It is not just about preserving our history and our culture. It is also talking about how we can use land use controls and economic development tools to make sure our community continues to stay in the South of Market for decades to come,” Kim told KQED. “We want to ensure our community leaders, our diversity, get to stay in San Francisco.”

SoMa Pilipinas is just one of many new ideas San Francisco is experimenting with in an effort to preserve places important to its quickly dwindling minority populations.

Among these experiments are density bonuses to developers who preserve cultural landmarks, and a first-of-its-kind program that helps longtime businesses pay their landlords as rents rise.

“Traditional” historic preservation has its critics, some with understandable concerns. Designating a building or neighborhood historic can lead to gentrification as “preserved” neighborhoods go up in value and become unaffordable to longtime residents.

Preservation also tends to focus on “aspects of history that are relatively narrow,” says Donna Graves, an independent historian whose study of San Francisco’s forays into this new world of intangible preservation was published in March.

Jim Buckley, a lecturer at MIT who coauthored the study says the city’s Legacy Business Historic Preservation Fund, which is currently being implemented, “seems to be popular.” It provides grants to long-standing businesses so owners of, say, a community’s favorite bookstore can stay afloat, and landlords can get closer to market-rate rents. “These programs are trying to help people who are living and working and using the buildings now,” Buckley says.

Another proposed preservation option is to offer developers a density bonus in exchange for them preserving space inhabited by a business that’s long been an anchor in a neighborhood, or community meeting space. Because there’s preserving, and then there’s preserving in place.

“[That plan] is an attempt to protect places that matter,” Graves says. “The … goals would not be reached if … they kept Green Apple Books but moved it to SoMa in the basement of some big luxury condo development. Green Apple Books is part of its neighborhood ecosystem and has contributed to that neighborhood’s identity.” The details of how the density bonus would work in San Francisco have yet to be worked out, since the measure is only a proposal.

Finally, much of what the city is doing is simply taking community engagement to a more advanced level.

Perhaps the best example of this engagement is in San Francisco’s Japantown, where a decade ago the city created a new neighborhood plan in response to a development proposal.

“San Francisco was really excited,” says Graves, who was part of the consulting team that worked on the plan. “This was a neighborhood where its history was going to be front and center. To the planners, [the idea was], ‘What can we landmark?’ And what we … found was the community really didn’t want those … preservation tools the planning department was able to offer.”

Many communities have reasons to be suspicious of the planning process, Graves adds, but to Japanese-Americans, some who remembered the internments during World War II, the plan reeked of government control. “There was a lot of skepticism to doing anything that put government-sponsored restrictions on property,” Graves recalls. “But at that point, [the planning department] didn’t feel they had the capacity to address what the community was bringing up, which was, ‘What we really want is for you guys to help us preserve our longtime businesses and community events that are really important to us.’”

A revised plan was published in 2013: The Japantown Cultural Heritage and Economic Sustainability Strategy (JCHESS) expanded a list of physical structures deemed culturally important to include intangible items like the annual cherry blossom parade, a children’s choir, and the Japanese American Citizens’ League’s annual crab and spaghetti fundraiser dinner.

Will the San Francisco proposals succeed in halting gentrification and displacement, or prevent neighborhoods from becoming unrecognizable to longtime residents? It’s too soon to tell, Graves and Buckley say. Even in SoMa Pilipinas, the new heritage district, the legislation doesn’t define what can or can’t be done in the district. The city still needs to buckle down and work with community groups to actually create the policies that will inform development in the district.

“Planners would tell you that they’ve been engaging the community in different ways for decades,” says Graves, who acknowledges that the process is difficult. “My perspective is that planning has tried to engage communities on more quantifiable aspects of their experience of urban space. Whether it’s the transit questions that might come up, or ‘Do we want sidewalks?’” But getting at, ‘What really gives my neighborhood its identity, and what is crucial to me and my neighbors in maintaining a sense of that neighborhood?’ is not a conversation that planners have had.”