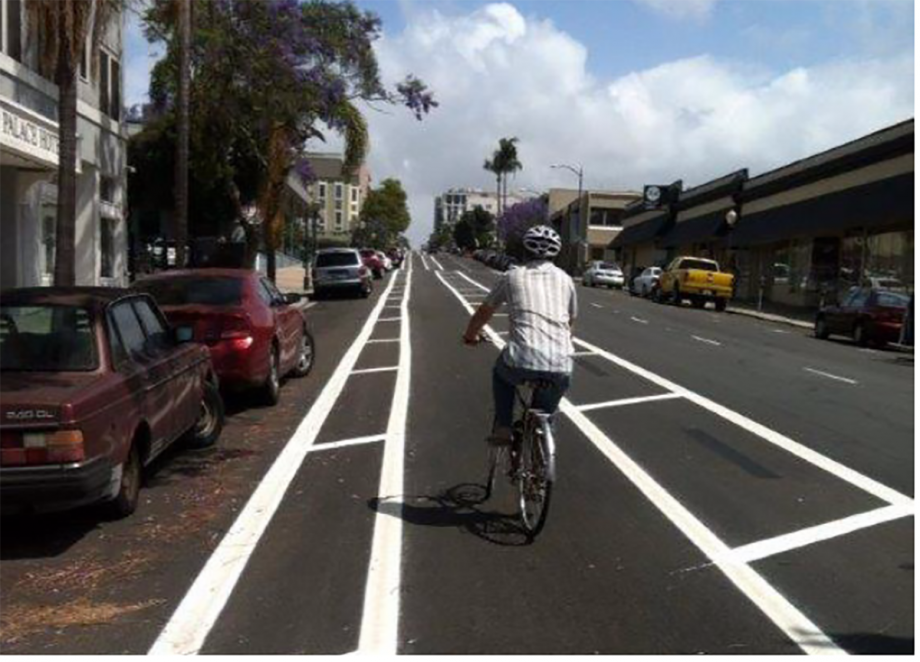 San Diego will soon join the growing list of American cities that have adopted plans to make city streets safer for all. Today, the California city announced its plans to develop a Vision Zero plan, aiming for zero traffic-related deaths by 2025. Circulate San Diego, a nonprofit that advocates for a more walkable, bikeable and transit-friendly city, also released a new report that it hopes will help Mayor Kevin Faulconer’s office with strategy and implementation.

“Vision Zero is an idea whose time has come in San Diego. We owe it to San Diegans to have safe streets. No loss of life is acceptable,” Circulate San Diego’s Director Jim Stone said in a press statement.

Circulate San Diego’s report says that while 83 percent of San Diegans get around by car, and only 16 percent walk and 1 percent bike, over half of all traffic deaths are pedestrians and 15 percent are people on bikes.

The infrastructure changes will cost money (about $15 million at the start, reports NBC San Diego) but Circulate notes that the cost of life is immeasurably larger:

The United States Department of Transportation calculated the economic value of a life in 2013 at $9.2 million, regardless of age, income, mode of travel, or any other factor.

The plan calls for updating policies that would impact implementation of safe street designs and decreasing driver speeds, among other measures.

“I’m making street repair the city’s top infrastructure priority,” Faulconer said. “We’re doubling the amount of street repair we do annually as we tackle head-on what is the number one complaint of San Diegans.”