Rio Commits to New Metro Line Over BRT – Next City 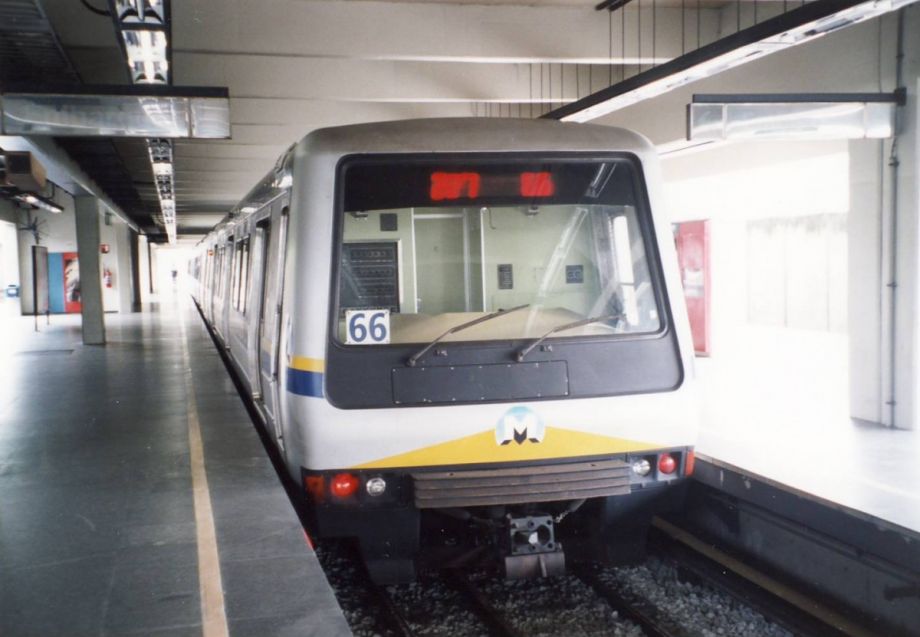 Rio Governor: BRT Won’t Cut It
Several North American cities that have contemplated rail transit have opted for bus rapid transit instead because of its lower construction costs. Meanwhile, in the Southern Hemisphere, such thinking has gained less traction. Case in point: a report in the International Railway Journal that notes that Luiz Fernando Pezão, the governor of Rio de Janeiro state in Brazil, has dismissed all talk of BRT as an alternate to a planned third metro line.

Pezão ran for election as governor of Rio on a pledge to build Line 3 of the Rio Metro as a metro. In his announcement confirming his pledge, he also said that a proposal for a monorail has been discarded, as neither would be able to meet forecasted travel demand in the corridor between Niterói and São Gonçalo.

Secretary of State for Development Marco Capute noted that while a BRT line could be completed sooner and would cost less, it would provide only a short-term benefit.

The metro line will use an existing railway corridor and be 22 km long. A public-private partnership will build the line, and the Brazilian federal government will provide the financing. Capute said studies would be completed next year in order for work to start in 2017 or 2018. The line should be finished five years after work starts.

Rio is the second-largest city in Brazil and the fourth-largest in South America. Its metro, whose first line went into service in 1979, is the first metro in tropical South America.

Boston Cuts Back Late-Night Transit Service
Where a number of cities, including London, Philadelphia and Washington, have expanded transit service in the wee small hours of the weekend over the last year, Boston is now pulling back from a pilot project that kept MBTA service running as late as 3 a.m.

WBUR reported last week that as of the weekend of June 26th, the late-night pilot program the MBTA began in March 2014 that added service on both the rapid transit and bus systems in the overnight hours on Friday and Saturday is being scaled back. Five late-night bus routes are being eliminated, and the last departures on the remaining lines will be moved back to 1:30 to 2 a.m. from 2:30 to 3 a.m. Service frequencies will also be reduced.

The T had expected the late-night service to require larger subsidies, but state transportation officials said when announcing the cutbacks last April that the current level of subsidy was unsustainable.

“The MBTA will continue to review and modify late-night service to meet customer needs in a cost-effective way while considering future alternative service delivery options,” the state Department of Transportation said in a statement. “ … Changes were made following a comprehensive review and public comment process in February and March of this year involving nearly 1,700 participants.”

Atlanta Streetcar Expansion Plans Run Into Equity Buzzsaw
The 2.7-mile Downtown Loop modern streetcar line in Atlanta, which began service at the end of 2014, is just the first phase of a far more ambitious plan to recreate a streetcar network connecting all parts of the city within the BeltLine, a former railroad turned recreational trail, for the first time since streetcars last ran in 1947. That plan, which calls for 50 miles of streetcar routes crisscrossing the city, has run into trouble in the Atlanta City Council because the southwest part of the city has been left out.

The Atlanta INtown Paper reports that when Atlanta BeltLine officials testified about the plan before the council’s Community Development Committee on June 23rd, several committee members criticized the omission of service to major Southwest Atlanta destinations and corridors, including Greenbriar Mall and Campbellton Road, from the expansion plan.

Council Member Keisha Lance Bottoms, whose district includes the area in question, criticized the officials’ plan, asking, “If you can run a streetcar from Peachtree Road in Buckhead and then on to Lee Street to connect with Fort McPherson, why can’t one be run on Campbellton Road?” (Like Buckhead, north of downtown, the Southwest district lies beyond the BeltLine. Most of the proposed streetcar lines lie within it except for one that runs north up Peachtree Road and another that follows an existing MARTA line to the south.)

Several council members and city residents voiced their concerns that the benefits of streetcar expansion were not being equitably distributed at the hearing. Deborah Scott, founder of a local nonprofit focusing on equitable economic development, said, “You look at this map for the streetcar expansion and you can see it’s a tale of two cities – the Northside and the Southside.” She also criticized BeltLine for not living up to its promise to bring jobs, economic development and affordable housing to all parts of the city.

Instead of sending BeltLine’s proposed expansion plan on to the full council, the committee voted to table the measure and called for more community meetings to address the equity issues.

Know of a project that should be featured in this column? Send a Tweet with links to details to @MarketStEl using the hashtag #newstarts.