The Republican Party Is Split on Inequality – Next City

The Republican Party Is Split on Inequality 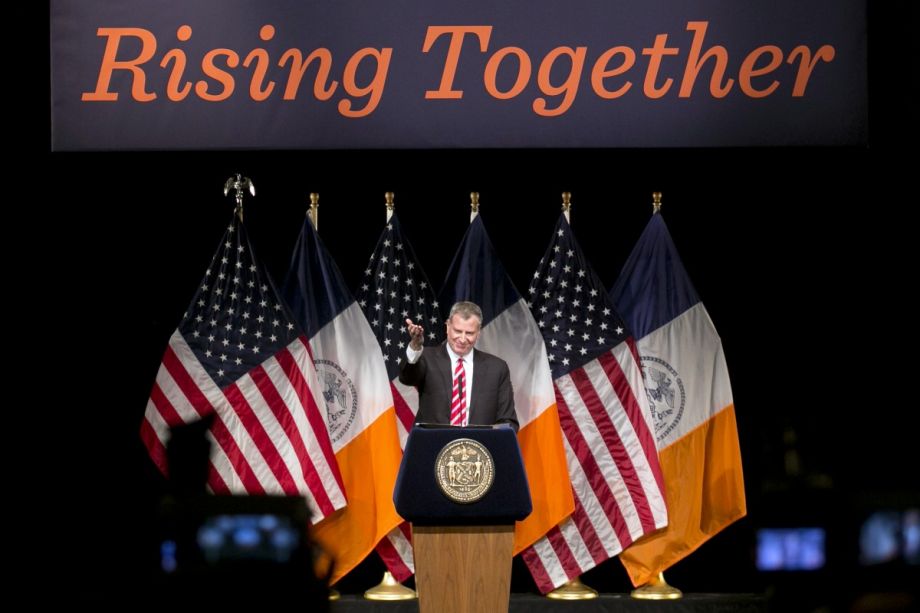 Inequality is such a hot-button issue in America that a 696-page book on the topic by a French economist is on the New York Times bestseller list. And a Pew Research poll from this January found that 65 percent of Americans feel that inequality has skyrocketed in the last decade. This week, Pew released data about why those respondents feel the gap between the rich and poor is growing.

The answers are all across the board, ranging from Congress to greed to wage gaps. But the largest contingent of responders, albeit a small one at 20 percent, feel that the country’s tax code and loopholes are the biggest driver of inequality. The politics of the tax-code-blaming contingent broke down like this: 26 percent said they were Democrats or Democrat-leaning independents, and 14 percent identified themselves as Republicans or independents who lean Republican.

I could point to countless examples of corporations exploiting all the holes in our tax code, from Caterpillar to Nike. And, if Pew’s poll is to be believed, 20 percent of Americans feel the wealthy and greedy corporations — are a big part of the problem. Problem is, what they’re doing isn’t illegal. Caterpillar dodged $2.4 billion in taxes without breaking a single law. “I think the wealthy have political clout that protects them from fair taxation,” one respondent to the poll wrote.

“There’s a really partisan side on the question of why has [inequality] increased,” Juliana Horowitz, a researcher at Pew, told me. “On the Democrat side, they seem to feel that the tax system benefits the wealthy and it’s unfair towards lower-income people. That is clearly the prevailing answer from Democrats and independents who lean democratic.”

Political pundits like to talk about the splintering of the Republican Party, and nowhere is that more obvious than in how they feel about inequality.

What does all this data mean? It wouldn’t be unfair to call it unsurprising. We already know how each party feels about inequality, you say. This poll just reaffirms it. But what I find most encouraging is when you look in America’s cities grappling with worsening inequality from Detroit to New York to Los Angeles there’s a common thread — Democratic administrations are in place. And while inequality is something that also needs to be tackled in Congress, it certainly helps to have progressive mayors, from the party that is more concerned about this issue, at the helm in cities.