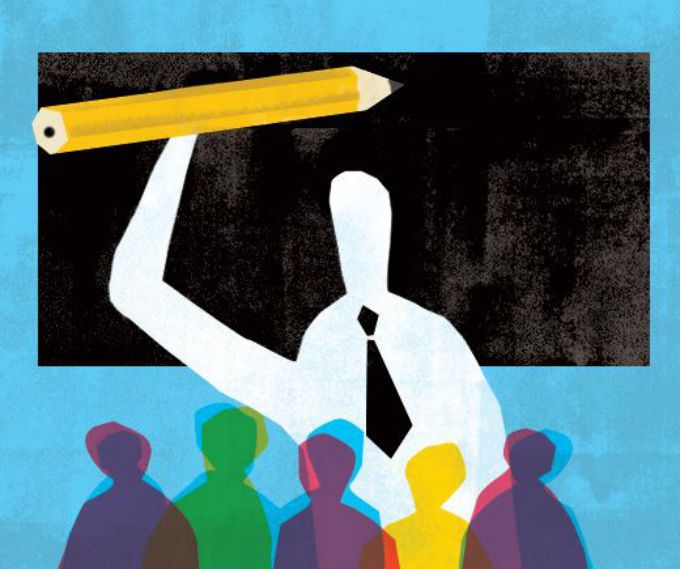 Poor students in the U.S. often receive educations comparable to those of children in the developing world, according to a report presented last week to the U.S. Department of Education.

“While some young Americans — most of them white and affluent — are getting a truly world-class education, those who attend schools in high poverty neighborhoods are getting an education that more closely approximates school in developing nations,” the report states.

The findings, compiled by the Equity and Excellence Commission — an independent group consisting of more than two dozen leaders in the education field — further estimate that racial disparities in education cost the country about $50 trillion in unfulfilled earning potential. If African-American and Hispanic students performed at the same level as white students for the next 80 years, in other words, they would contribute that staggering amount, more than three times current GDP, to the economy.

Clear differences in how much communities can or will invest in their students help explain the inequality. As the report states, “The common situation in America is that schools in poor communities spend less per pupil — and often many thousands of dollars less per pupil — than schools in nearby affluent communities…This is arguably the most important equity related variable in American schooling today.”

The Equity and Excellence report had a national scope, but a second report highlighting graduation rates in cities across the country shows how the problem manifests locally.

Take Philadelphia: The school district here is currently in the throes of an intense debate over school closures proposed by new superintendent William Hite. But to step out of the current upheaval and take the longer view, Philadelphia students are living out the dire situations documented in the Equity report.

The Equity and Excellence Commission pointed to disparities in graduation rates as one of the massive weights dragging down the U.S. economy and education system. “Simply achieving a 90 percent graduation rate for students of color would add as much as $6.6 billion in annual earnings to the American economy,” the report states.

Meanwhile, Philadelphia has the unfortunate distinction of housing 177 of Pennsylvania’s 406 lowest achieving schools. That’s 44 percent, with 19 schools added to the list in the last year.

The report hammered home its diagnosis with a reminder of the country’s growing segregation problem:

Our education system, legally desegregated more than a half century ago, is ever more segregated by wealth and income, and often again by race. Ten million students in America’s poorest communities — and millions more African American, Latino, Asian American, Pacific Islander, American Indian and Alaska Native students who are not poor — are having their lives unjustly and irredeemably blighted by a system that consigns them to the lowest-performing teachers, the most run-down facilities, and academic expectations and opportunities considerably lower than what we expect of other students.

This doesn’t bode well for urban schools where parents, teachers and activists from New York to New Orleans are pushing specifically for diversity in classrooms.

In Philadelphia, Paul Levy of the Center City District, a business-led organization supporting downtown economic development, has seen a similar desire for strong, diverse public schools among the burgeoning class of urban parents.

“You have a whole group of parents in their late 20s, 30s and 40s who grew up in the suburbs who are focused on ‘this is an international society, I want my kid not to grow up in the homogenous world I grew up in,’” Levy said. “‘I want diversity, I want to live in a city.’”

Center City is home to some of Philadelphia’s best public schools, with active parent support groups capable of advocating and mobilizing resources for their children’s schools. (A recent column on the CCD-run website kidsincentercity.com tells the story of parents who started a school support organization before their first pregnancy.) But Center City is also the wealthiest district in the city, so stories of communities moving to support public education do not contradict the outlook of the Equity Commission’s report.

The Commission repeatedly stressed that handwringing over the state of the nation’s schools has been going on for decades. A new emphasis on the economic costs of the nation’s educational inequities, the authors note, may spur change where other statistics have failed to do so.

In a foreword to the document, Rep. Chaka Fattah of Pennsylvania wrote, “We can no longer afford to deny any child, let alone entire communities, the opportunity to learn, achieve and compete. What was once a question of justice and fairness is becoming a question of economic survival and success.”