Op-Ed: Aim for Diverse Schools, But Don’t Leave it Up to Charters – Next City

Op-Ed: Aim for Diverse Schools, But Don’t Leave it Up to Charters 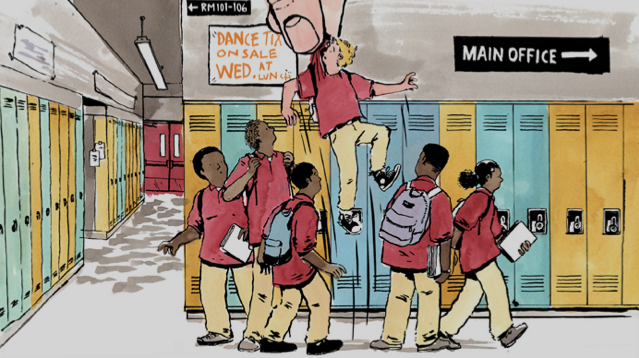 Last month, charter school operators across New York City submitted letters to local parent volunteer groups announcing plans to site new charter schools. Some of these operators are increasingly touting the benefits of racially and economically diverse schools, and even suggesting that charters represent an alternative to the hopeless degree of segregation found in traditional public schools. Their message is consistent with an emerging media narrative placing charters at the forefront of a 21st-century school diversity movement.

As advocates for school diversity, we find the goal of creating diverse charter schools laudable. We have serious concerns, however, with any account that ignores the primary role that traditional public schools can and must play to achieve integration.

Over the last two decades, American cities of all sizes have witnessed what some are calling a “reversal” of white flight. Although its causes, consequences and meanings are hotly debated, this phenomenon — more than anything charter schools are doing — has led to a renewed interest in racial and economic diversity in urban schools, and schools of all kinds.

Putting aside the issue that they are usually more segregated than traditional public schools, charter schools are, by design, poorly situated to advance integration. Integration is a systemic strategy requiring cooperation across a school district, whereas charter schools are independent entities with atomized governance. In New York City, at least, the adversarial posture of many charter schools toward district-run schools (one of the aforementioned letters cited “lagging middle-class schools”) further diminishes their potential as tools of systemic change.

Isolated pursuit of an acontextual definition of “diversity” in a small number of charters can lead to less integration across a school system as a whole. In an urban district, each school’s enrollment patterns and demographics are affected by those of other schools nearby. Depending on the school’s demographic targets and its success in recruiting, the introduction of a “diverse” charter could draw white and middle-class families away from existing schools, thereby increasing racial isolation and poverty concentration.

The primary concern we have with the diverse charter school narrative, however, is the idea that segregation in traditional public school is intractable. This assumption simply doesn’t jibe with research, and what we see happening all around us in New York City. We note first that, nationally, magnet schools continue to be effective tools for integration and outperform charter schools on a host of metrics. In contrast to the adversarial and competitive stance of charter schools we see in New York, federal Magnet School Assistance grants encourage cooperation among multiple schools and have a built-in review process to avoid destabilizing the diversity of surrounding schools.

Although many parents still choose segregated enclaves, there is mounting evidence that middle-class parents in New York City prefer diverse schools and crave leadership on this issue from school officials. We see organized diversity advocacy by parents of all backgrounds across large areas of Brooklyn and Manhattan. In Park Slope, for example, two elected parent bodies worked with the city’s education department to create a student-assignment plan to promote diversity — the first since the administration was centralized more than a decade ago. Department leadership states that this plan will now be a model for schools across the city.

Historic demographic shifts in cities and suburbs, coupled with a growing awareness that the U.S. will become a majority-minority nation within the next 30 years, drives the increasing interest in school diversity. Although they will not lead the movement, charter schools that value integration over isolated “diversity” can play a supporting role by collaborating with public schools that share the same goal.

Khin Mai Aung is director of the Educational Equity Program at the Asian American Legal Defense and Education Fund (AALDEF), where she advocates for integration and diversity in K-12 and higher education. David Tipson is director of New York Appleseed, which advocates for equity of access and fair allocation of resources to schools and neighborhoods in New York City. The authors are members of the steering committee of the National Coalition on School Diversity. The opinions expressed in this article are the authors’ own and do not necessarily reflect those of the Coalition.