New York City Has a Millennials Problem – Next City 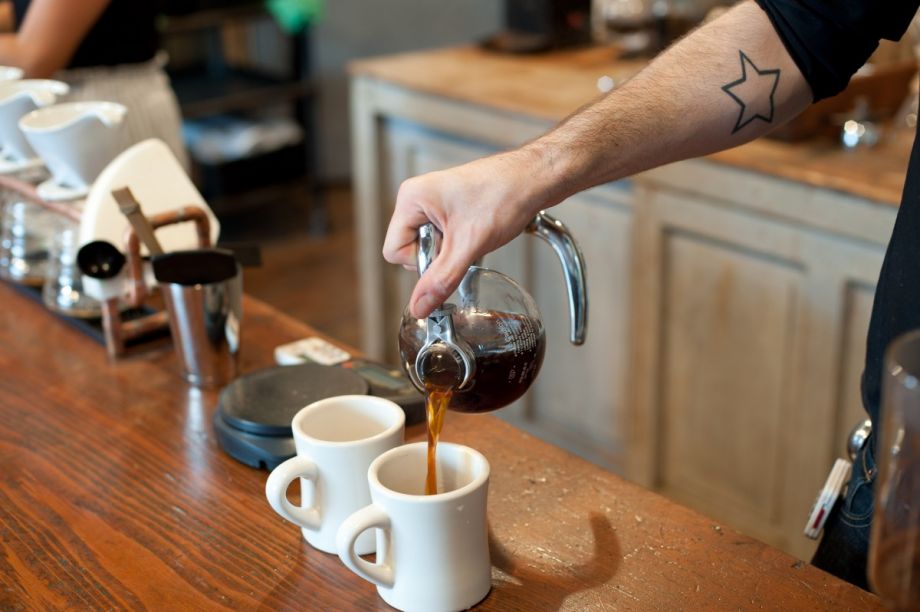 In New York City, a town that has always attracted young people seeking opportunity, the Great Recession left an indelible mark on millennials, nearly one-fifth of the population. NYC Comptroller Scott Stringer released a report this week detailing how young workers’ earnings and life choices have been affected by the economic slump, which coincided with their entrance into the workforce.

According to the report, NYC’s 1.6 million millennials are caught between a rock and a hard place in the employment-education matrix: Real wages in most industries are lower than they were for the previous generation but even entry-level positions increasingly require some level of college education, which is more expensive than ever before to attain. Young people need to go to college in order to compete for jobs they’re overqualified for, and that don’t pay well enough to settle their debts. (Stories about millennials’ employment and financial struggles aren’t new, of course, and many attribute Democratic presidential candidate Bernie Sanders’ young voter appeal to the generation’s dissatisfaction.)

The comptroller’s office drew on data from the U.S. Census Bureau and Department of Labor to compare the economic prospects of young workers (born between 1985 and 1996) before, during and after the recession in New York City and nationwide. In some ways, the data demonstrates that transitioning to adulthood has been more difficult in New York City, with its housing cost inflation and high rates of competitiveness. Among NYC millennials, rates of unemployment and “idleness” — not being in school, in the workforce or caring for children — are still higher than the national average. Black and Hispanic millennials in the city are more likely than white and Asian youth to be unemployed and idle, and are leaving New York at higher rates than they are moving in.

Overall, New York City youth, the report finds, are better educated than the national norm and live independently at higher rates. Idleness, crime and childbirth among young people have decreased since 2007 and are continuing to decline.

The U.S. economy lost over 8.7 million jobs between 2008 and 2010, jobs not regained until early 2014. During those six years without net job creation, over 22 million millennials entered their working years nationwide. In New York City, unemployment for young people peaked at over 18 percent in 2009, nearly 4 percentage points above young people nationally and more than 8 percentage points above the city’s overall workforce. As of 2015, 9.1 percent of workers aged 18 to 29 remain unemployed, a rate 78 percent higher than the city as a whole.

Those numbers don’t factor in idle young people, either — those who have given up searching for work and are not in school or caring for children. In 2014, 162,000 young people were considered idle in New York City, down to 10.1 percent from 12 percent in 2000. The national rate has stayed stable at 8.3 percent, but its geography has shifted. The percentage of idle young people dropped in 24 of 28 major cities for which comparisons between 2000 and 2014 could be made, while idleness among young people outside of those cities increased from 8 percent to 8.4 percent. New York remains near the top of major cities in this measure: Though the “idle rates” dropped for all racial/ethnic groups from 2000 to 2014, 13.7 percent of black and Hispanic and 7 percent of Asian millennials were categorized as idle, compared to 5.6 percent of white millennials.

For those young people who are employed in New York City, wages are dramatically lower at every age compared to earlier generations. Between the ages of 19 and 22, millennials are making 35 percent less than previous generations did at that age; between the ages of 26 and 29, they make 11 percent less. That means the average employed 23-year-old in New York made about $27,700 a year in 2000 (in 2014 dollars), but only $23,500 in 2014.

The report notes that if this were only a temporary effect of the recession, then young people who entered the labor market several years after the recovery should not see a wage gap. But this is far from the case, suggesting a lasting depression in earnings opportunities for young workers in New York City. The gap is even wider in the nation as a whole. While employed 29-year-olds in the city made about 10 percent less in 2014 than their counterparts in 2000, in the rest of the country the difference was about 13 percent.

In arts and entertainment, a mid-wage industry considered the fastest-growing sector for young people in New York City, the real wages of young workers fell nearly by 26 percent between 2000 and 2014. Among the second- and third-fastest growing employment sectors — hospitality/food service and retail trade — real wages fell by about 16 percent. On the flip side, real wages for young people in finance rose 14 percent between 2000 and 2014.

Technology and advertising are the rare beacons of hope in this scenario. Employment for 18-to-29-year-old New Yorkers have increased in both these industries, where young workers earn more than 50 percent the average incomes for all young workers.

A college degree is also no longer a strong predictor of a well-paying job. “The linkage between higher education and employment has weakened,” notes the report. The percentage of young workers with at least some college education working low-wage jobs has increased from 52 percent in 2000 to 63 percent in 2014. In all, about a third of NYC millennials employed in low-wage industries have a bachelor’s degree.

And millennials drawn to New York are particularly likely to be well-educated: Eighty percent of 23-to-29-year olds who live in the city but were born elsewhere had a bachelor’s degree or higher, compared to 71 percent of millennials in the country.

The report does note some bright spots. Crime rates in the city have continued to fall among young people, from an estimated 2.1 percent in 2008 to an estimated 1.3 percent in 2015. Birthrates among youngest millennial women plummeted 31 percent from 2007 to 2013. Despite lingering high rates of idleness, 15,000 fewer young people were disengaged from the labor force or formal education in 2014 compared to 2000.

However, the positives aren’t equally shared among all NYC millennials. Black and Hispanic young people remain unemployed at much higher rates and are increasingly leaving the city even as white and Asian millennials continue to flock in. Between 2010 and 2014 about 88,000 young adults moved to the city each year from elsewhere in the U.S, while about 85,000 departed the city annually. About 61 percent of the 18-to-29-year-olds migrating to the city from outside New York were white and about 43 percent leaving were also white, resulting in a net in-migration of about 83,000 in those five years. With a 58,000 net in-migration between 2000 and 2014, young Asian people are the fastest-growing cohort.

Black millennials, on the other hand, comprised nearly 20 percent of young out-migrants from the city during the same period, but only about 9 percent of in-migrants, creating a net loss of almost 42,000 over five years. Hispanic young people are currently the largest racial/ethnic group of NYC millennials, but have been leaving the city at about equal numbers to black millennials.

The report doesn’t look forward optimistically to more stable careers for young people who may have found themselves in low-wage, low-opportunity jobs during their formative years, and largely considers broad solutions as beyond the capabilities of local government. (Paging national policy.)

But it does conclude that state and city policies that foster a good business climate in New York will benefit millennials. Raising the minimum wage, paying workers fairly for overtime hours, keeping public universities affordable, reducing the burdens of student debt, creating more affordable housing, increasing effective workforce training and summer employment opportunities, and changing approaches to criminal justice would all have disproportionately positive effects for young people. The report concludes with a warning, and look to the next generation: “The economic challenges they face may not turn out to be unique at all, just the first wrenching readjustment to a world in which a young person’s path to career opportunity and financial security becomes more and more constricted.”