Four Cities Get Support to Combat Segregation With Public Space 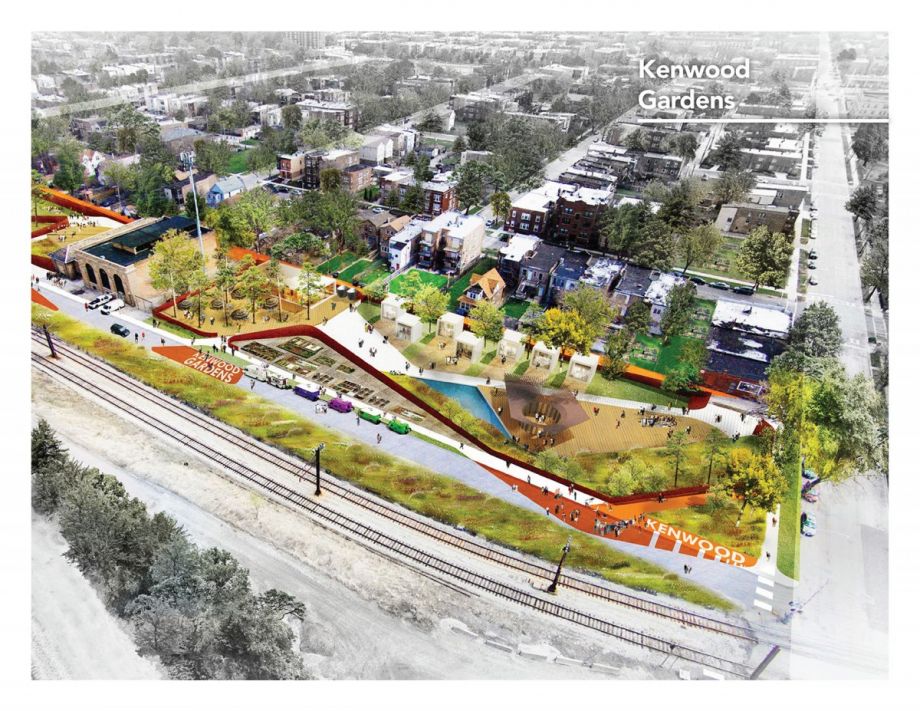 Detroit, Akron, Chicago and Memphis will get a collective $40 million to invest in their public spaces in an effort to counter recent trends toward worsening social and economic segregation. Four national foundations — the JPB Foundation, the John S. and James L. Knight Foundation, The Kresge Foundation and The Rockefeller Foundation — announced today that they will invest a total of $20 million for civic space in improvements in these cities. The other $20 million will come from local sources. The program, titled “Reimagining the Civic Commons,” launched as an ongoing pilot in Philadelphia in 2015. (The Kresge Foundation also provides funding support to Next City.)

“We see this as a series of local experiments to interpret a common theme: What is the purpose of community spaces like parks, libraries, municipal buildings or even sidewalks? What binds us to place and to each other?” said Alberto Ibargüen, Knight Foundation president, in a statement. “Citizen engagement must be a cornerstone of our rethinking how to use great civic spaces for today’s diverse and inclusive communities.”

The four cities will use the funding to create connections between existing public and civic spaces. In Akron, investments will focus on linking the Civic Gateway, Summit Lake Park and Park East via Ohio & Erie Canal Towpath Trail. In Chicago, the funding will transform three sites on the South Side: turning a former bank into an arts venue focusing on architecture and black culture, an elementary school into artist studios and a maker space, and a stretch of 13 vacant parcels into a park and community garden. A fourth site on the West Side, a former powerhouse, will become a center for industrial fabrication and training.

Detroit’s projects aim to connect two anchor institutions in the Livernois-McNichols area, a neighborhood considered the number one revitalization priority by Mayor Mike Duggan and home to both University of Detroit Mercy and Marygrove Collage. The Civic Commons funding will target the area between the universities, creating a network of public and community-oriented commercial spaces within walking distance of one another. In Memphis, the focus will be on reconnecting the Fourth Bluff — four downtown blocks deeded for public use by the city’s founders — with the riverfront and other downtown spaces.

In the program’s pilot, Philadelphia invested $11 million over the course of three years to revitalize and jumpstart five projects around Center City, including a riverfront bike and pedestrian trail, an elevated park, an outdoor youth education center, and a renovated library and park space. According to a press release, that initial investment spurred legislative action which resulted in an additional, unprecedented $300 million investment in parks, recreation centers and libraries.

The initiative has been driven by the recognition that Americans are living in increasingly segregated neighborhoods. A 2014 report shows that the economic segregation is on the rise: The number of high poverty neighborhoods in core urban areas has tripled, and their population doubled between 1970 and 2010. At the same time, Americans spend less time together in social settings, trust each other less and interact less frequently with people whose social and economic experiences differ from their own.

“Our libraries, parks, community centers and schoolyards once served rich and poor alike as neutral ground where common purpose among people was nurtured,” said Rip Rapson, president and CEO of The Kresge Foundation, in a statement. “By creating more places where people share experiences with people who are different from themselves, we can begin to bridge longstanding economic divisions and create new opportunities.”