Akron Planners Ride the Canal to Downtown Revitalization – Next City 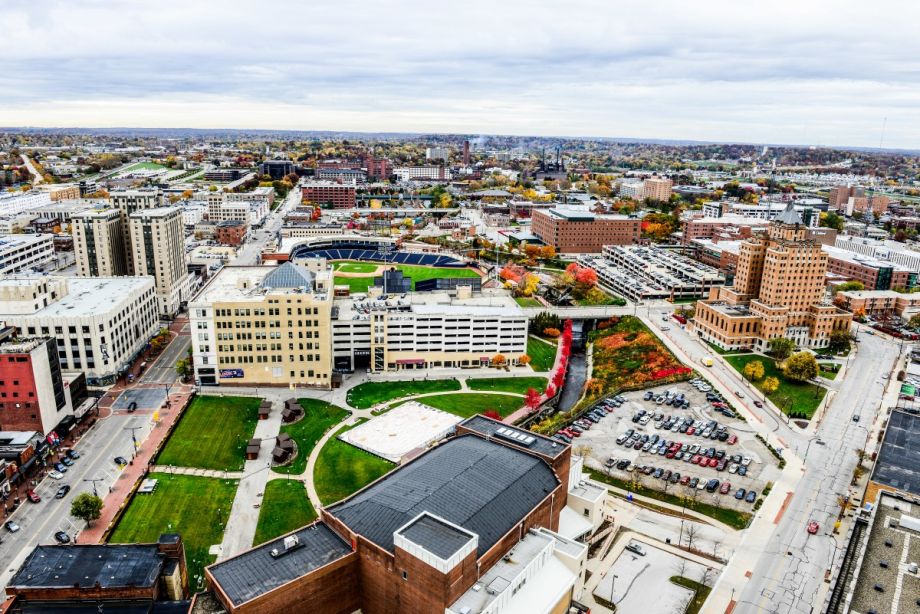 Akron, Ohio, is the city the canal built. Once at the apex of a bustling interstate canal system, Akron is still geographically defined by the Ohio and Erie Canalway, a 300-mile-long manmade river between Lake Erie and the Ohio River that slices directly through Akron’s downtown.

Running parallel to the waterway is the Towpath Trail, along which horses and mules once trotted, towing boats during the canal’s heyday in the mid-1800s. Before railroads became the freight transportation mode of choice, the canal was Akron’s main economic driver.

Today, the city is banking on the Ohio and Erie Canalway becoming an economic boon once again — with the Towpath Trail central to its vision.

“Really this is the most affordable and free recreational resource that’s accessible to everybody,” says Dan Rice, CEO of the Ohio and Erie Canalway Coalition (OECC), a conservation nonprofit that has been developing the trail since 1989. “And people not only use the Towpath Trail as a recreation resource, they also use it as a transportation resource.”

Thanks largely to the OECC’s efforts, the Towpath is now an 85-mile biking and hiking trail from Cleveland to Portsmouth, with two miles of trail running through Akron’s downtown. Now, with more than $750,000 of support from the Knight Foundation, the OECC, city of Akron, and Downtown Akron Partnership are working to improve the trail by better integrating it into the downtown fabric. Dubbed the iTowpath project, the process began with a three-day public hearing last March, facilitated by Chicago’s Alta Planning and Design. OECC held meetings and utilized WikiMaps to source feedback about where the trail could be improved or better maintained. Six enhancements identified in those meetings were implemented in 2015, and 16 more are slated for this year.

“One of the issues that presented itself through the community engagement process was the need for a better wayfinding system,” says Suzie Graham, president of the Downtown Akron Partnership. The trail transforms several times in the two miles that it passes through the city, beginning in the Cuyahoga National Park just north of the city, and concluding in the Summit Lake neighborhood to the south. (Both sites are finalists in this year’s Knight Cities Challenge.) Sometimes the trail is a separate, dedicated path; other times it integrates with existing sidewalk.

In addition to more signage to help people stay on the trail, clearer connections are being made between the Towpath and other Akron attractions. Last year a connection to the Akron Zoo was completed; this year more will be added to the Akron Art Museum and the Northside District.

“We want to make sure that users of the trail are also users of the amenities in the downtown area, and vice versa,” says Graham.

Other improvements include installing more bicycle repair stations, striping sections of dedicated bicycle lane on Main Street and adding art to underpasses. Katelyn Freil, OECC’s communications coordinator, says public comment unearthed a previously untapped desire for the city to “brighten it up, add more lighting, add a mural, so that people know this area is taken care of and it’s paid attention to.”

The underpass improvement project turned out to be the perfect opportunity to involve OECC’s new advocacy board, a volunteer coalition of young professionals between the ages of 25 and 40 that includes designers, landscape architects and contractors.

Rice says these young professionals represent precisely the demographic Akron hopes to attract with the Towpath Trail and other canal development — plus the jobs and businesses that will retain them.

Graham, of the Downtown Akron Partnership, says recognizing and utilizing the canal as an asset is a major step toward that goal. “Downtown has evolved really with the canal at the center, [but] our development over the last half-century has been oriented with the canal to its back,” she says.

Today that’s changing, she says, in part thanks to the Towpath Trail, as developers recognize the new appetite for urban density and more active transit options.

The trail is good for business, says Rice, and the OECC is currently undertaking a study of the economic benefits.

“Right now, within the span of the iTowpath project, there’s probably been at least $100 million of community and economic development impact,” estimates Rice, in the form of a new baseball stadium, concert venue, multiple condominiums — all right on the banks of the canal.

The OECC and partners, say Freil and Rice, want the trail to be a valuable resource for all of Akron’s residents — not just the young, professional crowd. The section of trail being improved in iTowpath ends at Summit Lake, one of Akron’s lowest-income neighborhoods.

“We’ve had people, through this process, tell us how they use the Towpath trail to ride to work, they use this to go to the school, go to their libraries. We really need to make this accessible to everybody, regardless of income, regardless of where you’re located around the area,” says Rice.

“The Ohio and Erie Canal was about economic development, and all we’re doing is trying to achieve that again.”