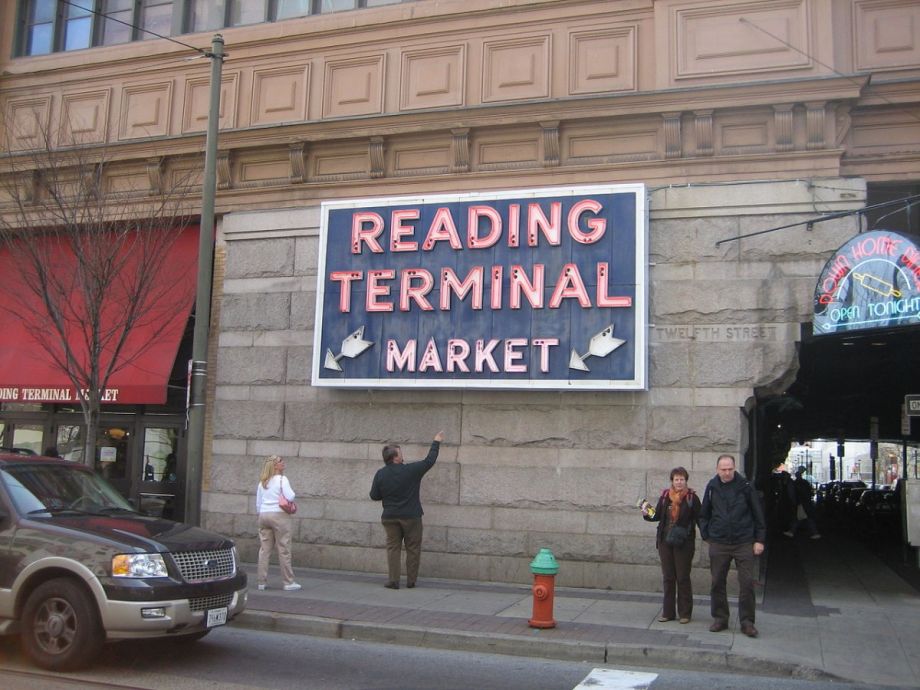 An initiative to connect Philadelphia’s immigrant communities through cooking classes at the city’s Reading Terminal Market is one of 158 finalists announced today in the Knight Cities Challenge. (Photo by Eugene Kim)

Create a kayak-sharing program to explore Miami’s waterways. Train kids to monitor environmental conditions in Detroit. Ignite entrepreneurship in Philadelphia through the power of hip-hop. Encourage St. Paul residents to engage in placemaking — on their own front lawns.

Those are just a few of the 158 community-transforming ideas that the John S. and James L. Knight Foundation announced today as finalists in its second annual Knight Cities Challenge.

The foundation says it received more than 4,500 submissions from designers, urban planners, nonprofits, individuals and municipalities in its 26 target communities (all places where the Knight family has run newspapers) with visions for how to help their cities succeed. The winners, to be announced in spring 2016, will realize their designs through a share of the $5 million prize.

Like last year’s finalists, the proposals are a glimpse into the challenges facing America’s cities today. Transforming vacant lots and underutilized spaces into community assets is a consistent theme. So is encouraging entrepreneurship among young people, low-income communities, and communities of color, especially in Detroit and Miami. In Detroit alone, half of all 20 finalist proposals involve job training or creating business incubation spaces.

Several proposals attempt to create bridges between diverse populations. In Akron, one project would bring together “residents from different sides of Summit Lake who don’t traditionally interact through a meal and celebration that encourages use of the lake as a shared resource.” Food — and beer — were among the most popular means proposed to create new connections.

Several applicants also hope to connect urban populations to the natural environment, by making better connections between parks, improving bike infrastructure and encouraging recreation on urban waterways. Making the civic process more transparent and accessible, through apps or pop-up events, was a consistent theme too.

“The finalists reflect what the Knight Cities Challenge is about: uncovering new civic innovators and motivating people to realize ideas — big and small — that can contribute to the success of their cities,” said Carol Coletta, Knight Foundation vice president for community and national initiatives, in a press release.

This is the second outing of the Knight challenge, a three-year, $15 million commitment overall. Some of last year’s winners, since implemented, include porch swings in public places to encourage conversation in Charlotte, North Carolina; pop-up pool beautification in Philadelphia; and a culinary incubator in Gary, Indiana.

From the press release, here are some of the innovative finalist ideas from cities around the U.S.

One Lake One Community by #KenmoreUnited (submitted by Nolan James): Bringing together residents from different sides of Summit Lake who don’t traditionally interact through a meal and celebration that encourages use of the lake as a shared resource.

Cuyahoga Explore-a-Foot (submitted by Brian Davis): Encouraging visitors to explore remote regions of Cuyahoga Valley National Park by providing services and amenities, such as help with travel arrangements and baggage transport, that make it more accessible.

CrownTownHall by city of Charlotte (submitted by Jason Lawrence): Helping residents more easily connect with their local government and get involved with civic issues through pop-up events where they can meet elected officials, sign up for city services, and review area planning efforts.

Queen City Quiz Show by Charlotte Is Creative (submitted by Tim Miner): Creating a mobile quiz show that will team local musicians and artists with cultural groups to entertain, enlighten and challenge diverse communities with questions about the city from the trivial to the pertinent and controversial.

The Underground Order of Tactical Urbanists (submitted by Chad Rochkind): Creating a network of tactical urbanists who collectively select a single urban challenge each year on which to focus quick, low-cost, creative improvements.

Permit Corps by Michigan Municipal League Foundation (submitted by Samantha Harkins): Making it easier to get stuff done in Detroit by connecting students who can provide free expertise on navigating city regulations and codes to residents who need their services.

Walk In, Don’t Knock by Charles H. Wright Museum of African American History (submitted by Juanita Moore): Creating a new public plaza at the Wright Museum, the world’s largest African-American history museum, to provide a public space for residents to connect around cultural and community issues.

The Green Turn-Up Effect by Detroit Future City Implementation Office (submitted by Shari Williams): Training youth on environmental sustainability and landscape architecture to educate them on transforming vacant lots, creating profitable business models through this work, and implementing what they learn; youth will partner with community members to develop their ideas.

Going beyond bike-share, one Knight Cities Challenge finalist wants to connect Miami residents to the water through a kayak-sharing program. (AP Photo/Lynne Sladky)

Community Asset Platform by Center for Applied Transect Studies (submitted by Hank Dittmar): Creating an online platform that will map neighborhood assets and underused public areas (vacant lots, empty storefronts) and engage residents in redevelopment efforts; the platform would help connect residents to collaborate on projects, and highlight funding sources and other information.

Living With Water: Miami Beach Blueways Connector by city of Miami Beach (submitted by Judy Hoanshelt): Creating a kayak-sharing program that will build on Miami’s transportation network and introduce people to the city’s waterways and unique aquatic ecosystems; kayak stations would be located close to existing bike-share, car-share and transit hubs.

Open Source Democracy by Engage Miami (submitted by Gabriel Pendas): Creating an app that provides information on issues that the Miami-Dade County Commission and other municipalities are voting on, and allows residents to discuss and cast their own vote on how they feel about a particular issue.

Front Lawn Placemaking by The Musicant Group (submitted by Max Musicant): Transforming front lawns from empty expanses of grass to vibrant places full of life through the development of a toolkit that encourages residents to create community hubs on their doorsteps.

Civic Shed by St. Paul Riverfront Corp. (submitted by Tim Griffin): Creating an accessible set of public space prototyping tools, such as landscaping elements and seating — and places to store them — for use by community groups to test neighborhood improvements.