This Fun Run Shows the Crazy Borders of a Gerrymandered District 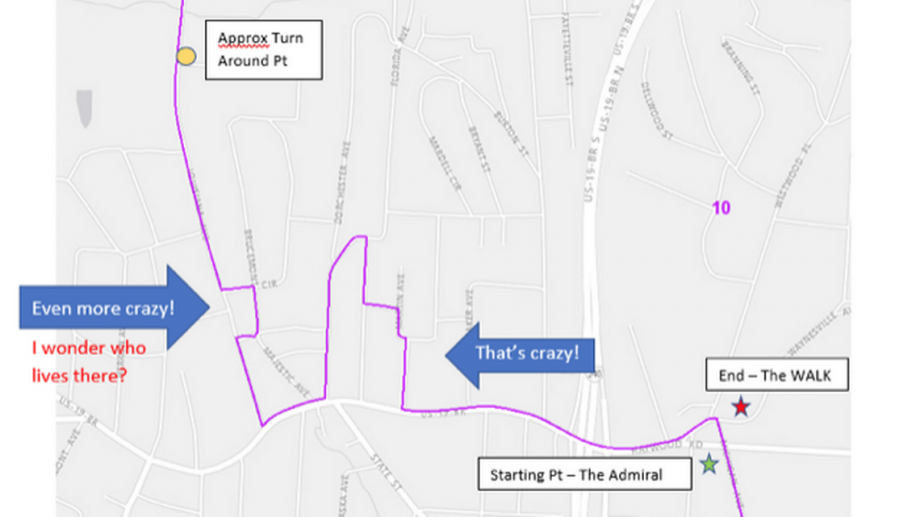 (Credit: The League of Women Voters of Asheville-Buncombe County)

Gerrymandering is the dirty little open secret of both political parties — but it came into sharp national focus last year with North Carolina’s House Bill 2, which banned transgender people from using the appropriate bathroom. The same bill stripped cities and counties of certain powers around employment discrimination and became an alarming example of the trend in which red statehouses overrule blue city halls, all thanks to district lines divorced from geographic boundaries.

Now, an Asheville, North Carolina, resident wants to show the extremity of the state lawmakers’ gerrymandering in a very Asheville way: with a 5K race.

“I saw how district borders were affecting our ability to make laws,” he recently told Runner’s World. “I was so mad that I couldn’t even find out who my representative was to write to them.”

He partnered with the League of Women Voters of Asheville-Buncombe County to create the Gerrymander 5K, which will take place on November 4. The race will snake down side streets and around houses to follow the border of the state’s 10th and 11th congressional districts, which, the News & Observer reports, have helped elect two Republicans to represent the mostly Democratic city.

It’s meant to be “a visceral experience of how gerrymandering divides our communities and doesn’t make sense,” Alana Pierce, president of the League’s Asheville office told Runner’s World. “Why include this house but not another?”

North Carolina, of course, is not alone. In Pennsylvania, gerrymandering also lumps cities in with rural areas that have vastly different needs. Take the city of Reading, which Jen Kinney covered for Next City earlier this year.

Gerrymandering “dilutes Reading’s ability to gain any kind of political power in terms of representation,” Judy Schwank, a state senator who represents the city at the state capital, told Kinney. “No matter who is representing that particular district, they have a much larger portion of population in Lancaster County, which is much more Republican-leaning, which allows them to kind of ignore the needs of Reading itself. And this is a city with quite a few needs. We’re one of the poorest urban areas in the country.”