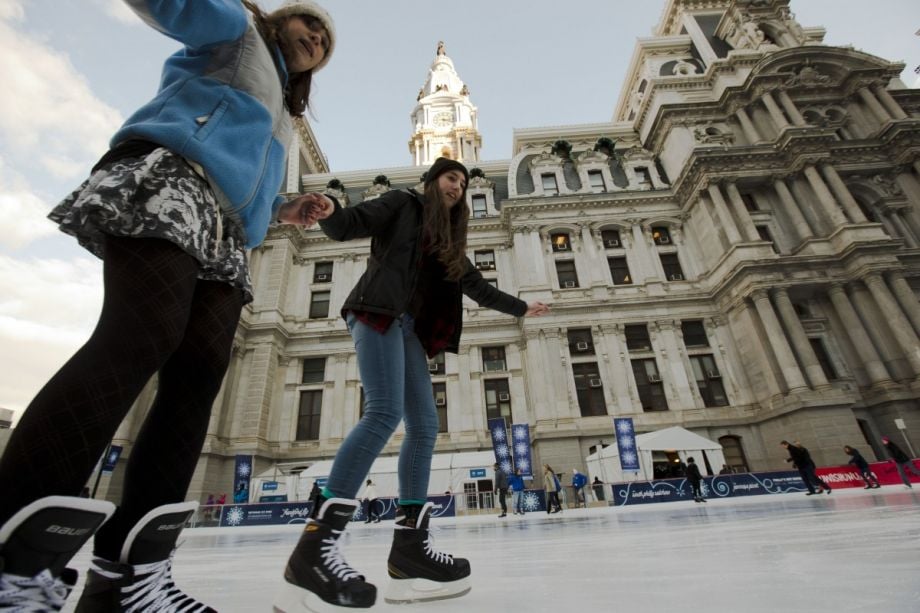 The night Barack Obama was elected president in 2008, I went down to Union Square. I had been in a Manhattan apartment, jumping up and down and drinking champagne with lots of people. Once his victory was imminent, we all, without comment, as though it were the most natural thing in the world, went down to the street and walked the 10 blocks to Union Square. We knew other New Yorkers would be there, and they were, by the thousands, thronged under an American flag that covered the whole block.

In that moment, Union Square was doing what public squares do best: providing a stage where citizens could engage with their civic identity. A pocket park couldn’t do it. A pop-up park couldn’t do it. Even the rolling greens of Central Park seem ill-fitted to the job. In the (paraphrased) words of Charles Moore, when the revolution came, we knew exactly where to go.

As cities across the U.S. continue to rise in popularity, public squares are receiving major facelifts that reflect some of the biggest trends in placemaking today.

There’s the 2014 transformation of Philadelphia’s Dilworth Park adjacent to City Hall. The redesign of Cleveland’s Public Square is shifting downtown’s focus from cars to pedestrians, eliminating two blocks of Ontario Street in the process. Last spring, Mayor Marty Walsh queried Bostonians about a possible redesign of City Hall Plaza via a Twitter campaign.

As designers reimagine vital public spaces, they must weigh myriad factors: the needs of diverse users, the history of the space, sustainability targets, the preservation of democratic ideals, and the creation of designs that are timeless and lasting — not to mention financially workable.

“The challenge there is how to still maintain it as a place that’s in the public realm, that is a place where democracy, where spontaneous events can happen, or a demonstration can happen, and at the same time find ways to derive revenue that can pay for the maintenance of the park at a high level,” says Richard Maimon, partner at Philadelphia firm KieranTimberlake, which worked on Dilworth Park.

Several public space design trends are emerging in this current climate, some may be more obvious to users than others.

First, amid a continuing imperative to program civic spaces with the likes of concerts and farmers markets and more, all of that social interaction demands a different kind of approach. Maimon, whose firm also worked on Philly’s upcoming Love Park redesign directly across the street from Dilworth Park, says eliminating unnecessary stairs and level changes can prevent shutting out users with limited mobility.

Gina Ford, landscape architect and principal at Sasaki Associates in Boston, notes what you’ve probably already noticed regarding newer public space redesigns: “You have so many constituents, and so many needs in the space. Paving is more resilient to that.”

Despite a trend toward hardscaping, however, not everyone is willing to say goodbye to lawns. In El Paso, Texas, residents are protesting the perceived removal of promised grass from a redesign of San Jacinto Plaza.

“Turf has got a bad name for many good reasons,” says Bradford McKee, editor of Landscape Architecture magazine, “because it takes a lot of chemicals and it takes a lot of water … . But a little turf can go a long way. It’s just so nice to sit on the grass, period.”

Ford says there is also a trend away from “single-use elements,” like fixed stages or large fountains that are turned off in winter. Instead “water plazas” are in vogue: “When the water’s off it’s simply a surface.”

McKee agrees: “I mean, everybody’s gotta have a splash pad … super ideally that would be recirculating rainwater.”

That’s precisely the design of the new dancing fountains in Dilworth Plaza. In summer, rainwater captured onsite sprays out of the pavement in 3-foot-high jets. In winter, the plaza hosts an ice skating rink. The rest of the site’s recaptured rainwater is used to irrigate the landscaping, part of an overall trend in park design toward more ecologically conscious elements, like the native grasses that are replacing the highly manicured flower arrangements of old.

To find out, in all this, what the public wants, cities are increasingly asking them directly. Maimon says at least 40 public meetings were held about Dilworth Park’s redesign.

When a second public comment period was launched about the redesign of Love Park, what the public wanted — after seeing the largely hardscaped Dilworth and fancy new water feature — was the preservation of Love Park’s classic fountain, and “more green, [they] wanted a lot of green,” says Maimon.

And while pop-up parks might not rise to the level of a Union Square, they can now function as a helpful testing ground for designers. Ford says the Boston City Hall Plaza redesign may take some cues from the Lawn on D, a pop-up park designed by Sasaki Associates that has hosted a giant inflatable maze and even a sledding slope.

Still, says Maimon, while pop-ups are popular and trendy, they rarely feature the timeless design that will make them assets to their communities for decades to come. Dilworth Park and Boston City Hall Plaza need to operate not just as vibrant city parks, but also as front doors to city and regional seats of governance. And they need to maintain a space for our democratic ideals. McKee worries over-programming could threaten that vital role.

There’s still work to be done when it comes to engaging — and planning inclusively for — the community.

“There’s this impulse to keep homeless people from sleeping on benches and skateboarders from grinding down rails in corners,” says McKee. “There’s as much effort to exclude certain people as to include others.”