Making Over Boston’s City Hall, One Tweet at a Time 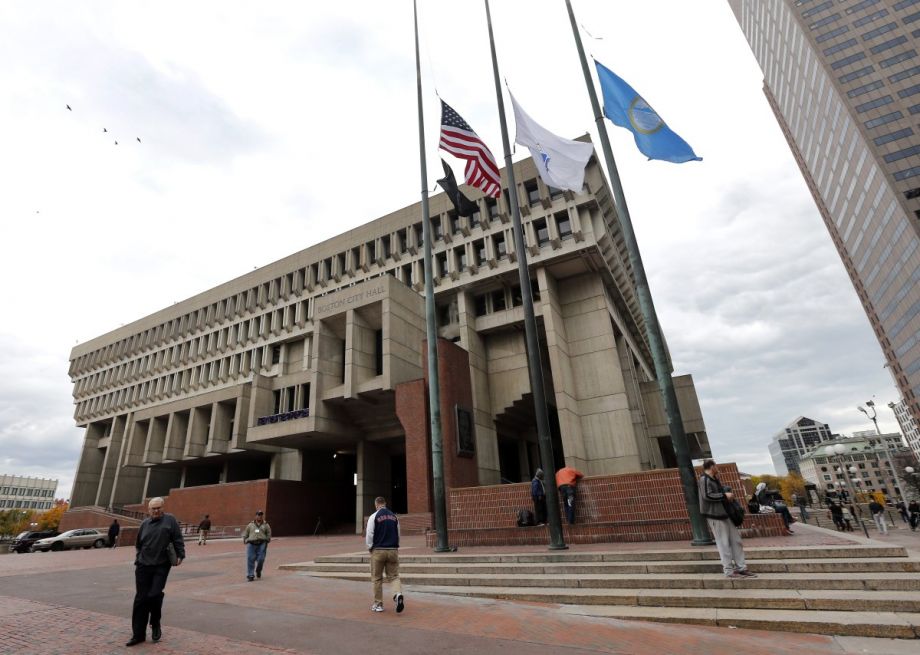 Boston Mayor Marty Walsh echoed yesterday a sentiment shared by many Bostonians: City Hall’s sprawling, barren, shadeless outdoor plaza needs a makeover. Instead of handing the project over to a starchitect, however, Walsh has first asked citizens to offer design suggestions by writing in or tweeting with the hashtag #CityHallPlaza.

The L-shaped, 200,000-square-foot plaza of solid-surface space welcomes between 20,000 and 30,000 people a day, and though it has hosted large city events such as World Cup viewing parties and outdoor music festivals, Walsh thinks the convenient downtown space can be utilized much more effectively with input from residents.

“Mayor Walsh wants City Hall Plaza to be an inviting and attractive forum that is robustly used by residents and visitors,” the Mayor’s office said in a statement. “It should contribute to the vitality of City Hall and the surrounding neighborhood. It should attract people to spend time on the Plaza relaxing, watching entertainment, participating in educational or cultural or athletic activities, enjoying their lunch, and just generally enjoying the Plaza. The Mayor welcomes any ideas that further these goals from leasing to designing to curating and any other public-private partnership.” (Philadelphia’s recent City Hall makeover was one of the largest public-private partnerships undertaken in that city to date.)

The Boston plaza is in a pivotal location, with direct access to several MBTA lines. Faneuil Hall and Quincy Market shopping are nearby, and the North End and Beacon Hill neighborhoods are in walking distance.

Though the Mayor’s office posted an official RFI, the Twittersphere has already offered quite a few design ideas — from helpful to less helpful.

Boston’s NPR station 90.9 WBUR noted this is a big change for Walsh who, as a mayoral candidate in 2013, proposed to sell City Hall and its plaza to a private developer, saying the sale would generate up to $150 million for the city.