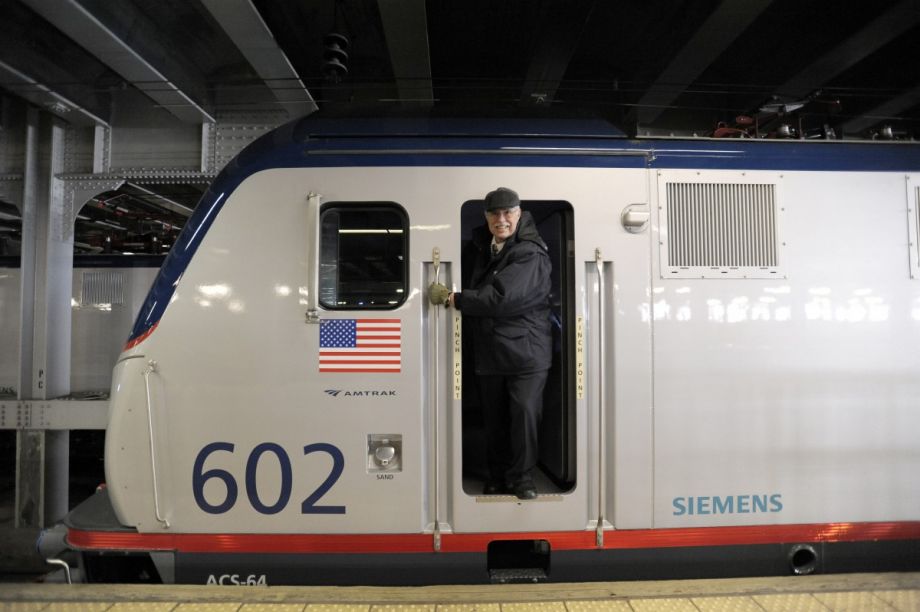 Ever since the July 2013 oil train explosion in Lac-Mégantic, Québec — one of many as crude-by-rail has seen a resurgence — the U.S. Federal Railroad Administration has reconsidered its rules for transporting hazardous materials. So it came as no surprise last week when the FRA announced its intention to require freight railroads to have two crew members on board all trains.

What was surprising, though, was that the FRA said it may apply the same rules to passenger trains, both intercity (like Amtrak) and commuter (like Caltrain in Silicon Valley or the Long Island Rail Road in New York). “We believe that safety is enhanced with the use of a multiple person crew,” FRA Administrator Joseph Szabo said in a press release, even though a number of working groups established to examine the issue did not come to a consensus.

According to Albany’s Times Union newspaper:

FRA spokesman Mike England said the rule also would cover commuter agencies such as California’s Metrolink, where a lone engineer who was texting ran through a stop signal, striking a freight train head-on. Twenty-five people were killed in the 2008 accident. It would also cover Metro North Commuter Railroad, where a lone engineer suffering from sleep apnea sped through a curve last December, derailing his train and killing four passengers.

Ominously, the Times Union wrote that “it wasn’t clear whether the conductor, who typically is in a separate portion of the passenger train, would count toward the two-person requirement, or whether the intention is to have two people in the operating cab.” An FRA spokesperson would not clarify the point for Next City.

On the one hand, a second person not in the operator’s cab would seem to affect safety very little. On the other, requiring a second person upfront, a sort of modern take on the old “fireman” position, would be tremendously costly.

Assuming that conductors do count toward the two-man crew requirement, most commuter rail operations would remain unaffected, as the custom in the U.S. is to run all commuter main line trains — those that connect to the national network mostly used for freight traffic, like Metra in the Chicago region and SEPTA’s regional rail division in Philadelphia — with copious numbers of on-board conductors to punch tickets and help passengers with boarding and alighting.

This sort of operation is not, however, standard practice in other developed countries, where one employee (the driver) often runs suburban trains, with fare collection offloaded to turnstiles or a proof-of-payment honor system. In some countries, long suburban trains that carry upward of 1,000 passengers have just one driver with no roaming conductors. This avoids heavy labor costs and allows railroads to run more frequent service within limited budgets.

The possibility that the FRA could effectively ban this type of European-style service has some transit advocates worried — among them Jarrett Walker, a transit consultant who does work throughout the English-speaking world.

“One of the most promising developments in U.S. transit planning,” he wrote in an email, “is the new effort to convert one-way commuter rail lines into urban rapid transit services, but using track and stations that already exist. The core of this effort is to increase frequency and run all-day and evening, not just the traditional nine-to-five commute. That’s the kind of service that triggers transit-oriented development, and that grows urban economies without growing congestion.”

“An FRA action to mandate two-man crews would strangle this movement in the crib,” he continued. “It would also constitute a federal ban on innovation in the area of transit automation, already a field in which the US is far behind much of the world.”

The rule change may come as a shock to some, since U.S. commuter rail conductors are so ubiquitous that many assumed they were already required. But a few operations exist in the U.S. with only a single employee, the driver, on each train, known in the industry as “one-person train operation,” or OPTO. These services would be vulnerable in the case of a uniform two-person crew rule.

OPTO lines are particularly common for new services, which have proof-of-payment ticketing and level boarding so that conductors aren’t necessary to help people down the sometimes-treacherous train steps. They also lack the legacy of relatively large conductor crews that labor unions and management tend to push for. These newer services include Austin’s Red Line, the North County Transit District between Oceanside and Escondido in Southern California, and New Jersey Transit’s RiverLINE running between Camden and Trenton. All use light rail-like vehicles on old freight rights-of-way.

Whether the possible proposal — right now it’s essentially just a warning that the FRA intends to propose something — would affect those services remains to be seen. The agency’s press release included a line that the “notice of proposed rulemaking,” as the process is called, is “expected to include appropriate exceptions.” An FRA spokesperson would not clarify beyond saying that exceptions “would only include railroad operations that are deemed low-risk by FRA.”

The new rule is also puzzling because federal legislation requiring positive train control (PTC), which would prevent so-called “overspeed” incidents like last winter’s Metro-North derailment in the Bronx, has already been adopted with a 2015 deadline. It’s possible that an FRA rule mandating two-person crews would only be in effect until PTC is fully implemented, although the FRA’s press release didn’t mention it.

“It’s the inevitable reaction that we need to have a regulatory response,” said one transit consultant who has experience with more modern, one-man train operations, speaking on the condition of anonymity so as to not antagonize the FRA. “This adds to the expense of providing public transportation services, but in many cases it’s not going to make them safer.”

“Data drought haunts FRA crew-size mandate,” reads the title of Frank Wilner’s Railway Age column on the issue, referring to the lack of research showing that two-man crews are any safer for freight rail than one-person operations. He also pointed out labor unions’ interest in maintaining bloated crew sizes, and that “prior to Szabo’s becoming Administrator, he was a legislative officer of the United Transportation Union, which represents, primarily, conductors, who would benefit most by the two-person crew requirement.”