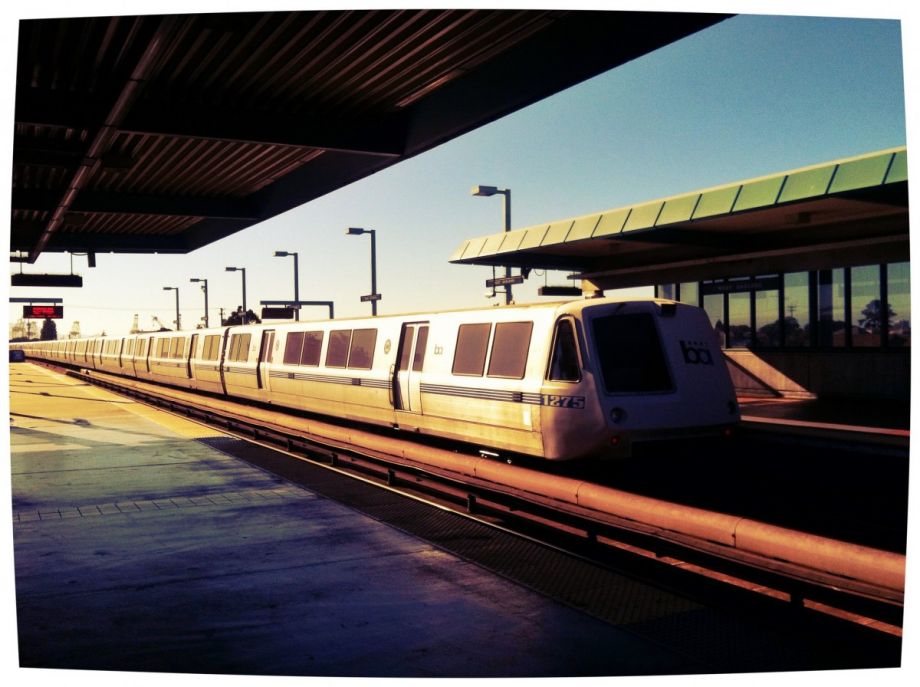 Three years ago, Seattleites voted to tax themselves to the tune of $54 billion over 20 years to pay for better transportation infrastructure. Angelenos went them one better that same year, opting to raise $120 billion in taxes over 40 years for new transportation facilities. Soon, it appears, voters in the San Francisco Bay Area will have the chance to do the same thing — to the tune of $100 billion.

According to a story in The Mercury News, Bay Area business, planning and transportation advocates are preparing a ballot measure that would raise that amount over several decades for an improved regional transportation network.

No specifics have yet emerged on what this money would buy; backers of the proposal, dubbed “Faster Bay Area,” are skittish about releasing details while they continue to solicit input from local governments, transportation agencies and commuters. But the Mercury News article suggests that some or all of the following are likely to turn up in the package:

Silicon Valley Leadership Group president Carl Guardino said the goal is “to build a seamlessly integrated world-class transit system that serves the transit-dependent and lures the non-transit dependent out of their vehicles.” Alicia John-Baptiste, president and CEO of SPUR, a regional planning think tank, told the Mercury News that a package of this scope was necessary to fix the defects of a transportation network that was designed around the car from the 1950s onward: “We designed a system 50 to 60 years ago around the concept that everyone would be able to get into their car and get from Point A to Point B,” he said. “As we’ve grown as a region, that’s simply not how it functions today.”

Also still to be determined is how to raise that $100 billion. The groups crafting the Faster Bay Area plan are now conducting polls to see how receptive voters might be to various mixes of sales, business, property and other taxes. One encouraging sign: a poll the Mercury News conducted with the Silicon Valley Leadership Group found that 71 percent of the registered voters surveyed would support a one-cent sales tax hike for transportation funding.

Advocates for the plan say they should have details on what it would pay for and how it would pay for it by the end of the year. State legislation would be needed to put the referendum on the ballot in all nine Bay Area counties.

An on-again, off-again plan to speed up crosstown bus service in lower Manhattan is definitely on again, reports the New York Daily News.

New York City Department of Transportation officials announced Monday (June 10) that as of July 1, cars would be banned from traveling along most of 14th Street in order to turn it into a busway for most of the day.

From 6 a.m. to 10 p.m. every day, cars would be prohibited from using the street between Third and Ninth avenues except to pick up and drop off passengers or access local garages. During that time, the street will be turned over to a new select bus service route. The M14, which will replace two local routes currently operating along 14th, will operate more like bus rapid transit. The buses will make 16 fewer stops than the buses on the routes the M14 replaces, and riders will swipe their MetroCards at on-street machines before boarding. Buses and trucks can use a new priority lane on the street, and left turns will be banned.

Cameras mounted on MTA New York City Transit buses will be used to enforce the rules, but tickets will not be issued to violators until September.

The new busway is expected to make things easier for riders of the L subway line, which runs beneath 14th Street. Since a reconstruction project began on that line in April, riders have had to endure waits of up to 20 minutes for trains. The busway proposal had originally been part of a city plan to ease congestion in the L train corridor while construction proceeded, but Mayor Bill de Blasio scrubbed it when New York Gov. Andrew Cuomo announced in January that the L reconstruction project would be altered to reduce disruptions. The city changed course again in April when it decided to implement the busway as an 18-month pilot project.

Someday, Your Food Waste Might Fuel Your Bus Ride

This week, the international mass transit organization, the Union Internationale des Transports Publics (UITP), is holding its biennial summit in Stockholm. One of the summit events, now in its third year, is a “Global Transport Hackathon,” in which teams of young adults compete to produce innovative ideas to improve the safety, utility and sustainability of public transport.

If the winners of this year’s Hackathon succeed in turning their idea into reality, those rules against eating on the bus or subway could become a thing of the past. Instead, you might see kiosks offering bananas at your bus stop.

The International Railway Journal reports that the winner of this year’s hackathon, a group calling itself Team Tres, came up with a policy model that would enable transit agencies to power their vehicles using recycled organic matter.

Their plan would place food waste receptacles in buses that would collect scraps to be turned into fuel. It would also partner transit agencies with local restaurants and grocers in a system where the agency would collect food waste and nearly expired food products. Edible food would be distributed to pantries and shelters for distribution to those in need, while the rest would go off to an energy conversion facility.

The food-waste-to-transport-fuel idea was one of 13 novel ideas submitted in answer to the question posed by hackathon organizer Youth for Public Transport: “How are we going to change the world, one of your ideas at a time?”

Second place went to a proposal for a safety vest that would also provide navigation assistance via smartphone to bicyclists and e-scooter users, and a proposal for a ride-sharing service aimed at travelers heading from a foreign airport took third place.