How Philly Could Ride a Commuter Train Line Like a Subway 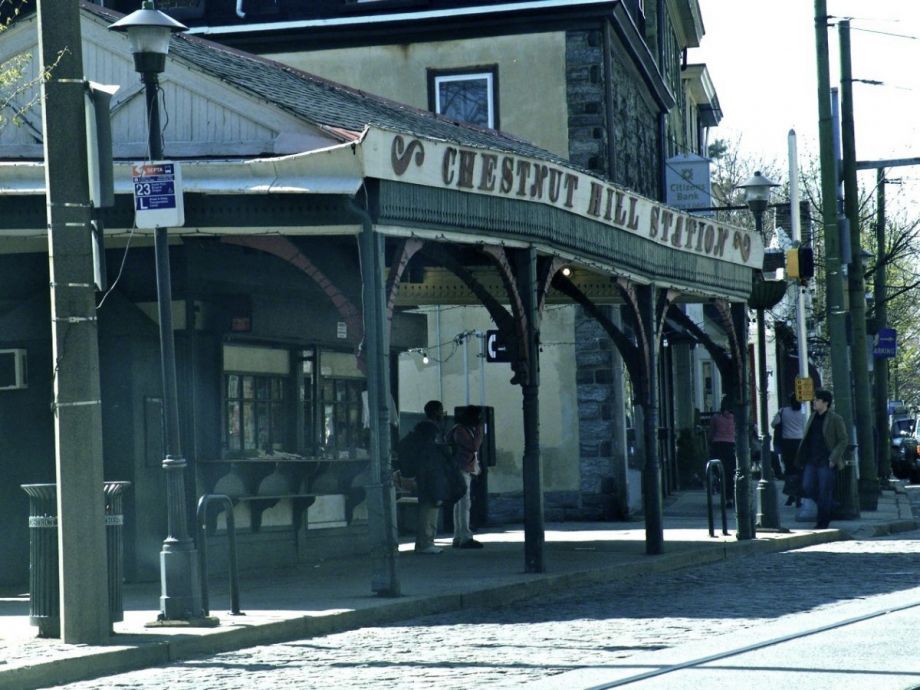 Philly’s regional rail once ran more frequently to neighborhoods outside of Center City. (Photo by Retromoderns)

Building new transit infrastructure is expensive, difficult and time consuming, but America’s cities need more of it. Philadelphia especially has a very limited subway-elevated system. (For those unfamiliar, just two lines run along main north-south and east-west corridors.) Philly does have an extensive regional rail system, with three lines that only run in the city limits through dense neighborhoods otherwise only served by bus. But that rail service is infrequent, and prohibitively expensive for many riders.

Philadelphians agitating for more comprehensive service should look to Boston, where neighborhood groups successfully pressured the Massachusetts Bay Transit Authority (MBTA) to transform a commuter rail line. The route, which largely runs within city limits, was converted into a more accessible option for the transit-underserved area. In recent years new stops have been added, cheaper fares instituted and longer hours set (although service is still frustratingly infrequent).

The Fairmount line runs from South Station, one of Boston’s transit hubs, through the impoverished and working-class neighborhoods of Roxbury, Dorchester, Mattapan and Hyde Park. This area is home to much of the city’s African-American population, and sits as a kind of wedge between the frequent service, reasonably priced Orange and Red subway-elevated lines. Until 2012, the Fairmount line only had five stops (including South Station).

But at the beginning of the century, a trio of community development corporations began demanding more stops, weekend service, greater frequency, and fares commensurate with those of the subway or bus.

“We have been together for over a decade … agitating to transform this commuter rail line that rumbled through the lowest-income neighborhoods in Boston but provided no or very limited service,” says Mat Thall, interim executive director of Southwest Boston CDC in Hyde Park. “A good part of the agenda has been realized, but there is still a lot more to do that hasn’t been realized.”

Today, three of four proposed new stations have been built, bringing more service to Roxbury, Dorchester and Mattapan. The MBTA also started weekend service for the line, which hadn’t enjoyed it before, and extended hours later into the night. All of the new stations were in zone 1A, so had the same fare as the subway ($2.10), and the agency lowered the prices for the two original stations in Hyde Park to those fares as well.

The unfinished business Thall referred to includes reducing fares on the sole remaining station that does not cost the same as the bus: Readville, which continues to cost $6.25 a ride. Frequency is still an issue too. During peak hours the trains run every 30 minutes, and during the rest of the day only once an hour. Thall hopes that new diesel modular units, which the MBTA recently ordered, will allow shorter train sets, shorter headways and higher frequencies.

Thall attributes the coalition’s success to “how well organized the communities are around this.” It’s also a result of web of lawsuits in response to the notorious Big Dig highway project, which resulted in the state providing money for transit to mitigate the environmental impact of the highway project. Future advances on the rest of their goals could be tougher. This harsh winter that buffeted the Boston area with seemingly weekly blizzards has not been kind to the transit agency. The head of the agency who oversaw much of this progress recently resigned, and the new Republican governor is unlikely to be an amenable to future state spending in a majority Democratic area.

But the Fairmont line’s newfound accessibility shows that where there is political will for such a project, existing commuter rail lines can be transformed into something more useful. In Philadelphia there is precedent for running the inner-city regional rail lines more frequently and for cheaper.

After the Second World War, as car ownership became ubiquitous, mass transit quickly grew unprofitable and the public sector was forced to take the service over. Or, in the case of commuter lines, massively subsidize it. In Philadelphia the Passenger Service Improvement Corporation (PSIC) was established to ensure that regional rail within city limits kept running — frequently and with reasonable fares — including lines that went to northewestern neighborhoods Manayunk, Germantown, Mt. Airy and Chestnut Hill.

In the 22 years of the PSIC’s existence, all of the lines ran every half hour during off peak times, but every 15 minutes during rush hour. For the first 13 years the fares were kept the same as those of the subways and buses. The fares crept up thereafter, but only when SEPTA took over the regional rail in 1982 did the service truly transform.

A series of complex circumstances fostered under the Reagan administration changed everything, and quickly. “This forced SEPTA to actually operate the trains and [it] was a disaster as SEPTA was ill-prepared,” says John Hepp, assistant professor of history at Wilkes University. “It took over a decade for SEPTA’s regional rail ridership to stabilize … All of these lines has dramatic (greater than the regional average) fare increases, ridership declines and service declines.”

SEPTA made the strategic decision to reorient the regional rail to a suburban ridership more likely to be able to pay high fares. Could the agency reconsider the choices made back in the early 1980s, and restore more frequent service and cheaper fares?

“We would need the resources, the infrastructure, the capacity to be able to do that,” says Richard Burnfield, SEPTA’s CFO. “When you are leaving Philadelphia to go from the outbound tracks and up the hill you are moving against opposing traffic including SEPTA’s Trenton line, NJ Transit’s Atlantic City line, and all Amtrak’s service. That would be one very significant challenge to the Chestnut Hill West in terms of making any kind of scheduling change.”

But with SEPTA in its best financial shape in years, possibly ever, there are numerous changes coming to regional rail, including bi-level cars to accommodate increasing demand. With ridership up 50 percent in 15 years, it seems the dramatic declines of SEPTA’s early years have finally been overcome.

Think of the ridership gains that could be captured by running inner-city lines more frequently, thus more firmly connecting neighborhoods in the northeast and northwest to Philadelphia’s rejuvenated downtown and its adjoining neighborhoods. The Fairmount Corridor project in Boston proves that it is possible for a transit agency to re-tool commuter lines to be more accessible. Now if only some groups in Philadelphia would push for it.