Philly Gets A New, Publicly Funded Skatepark for More than Just Skaters – Next City

Philly Gets A New, Publicly Funded Skatepark for More than Just Skaters 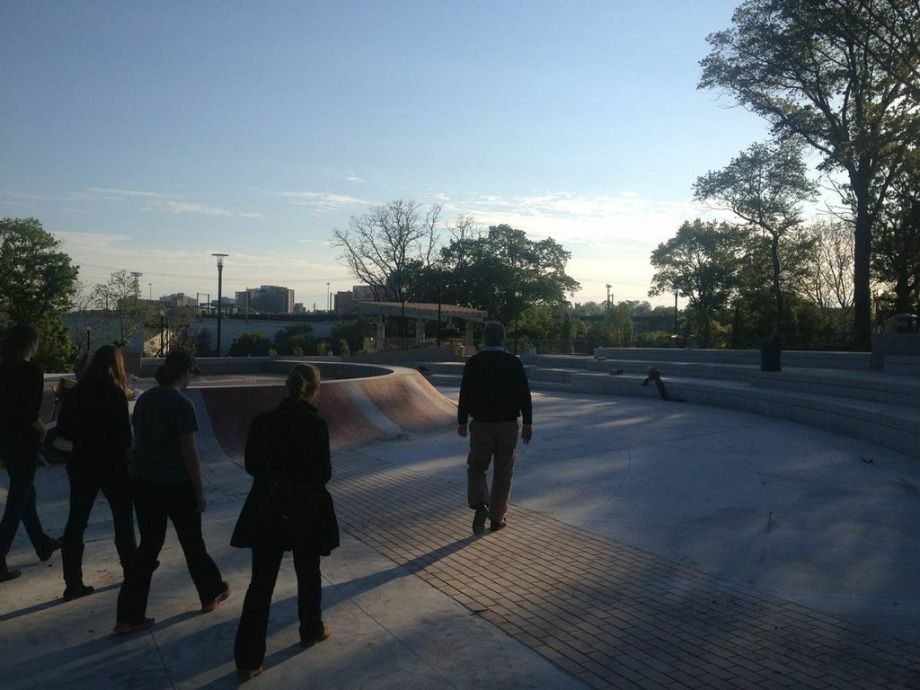 After Philadelphia enacted a ban on skateboarding in the centrally located (and eminently skatable) Love Park back in 2002, disappointed local skaters needed to find new territory where they could do ollies and grind handrails. Last week, their 11-year wait may have come to an end with the opening of Paine’s Park along the Benjamin Franklin Parkway

The park — named for the Franklin’s Paine Skatepark Fund, the advocacy group that pushed for its creation — cost between $4.5 million to $5 million to build. Of that, $4.25 million came from the city or the state of Pennsylvania, making it the largest government donation to a skatepark.

But Paine’s Park isn’t just for skateboarders. Half of its 2.5 acres has been left as purely green space, and besides the skatepark there is an amphitheatre and two public walkways connecting to the Schuylkill River Trail.

“Mainly, it solves the fundemental problem of connected the parkway to the trails,” said Anthony Bracali, president of Friday Architects/Planners, the firm that designed the park..

The skating area itself is around 30,000 square feet and offers up ledges, benches, flat banks, transition banks and rails — which is exciting for anyone who knows what any of that means.

“Philadelphia doesn’t have the level of facilities to serve interests,” Bracali said. “The ratio for skateboarders to parks is about 15,000 to one.”

Publicly funded skateparks are not unique to Philadelphia, but are cropping up in cities across the country.

In 2010, New York City built the Astoria Skate Park in the eponymous Queens neighborhood for $1.6 million. The 21,500-square-foot park has the same skate amenities as Paine’s, but cost much less in part because it lacks green space that surrounds its Philly counterpart. New York has 13 city-run skateparks to accommodate some 1 million skateboarders. 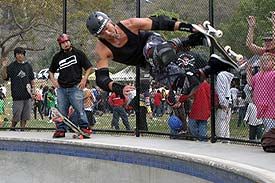 When you think skateboarding, of course, you think California. In western Los Angeles, the Culver City Skate Park opened in 2007 and is now one of the most popular in the city. Its 1,300 square feet is filled with ledges, rails and other features with crazy names like the “Trog Bowl” and “Hubba Ledge.” It’s a lot more complex than Paine’s Park and looks like a place where you can get a lot more air. (The amenities at Paine’s Park appeal to what are known as “street” skaters, who have a penchant for doing tricks from the ground, while Culver City can accommodate “vert” skaters, who use large ramps to do tricks in the air.)

Wilson Skate Park in Uptown Chicago appeals to both types of skater, with two square rails, two bowls, four- to six-foot quarter pipes, grind boxes and a pyramid. It also has a good reputation for being clean, safe and, weirdly, quiet.

Still, Paine’s Park aims to attract a more diverse cross-section of the city with its walkways, green space and amphitheater. It’s a good way to find out if skaters and ordinary park goers can coexist without conflict in the same public space.