Measuring the Impact of Philly’s New Soda Tax – Next City 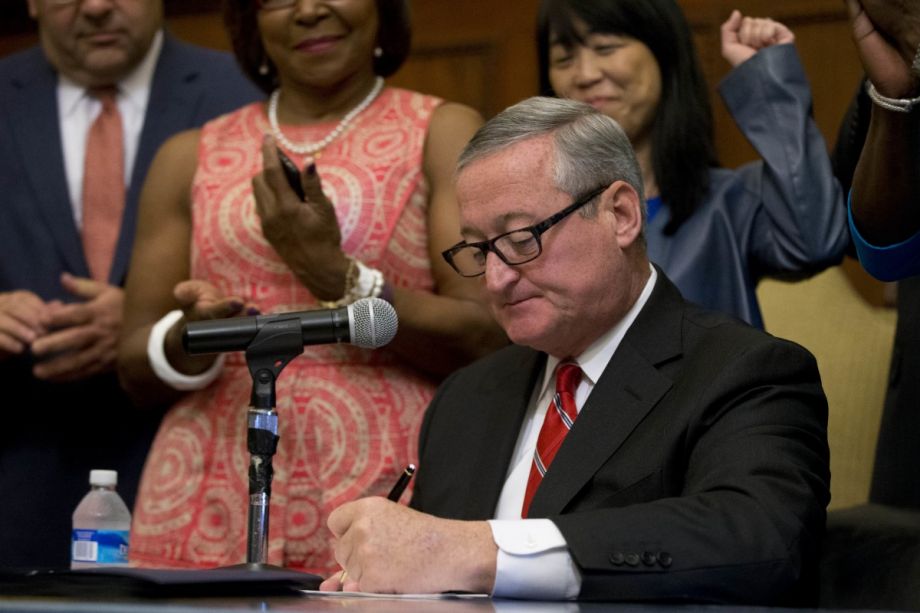 In the U.S., only Berkeley has a similar tax, approved by voters in 2014. There, a 1-cent-per-ounce tax on sugar-sweetened beverages is used to fund health programs. San Francisco voted on such a tax at the same time as Berkeley, but the measure failed to reach a two-thirds majority. Despite a storm of media attention and the strong advocacy of then-Mayor Michael Bloomberg, a soda tax also failed to take off in New York.

But as a KQED article noted last week, that Berkeley and Philadelphia — two incredibly different U.S. cities — should be the first to implement a soda tax could indicate that broader support may be coming. Oakland and nearby Albany, California, will vote on a tax similar to Berkeley’s in November; San Francisco is expected to see the tax appear on the ballot again this fall too.

At a news conference announcing the tax’s passage in Philadelphia, Mayor Kenney offered advice to other cities looking to implement one. “Tie your efforts to tangible initiatives that people care about,” he said. Unlike in New York, where the public health benefits of reducing sugary drink consumption took center stage, Kenney framed the tax debate around revenue. Philadelphia is one of the country’s poorest cities; an annual $91 million could go a long way toward funding popular programs, like universal pre-K, which is estimated to cost $60 million per year.

The 1.5-cent-per-ounce tax will apply to all sugary or artificially sweetened drinks sold in the city. Starting January 1, 2017, it will be levied on distributors, who are expected to pass the costs on to consumers, raising prices by about 30 cents for a 20-ounce drink and $2.16 for a 12-pack. That in turn is expected to reduce such beverages’ sales. Opponents of the tax, including the soft drink industry, argued that the tax will disproportionately punish poor people, labeling it a “grocery tax” to suggest that other products could be targeted. After the tax passed in Philadelphia, a spokesperson for the American Beverage Association suggested to the New York Times that the vote could not be seen as a prediction of changing attitudes in other cities. “It’s still a bad idea,” she said. “People still oppose it. Nothing has changed.”

Jim Krieger, executive director at Healthy Food America, an organization advising cities that are considering soda taxes, hopes that it has. “If we go five years ahead and look back, I think this is going to be a watershed moment,” he told the Times. “This is going to really provide momentum.”