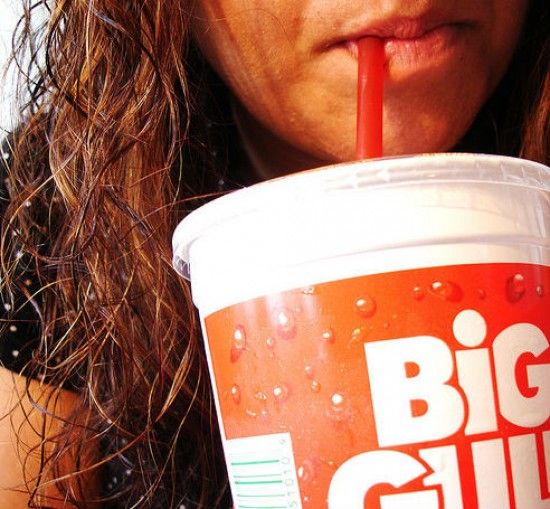 A state judge today halted the implementation of New York City Mayor Michael Bloomberg’s famed “soda ban,” the Wall Street Journal reports. The ban, which would have prohibited delis, movie theaters and the like from selling soft drink containers larger than 16 ounces in size, had been set to go into effect Tuesday.

According to the Journal, New York Supreme Court Judge Milton Tingling wrote that he found the ban, which the city’s Board of Health approved last September, “fraught with arbitrary and capricious consequences.” Perhaps because the law wouldn’t have applied to certain convenience stores, like 7-11, or supermarkets, Tingling raised concerns of “uneven enforcement even within a particular city block, much less the city as a whole.”

Bloomberg attracted much criticism when he proposed the idea in June of last year, with many (including, of course, business owners and soda producers, but also plenty of media commenters across the political spectrum) accusing the mayor of overreaching his powers. But it earned praise from many public health advocates — and, um, Gawker — and the move had inspired many other cities, such as Philadelphia, to flirt with the notion of greater regulation and taxation of the soda industry.

Hell, the “War on Soda” made Next City’s 2012 Disruption Index of people, places and ideas that changed cities the most last year. Soda bans clearly haven’t caught wind everywhere, with voters in Richmond and El Monte, Calfi. shooting down measures to impose soda taxes (let alone bans) in their cities. Even Mother Jones, that stalwart liberal bastion, ran an editorial arguing against soda bans (albeit in favor of soda taxes).

As the mayor who ended smoking in restaurants and cast trans fats out of his city, Bloomberg is used to getting his way when it comes to public health issues. Like these prior prohibitive measures, the soda ban likely would have set a precedent as public health policy for other cities across the U.S. How the ban’s legal status shakes out from here will have implications that go far beyond the five boroughs.