Officials Crack Down on NYC Nail Salons – Next City 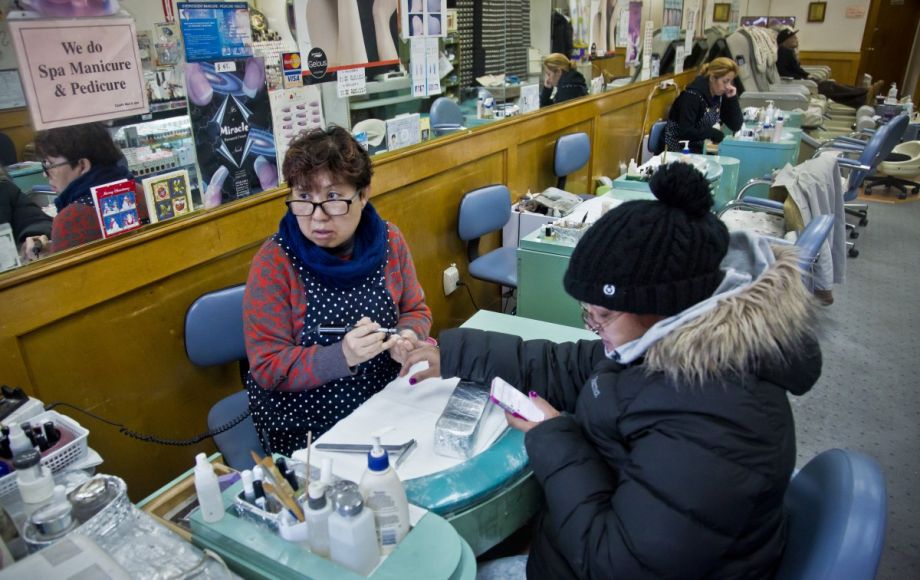 Lisa Moon, nail salon owner, gives a customer a manicure at the shop she has owned for 16 years in New York. (AP Photo/Bebeto Matthews)

Officials are paying close attention to the mani/pedi industry after an investigative report by the New York Times exposed extreme labor violations in salons across New York City.

“New York State has a long history of confronting wage theft and unfair labor practices head on, and today, with the formation of this new Enforcement Task Force, we are aggressively following in that tradition,” Cuomo said in a statement. “We will not stand idly by as workers are deprived of their hard-earned wages and robbed of their most basic rights.”

The Times reports that:

Salons will be required to publicly post signs that inform workers of their rights, including the fact that it is illegal to work without wages or to pay money for a job — a common practice in the nail salon industry, according to workers and owners. The signs will be in half a dozen languages, including those most spoken in the industry — Korean, Chinese and Spanish.

According to census data, there are now more than 17,000 nail salons in the U.S. Though salons in other metro areas may very well be guilty of the same labor abuses, New York’s shops seem particularly troublesome. The Times reports that the number of salons in New York City has more than tripled in the last 10 years, and the average cost of a manicure in New York is far lower than the national average.

“You can be assured, if you go to a place with rock-bottom prices, that chances are the workers’ wages are being stolen,” Nicole Hallett, a lecturer at Yale Law School who has worked on wage theft cases in salons, told the Times. “The costs are borne by the low-wage workers who are doing your nails.”

Kansas City station KCTV investigated its local salons to see if similar abuses were happening, but found that it wasn’t likely. They spoke with one salon owner, Andy Truong, who used to work in New York and insists things in Kansas City are much different.

“I use to own salons in New York City. The state board came and checked every two, three, four or five years,” Truong told KCTV. “There’s this time I didn’t see them for five years. Over here, you seem them every two or three months. If you have a violation, they will be here every week.”