Mapping the Sounds of New York City Streets – Next City 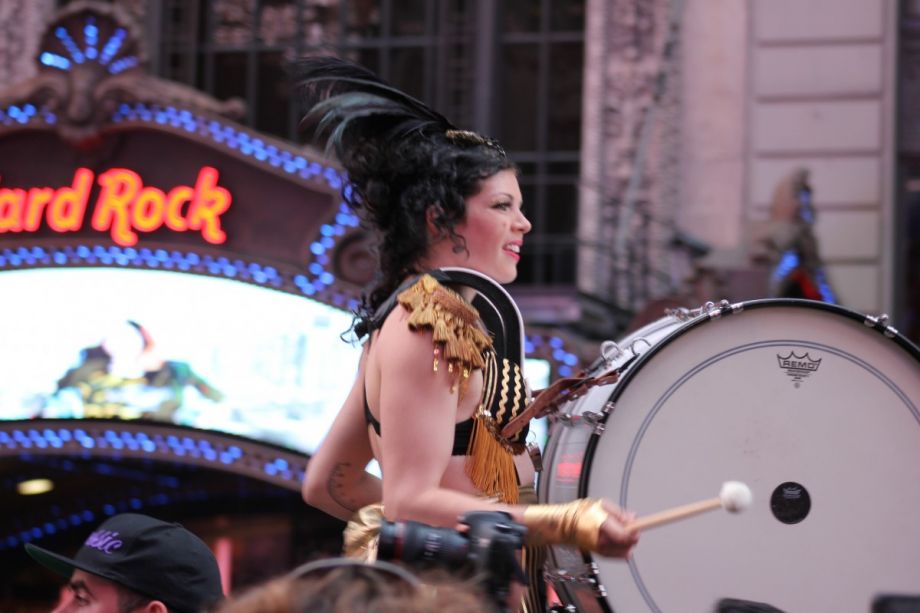 Last week, researchers began to create an auditory map of New York City, recording the cacophony of the streets in a bid to help the city monitor noise pollution, the New York Times reports. About 100 sensors will be installed on the second floor of public buildings, starting around New York University’s campus near Washington Square Park before expanding to Brooklyn and other parts of Manhattan.

The researchers, from NYU and Ohio State University, are utilizing microphones originally designed to identify the flight calls of migrating birds to randomly capture 10-second audio snippets over the course of about a year. Those sounds will then be categorized by a machine-listening software called UrbanEars. Researchers expect the technology to eventually identify hundreds of urban sounds, from snowplows to jackhammers to street musicians.

Juan Pablo Bello, lead investigator for Sounds of New York City (or Sonyc), says the sensors won’t be able to reconstruct conversations. Ideally, they will help the city determine where noise is coming from, and to track the effectiveness of noise ordinances. The unending din of the city takes a real toll on its residents. According to the Times, noise pollution contributes to disrupted sleep and cognitive impairment in children, and may lead to loss of productivity or lowered property values.

But the city only has 53 noise inspectors to respond to complaints, and it takes them an average of four days to do so. Researchers hope better data might lead to more timely enforcement. In phase one of the five-year program, which is primarily funded by a $4.6 million grant from the National Science Foundation, microphones will capture and categorize sounds. In the following phases, sensors will track the time and day of certain sounds and estimate their sound level.

Eventually, that information will feed into an app called Urbane, which will let users view and interact with the data. Another app might improve upon the noise complaint reporting process, possibly helping residents track their complaints. Claudio Silva, interim director of the Center for Data Science at NYU, told the Times that researchers will also be pulling in data like traffic and census information to create “a full geometry” of the urban ecosystem, drawing connections between crime and noise levels, for example.