NYC Pols: Bring Barnes Dance Back for Most Dangerous Intersections – Next City

NYC Pols: Bring Barnes Dance Back for Most Dangerous Intersections 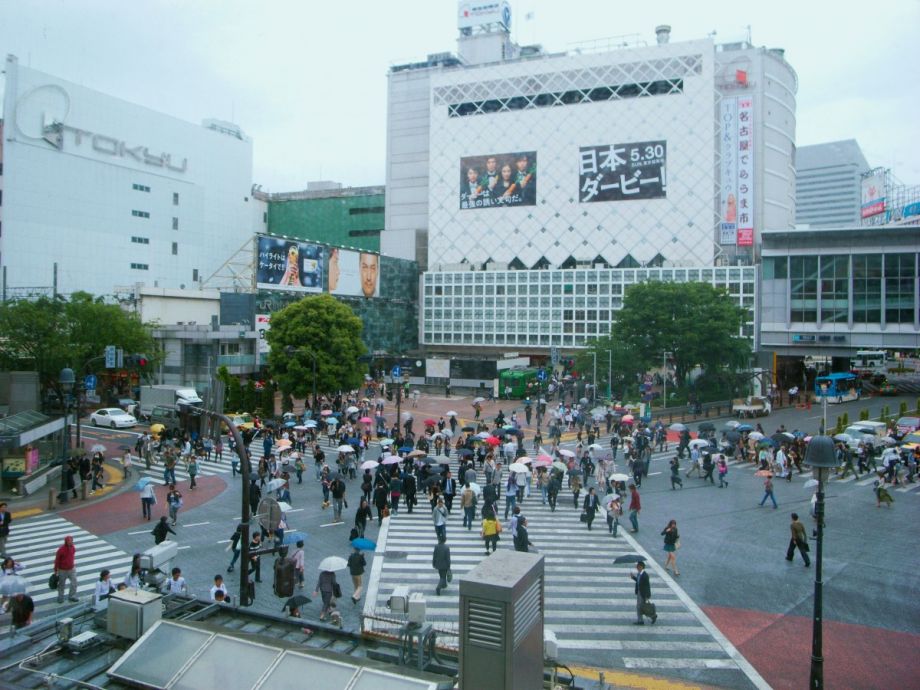 A famous Barnes Dance crossing in the Shibuya area of Tokyo (Photo by Jon Aslund, via Flickr)

Three New York City council members introduced legislation last week calling on the DOT to study implementing pedestrian scrambles — also know as a “Barnes Dance” — at the city’s 25 most dangerous intersections. The Barnes Dance design, named for traffic engineer Henry Barnes, who popularized them while serving as a street commissioner for cities including Denver, Baltimore and New York in the mid-20th century, halts all traffic for a period so pedestrians can cross in every direction, including diagonal.

New York City once had several such crossings, now dwindled down to one: the intersection where Broadway meets Vesey Street, Park Row and Ann Street in Lower Manhattan. Council Members Helen Rosenthal, Mathieu Eugene and Ydanis Rodriguez want the DOT to study bringing them back. A press release about the proposed legislation cites a 2014 DOT report that found 1 in 4 crashes that kill or injure pedestrians happen to people walking in the crosswalk with the signal. The Barnes Dance completely stops traffic, including turns, to allow pedestrians to walk unimpeded. Likewise, pedestrians are completely stopped while traffic is in motion.

Barnes Dance crossings were once more common traffic fare across the country, but since their mid-century heyday, traffic engineers have fought them on the basis they create too much congestion. As Eric Jaffe at CityLab details in this brief history of the Barnes Dance, this understanding was based on metrics that prioritize vehicle traffic over all other modes. Denver removed theirs in 2011, but other cities, including London and Toronto, have implemented them in recent years. D.C. brought the pedestrian scramble to Chinatown in the mid-2000s, at an intersection with more daily walkers than cars.

The NYC proposal, which would affect just the 25 most dangerous of the city’s 47,000-plus intersections, is in line with the city’s Vision Zero policy, which aims to eliminate traffic deaths by 2024. Street safety group Transportation Alternatives has pointed out that the current rate of traffic death reduction — 10 percent — is too slow to meet Mayor Bill de Blasio’s goal by the proposed timeline, and has called for more interventions more quickly. Executive Director Paul Steely White is quoted in the city council press release:

“Because turning drivers who fail to yield continue to kill and seriously injure too many New Yorkers in crosswalks, we need to use every lifesaving tool at our disposal — tools like the Right of Way law, dedicated turn signals, pedestrian head-starts, and the crossing system known as the Barnes Dance. We commend Council Member Helen Rosenthal for showing Vision Zero leadership with this legislation, and we call on the DOT to implement this and other safety improvements around the city.”