In NYC Public Space Battle, Is the Choice Cars or Topless Women? – Next City

In NYC Public Space Battle, Is the Choice Cars or Topless Women? 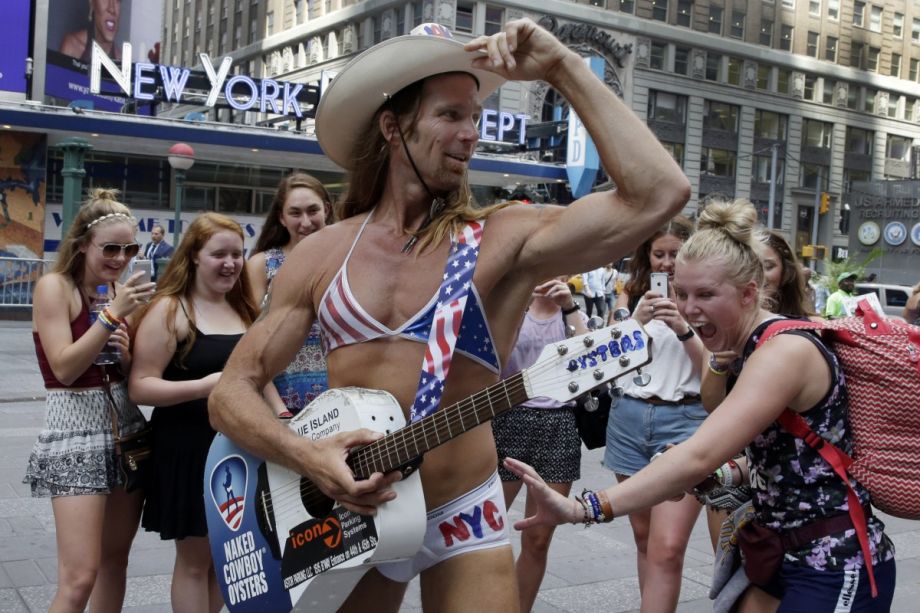 In an era where creating equitable public spaces is a growing priority for cities and closing streets off to cars in favor of pedestrians is becoming more of a trend, New York Mayor Bill de Blasio is considering closing down the pedestrian plazas in Times Square. The announcement comes in the wake of growing concern about solicitors, namely topless tip-seekers. According to the New York Times:

The move, described as one of several options to be evaluated by a task force of city officials, would undo a signature accomplishment of de Blasio’s predecessor, Mayor Michael R. Bloomberg. And it could restore vehicular traffic to portions of Broadway and Seventh Avenue that are now frequently filled with tourists, theatergoers and Midtown office workers.

Though the plazas, which were installed six years ago, are hailed by urban planners for reducing traffic risks to pedestrians and bicyclists, de Blasio has a history of being a skeptic. According to the Times

As a candidate for mayor, de Blasio said he had “profoundly mixed feelings” about the plazas, which were installed in 2009. At a debate in 2013, he referred to himself as “a motorist” and said he was frustrated by the plazas’ effect on automobile traffic. “For me,” he said, “the jury’s out.”

Though no decisions have been made, de Blasio says he expects his task force to come up with a list of tangible actions and enforcement options to address the issues in the area by October 1st.

“That’s a very big endeavor, and like every other option comes with pros and cons,” de Blasio said of removing the plazas. “So we’re going to look at what those pros and cons would be. You could argue that those plazas have had some very positive impacts. You could also argue they come with a lot of problems.”