How a Century-Old Zoning Law Shaped the Manhattan Skyline 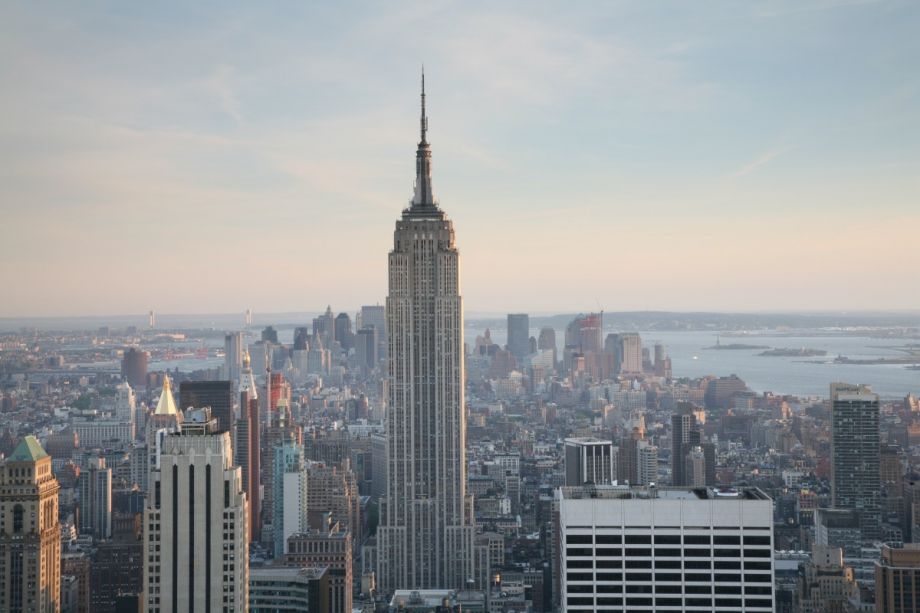 This month marks the 100th anniversary of New York’s 1916 zoning law, a landmark event in the history of American urbanism and architecture. The law imposed regulations on the use and height of buildings, responding to widespread concern that early 20th-century New York was becoming too dense too quickly. During the preceding decades, skyscrapers had proliferated, creating “canyons” of darkness in lower Manhattan. The solution was the setback: After a skyscraper rose to a certain point, its façade had to be pushed back, to let in the sun and keep height in a certain proportion with street width.

Though the motivations behind it were civic, not aesthetic, the noble setback would revolutionize skyscraper design. It became an essential feature of Art Deco architecture by giving a new answer to the question how should a building rise?

Just as a novel is more than just an extended short story, skyscraper exteriors should look different from those of smaller buildings. They need to reflect some sense of vertical motion. One early solution was Chicago architect Louis Sullivan’s “base-shaft-capital” design, which gave buildings’ ascent a beginning, middle and end.

But the taller buildings got, the greater the need became for further innovations in architectural style. And during the race to the sky around the turn of the early 20th century — five different buildings held the title of “The World’s Tallest” during the 20-year run up to the 1916 law — they were getting extremely tall indeed.

Skyscraper design must contend with the problem once described by architectural historian Francis Morrone as “oppressive fenestration.” No one’s going to rent space in a building without natural light, but nor is there anything admirable about an exterior that’s just one window after another. Setbacks break up facades and give them character.

New York architects were also up against the enormous aesthetic nuisance that is the city’s grid system. Laid out by state government in the early 19th century, the grid maximized opportunities for real estate development by establishing a uniform, tightly-knit pattern of streets and avenues throughout most of Manhattan. But buildings, like paintings, need a frame to be seen to advantage. Skyscrapers rising up from the grid can only be appreciated by craning one’s neck at an impossible angle or as a feature of the skyline, which is to say they cannot truly be appreciated at all. Exceptions that prove the rule include the Flatiron building, which sits on an irregular wedge formed by the intersection of Broadway and Fifth Avenue and 30 Rockefeller Center when admired from across the Channel Gardens. But such vistas are rare in the city. Setbacks lighten massings as one traces buildings’ ascent, thus providing a kind of vertical compensation for the New York landscape’s lack of appropriate horizontal context.

The intersection of government regulation, economic factors and architects’ ingenuity produced great variety within the overall Art Deco skyscraper aesthetic. One result was fortress-like piles, such as the Metropolitan Life North building on Madison Square and Ralph Walker’s Barclay-Vesey building. Some setback skyscrapers are classically-proportioned and very serious (Empire State Building) others are asymmetrical (500 Fifth Ave., by the same architect) and give full reign to the exuberance often associated with Art Deco design (Chrysler Building).

Some architects enhanced setbacks with unusual colors and other forms of embellishment. See Cross and Cross’ whimsical-gothic General Electric building at 570 Lexington and Raymond Hood’s American Radiator building, whose setbacks are set off by gold trim on black stone. In other, more restrained instances, architects focus our attention on the setbacks themselves: 30 Rockefeller Center, the very modern-looking Daily News Building, and the stacked-ribbon look of the 1950 Look building on Madison Avenue.

Setback style was one of the important cultural exports of Jazz Age New York. In her book Form Follows Finance, Carol Willis notes that architects working in cities such Detroit, St. Louis, Pittsburgh and San Francisco where zoning law did not require setbacks nonetheless made use of them for aesthetic reasons.

The term “unintended consequences” refers to when a policy solution creates new problems in the process of addressing an old one. New York’s long history of regulating real estate has, without question, led to all manner of aesthetic and economic distortions. The 1916 law was no exception. Some buildings conformed so unimaginatively with the setback requirement as to seem to assert “see how bland an exterior can look when planners get their way (522 Fifth Ave.)?”

But on the whole, I’d have to say that the setback legacy of the 1916 zoning law complicates the relationship between real estate regulation and urban beauty. Working with the law’s constraints seemed to bring out the best in many architects much like sonnet form inspires poets. Not all unintended consequences are bad.

Stephen Eide is a Senior Fellow at the Manhattan Institute.