Urban Farmers Are Getting the Reality TV Treatment – Next City

Urban Farmers Are Getting the Reality TV Treatment 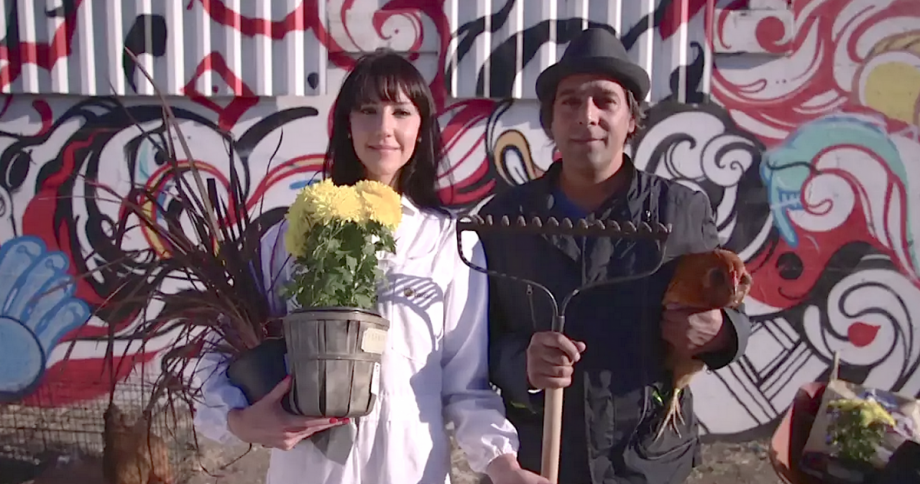 Oakland (parts of which, it should be noted, are a food desert when it comes to grocery store access) will be the site of a new PBS web series on urban farming slated for this fall.

According to the East Bay Express, Urban Homesteader was made possible by a crowdfunding campaign, and will be produced by the makers of “Bill Nye the Science Guy” and “Biz Kids.” If all goes well, the show could get picked up as a PBS television series.

Creator and “Biz Kids” co-producer, Jeannine Glista, knows homesteading. In Nevada City, she raised chickens, pigs and bees, and she was inspired by her experience to create a program for urban millennials who are interested in the DIY movement. As the Express reports:

The goal, Glista said, wouldn’t be for the show to “take over” the urban homesteading space, but rather to celebrate all the interconnected grassroots movements — “to bring it so it becomes more mainstream.” In each episode, the show’s two co-hosts will visit an urban farming expert to learn about some topic — for instance, how to raise goats or smoke meat. Then, they would go home and try the concept out themselves.

One co-host, Harvind Singh, works as the “local forager” for Whole Foods Market Northern California. Singh says he hopes the show will help a mainstream audience get in touch with our true urban roots. “We all used to be ‘urban homesteaders,’ but over the years we became addicted to the industrial food system,” he told the Express.