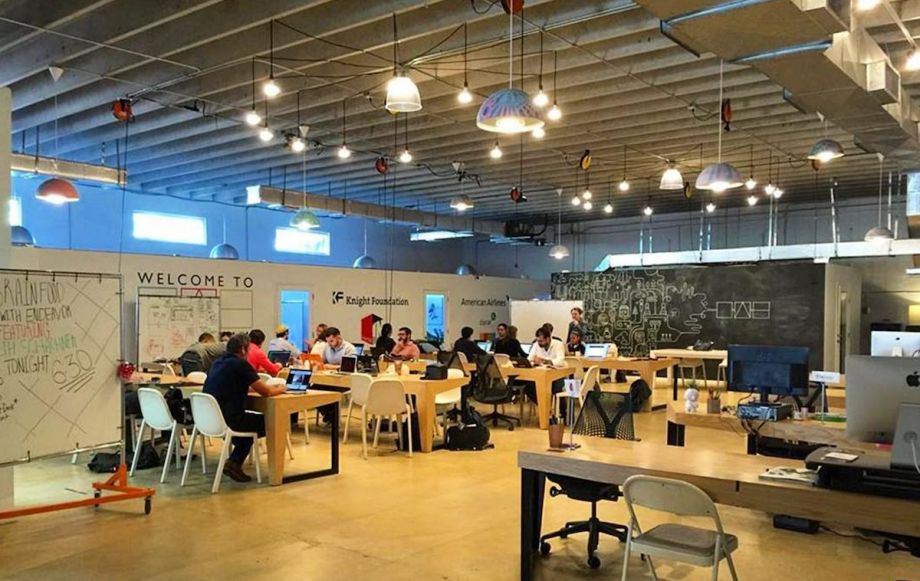 When it comes to tech hubs, the Miami-Dade metro region in Florida is a bit of an anomaly. It’s consistently ranked as one of the most fertile metropolitan areas in the U.S. for startups, but because so many of these new ventures die young, it’s not exactly seen as a sustainable ecosystem.

And when it comes to the region’s 77,000-plus minority entrepreneurs, some of its main tastemakers in the tech startup sphere, like co-working space The LAB Miami and the Knight Foundation, say that people of color are facing the steepest part of this downside. That’s why the two groups are partnering up to debut two new initiatives that plan on giving minority and women entrepreneurs the tools they need to fortify their chances of success: LAB.ID and LAB.Ventures officially launched Nov. 1.

LAB.ID, which is short for LAB Innovation and Disruption, will act as a casual academy for people interested in tech entrepreneurship by hosting programs and events at The LAB Miami, which has built a network of local entrepreneurs since its 2012 start. The goal there is to link up business owners and corporations in four of the region’s strongest industries — healthcare, financial services, travel and tourism, and media — to everyone’s economic benefit.

LAB.Ventures will focus more on bringing in minority and women entrepreneurs, and partnering them with designers and engineers, to build up a series of new for-profit companies in the Miami area, according to Tigre Wenrich, CEO of The LAB Miami as of this month. Several of these entrepreneurs and their ideas should be ready by 2019. The Knight Foundation is giving $1.1 million for both ventures.

Nearly 85 percent of the population in the Miami-Dade metro has some amount of Latino, Hispanic or African-American heritage, so directing resources toward minority communities is expected to leave an impact across the entire urban entrepreneurial sphere.

“They’re going to give us access to a lot of great content, great speakers and experts across different digital disciplines, so we’re going to be leveraging that as an offering of public programing, with all kinds of different events to help train entrepreneurs, and help give them the tools to build their own businesses,” says Wenrich, who’s also an angel investor.

With Miami’s two entrepreneurial faces in mind — the one rich with new startups, and the one struggling to scale those ventures to a point where they’re solvent and viable — Wenrich says the idea for the programs partially came from conversations he and The LAB Miami’s co-founders had on how they could raise the average life expectancy of incoming startups.

“Through combining forces, and rather than just investing in a whole bunch of random startups, we wanted to actually sit down and build businesses ourselves that solve real-world problems,” he says.

David Capelli, founder of Tech Miami, says the private and philanthropic sectors have had the most influence when it comes to bridging the gap between the city’s strong entrepreneurial culture and its inability to keep those ventures alive. He wants to see more public involvement.

And longstanding economic disparities in the Miami region mean it’s harder for the predominantly minority population to get startup funding and sustain a decent quality of living outside the workspace. Miami-Dade metro was recently ranked the most unequal urban area in the U.S. by Bloomberg, in terms of the increasing gap between the city’s richer populations and its poorer populations — a divide brought to light with household income data from the U.S. Census Bureau’s American Community Survey. Thirty-seven percent of households in the Miami city area don’t have access to internet, making it the second-worst city in terms of internet connectivity in the country.

But with help from programs like the labs, Matt Haggman, the Miami program director for the Knight Foundation, believes the region will start seeing some of the disparities taper off, at least when it comes to the business community.

Already his organization has helped prop up a number of initiatives aimed at minority entrepreneurs, like Black Tech Week, a weeklong networking conference that brings together minorities of color beneath the backdrop of a long list of successful black entrepreneurs, and the Digital Citizen Bootcamp, a startup academy for tech and entrepreneurship training reserved for minorities from the Miami-Dade region.

“Many of the groups we support [like Black Tech Week and Digital Citizen Bootcamp] are concerned that women and minorities are less likely to get the support and opportunities necessary to contribute to the tech ecosystem — a primary source of information and free expression,” says Haggman. “The more we can engage traditionally underrepresented groups through initiatives like the LAB and others we have supported over recent years, the more robust Miami’s innovation ecosystem will be.”