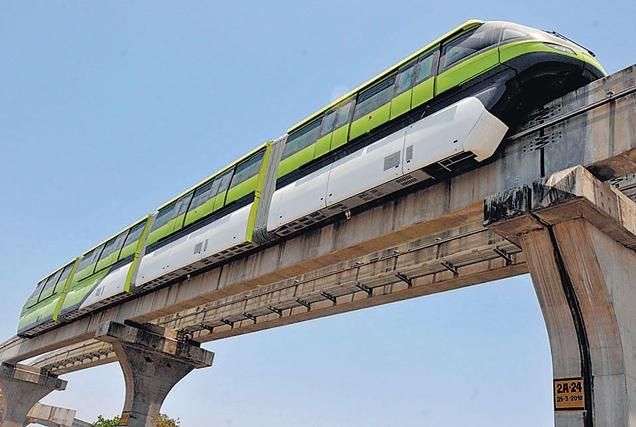 Japan hasn’t found much success exporting its bullet train technology in the West, but Asia has been a bit more receptive. Taiwan was the first country to build a high-speed rail system based on Japanese Shinkansen technology, and China was the second. Now, it appears that India will become the third. Indian officials are poised to choose Shinkansen technology for their high-speed rail network, to be built on a joint-venture model with the Japanese government reportedly prepared to loan India the money to build out the system. (Any high-speed rail line would exceed the financial capacity of Indian Railways.) While a number of routes are planned, the first would stretch 500 kilometers from Mumbai, the country’s largest city, to Ahmedabad, the largest city in Gujarat, and is expected to cost around $10 billion. A feasibility study for this line, carried out by Japanese consultants, is expected to arrive in July 2015.

India already has a massive railway network with three times the route mileage as Japan, but the infrastructure is primitive and trains are slow. Travel from Mumbai to Ahmedabad currently takes 10 hours, compared with a projected two-hour travel time after the high-speed rail line is built. The Japanese, meanwhile, are eager to export the Shinkansen technology, which has not been well received outside Asia (due in part to ultralight Japanese trains that don’t comply with European safety standards, but also the dedicated nature of Shinkansen networks, which do not share tracks with conventional rail).

Many transit professionals look down on monorails as an expensive novelty, more suited for Disneyland than high-capacity transit, but two developing countries have not been scared away. Both India and Brazil are opening new monorail lines, intended not as airport connectors or zoo shuttles, but as legitimate public transportation. They hope that the pros of monorails (slim profits and lower costs, though the latter point is disputed) will outweigh the cons (low capacity and inability to integrate with conventional rail networks).

Mumbai’s first line opened on Sunday, though it has its doubters. Monorails are relatively low capacity, but Mumbai is a dense megacity with minimal transit infrastructure, still relying mainly on its colonial-era suburban rail network. “Once the second phase is completed in another year,” the New York Times writes, “the monorail is projected to carry an average of 7,400 passengers per hour, for a total of 125,000 commuters daily, which is a fraction of the six million people that the city’s suburban rail system carries.”

São Paulo, meanwhile, aims to build an entire monorail network consisting of three lines, with a completion date of 2015. The Silver Line is currently undergoing testing, but is built to carry far more people than Mumbai’s monorail — 48,000 passengers per hour in each direction, due partly to its very wide body. Another monorail line, the so-called Bronze Line, was just approved through a public-private partnership.

In 1920, Carl Fisher opened the Miami Beach Railway, a streetcar that traveled from the Florida East Coast Railway’s station in downtown Miami across what is now the MacArthur Causeway and onto Miami Beach, where he owned property. Florida East Coast is in the process of once again running passenger service up its old main line and on a new spur to Orlando, and plans are afoot to reconnect the barrier island with the mainland by rail.

A light rail link between Miami and Miami Beach first came to the table a decade ago, and officials are dusting off those old plans. The most likely alignment is the old MacArthur Causeway route, which would start at the Government Center transportation hub in downtown Miami, cross Biscayne Bay at the southern tip of Miami Beach, and run up the most densely populated part of the island until the convention center. (The rest of the island, which extends much farther north, is much narrower and less populated, and also much more expensive — Russian oligarchs are not exactly known for their use of public transportation.)