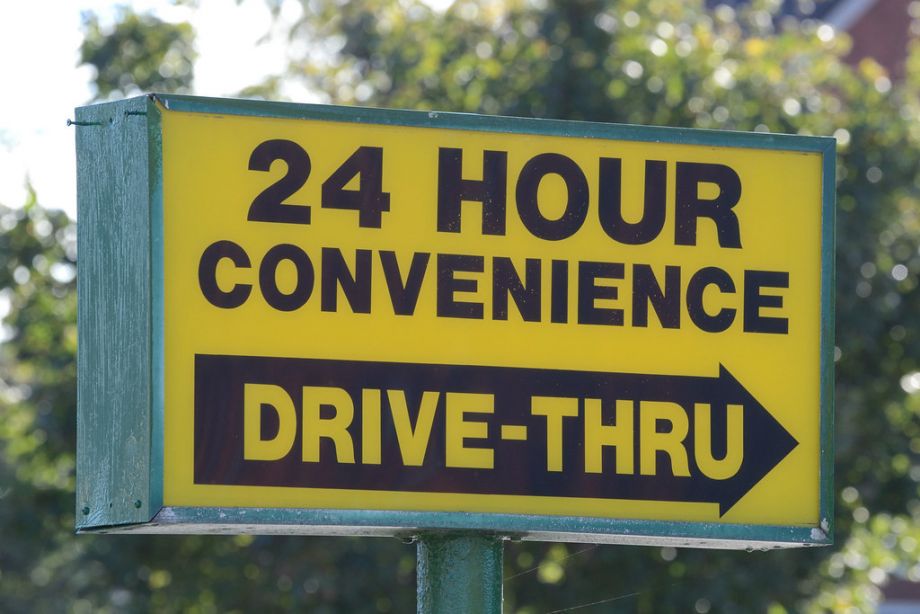 Minneapolis is considering a zoning code amendment brought by councilmember Lisa Bender that would ban new drive-through establishments across the city.

While existing drive-throughs would be grandfathered in, the pivot to prohibit new ones is designed to mitigate the “noise, extended idling, proliferation of curb cuts, conflicts with pedestrians and traffic generation” that drive-throughs contribute to, reports the Star Tribune. The ban is also intended to help reach the goal of an 80 percent reduction in greenhouse gases by 2050 as part of Minneapolis’ 2040 plan. The 2040 plan has been passed by the city council but isn’t yet formally adopted.

Mei-Ling Smith is a senior city planner who has been assigned to develop the changes to the code that would be required to create the shift away from drive-throughs. She has been spending her time researching peer cities and examining Minneapolis’ ordinances to figure out how the language will have to be reconfigured.

“Right now, drive-through facilities are allowed in three commercial districts, one downtown [district], and two industrial districts. [The city codes for] all of those will need to be amended to specify that drive-throughs are prohibited,” she says.

Although the majority of existing drive-throughs will be allowed to continue operation and any curbside delivery services that require cars to idle while goods are brought to them aren’t considered drive-throughs, those that have been out of operation for over a year would lose the right to operate along with new drive-throughs, Smith explains.

She’s also focusing on clearing up any confusion in her recommendations as well. “One of the things were also proposing is more clarity in the definition of the drive-through… if somebody wanted to drive up to a parking spot and have goods loaded into their car, that’s not considered a drive through,” Smith says. Complete with Smith’s language suggestions, the city’s planning commission approved the ban on June 3. It now awaits a vote with the city council’s zoning and planning committee on June 27.

While some don’t see banning new drive-throughs as making much of a difference — “It sounds really dramatically different, but in reality I don’t think people will even notice the difference in the streetscape for the next 20 years,” Commissioner Alissa Luepke-Pier told the Star Tribune — the effects would add up over time.

Then there’s the health aspect. While using zoning to restrict drive-throughs is a new phenomenon, last year Canadian researchers hypothesized that “drive-through service bans are one policy option that may be considered as part of a comprehensive, multi-pronged strategy to promote healthier food environments and improve population health.” (They then noted that “further research is required to determine the viability of this strategy.”)

The convenience factor of drive-throughs resonates with some residents like parents with a van full of kids, while those with limited mobility have concerns about accessibility, often particularly regarding pharmacy drive-throughs. “If someone has limited mobility needs but they can drive or they have issues getting in and out of a car, they are concerned that limiting the number of drive-throughs is going to be an issue for them,” Smith says. “We’re still taking comments from the public. People are welcome to send their comments to me — that’s the best way to provide feedback.”

On the other hand, proponents of the ban cite both environmental concerns as well as safety issues, Minneapolis’ KARE-11 reports, especially following the drive-through debacle that consumed Minneapolis’ Twin City of St. Paul last spring.

After attaining a conditional use permit for a drive-through in 2015, Starbucks erected one in 2018 at the intersection of Marshall and Snelling avenues, two central St. Paul thoroughfares through that see something like 67,000 cars each day, according to City Pages.

Thanks to busy intersections, a small parking lot, narrow drive-through lanes, and overall poor configurations, drivers lining up to get coffee from the Marshall and Snelling Starbucks ended up idling in bike lanes, illegally cutting across lanes to re-enter traffic on the far side of the street, and sliding over the drive-through barriers when snow and ice began to arrive. The traffic mishaps eventually garnered their own #carbucks hashtag.

“Right now the position of Union Park is that we would like to review the condition of use permit for the drive-through. We find it to be incredibly unsafe,” says Brandon Long, the executive director of the Union Park District Council, where the Starbucks in question is located. “One of the issues was that the traffic count information that Starbucks had provided to the city was inaccurate,” he says.

Despite Starbucks eventually adding another lane to its #carbucks drive-through, “it’s not nearly enough to make it actually safe,” Long says, noting that the council and neighborhood residents are frustrated that the city has been hesitant to engage in a legal battle with Starbucks in order to resolve what they consider an obvious safety hazard in a timely manner. He believes that the drive-through should have never been allowed in the first place, noting that the intersection in particular and, more broadly, cities in general aren’t conducive to drive-throughs.

“If we’re going to take climate and transportation goals seriously, the conclusion they’ve come to in Minneapolis,” is the logical conclusion, Long says. “We don’t want to just deal with one Starbucks drive-through or one new building. We have to be thinking about systemic policy changes.”