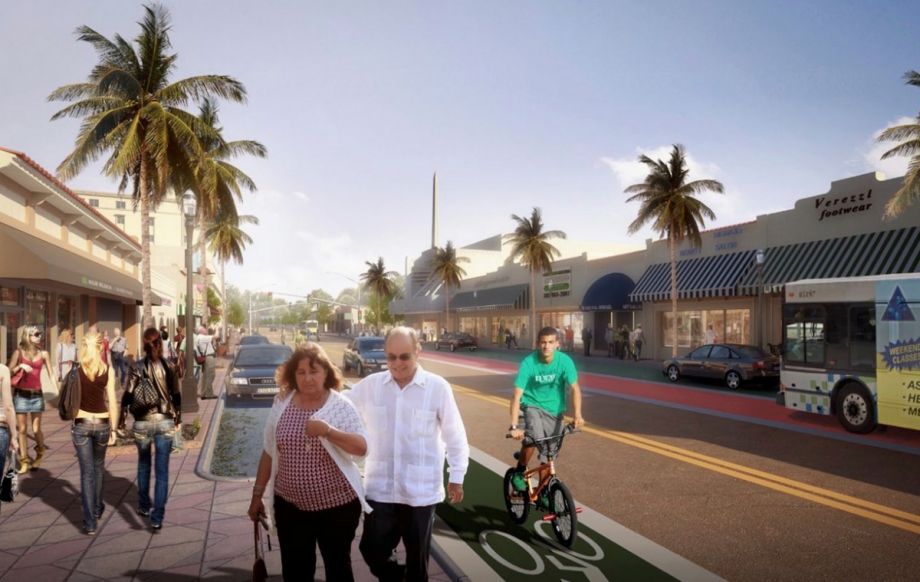 Calle Ocho in Miami’s Little Havana is a car-centric, three-lane road in close proximity to I-95 — but it wasn’t always that way. In the 1960s, a two-lane road served as a more traditional neighborhood main street. Urban planners at design firm PlusUrbia want that version back.

According to Curbed, the Florida Department of Transportation’s current study of the road inspired two local designers to draw up their own plans to convert Calle Ocho’s main stretch into a multimodal core.

PlusUrbia Design proposes to turn Calle 8 back to its original self — reversing 50 years of disenfranchising neighborhoods and commerce with blight left in the wake of a corridor turned freeway.

With developers eying Little Havana, the National Trust for Historic Preservation recently noted that the community’s “scale and character [are] threatened by zoning changes and lack of protection for its many historic buildings.” The National Trust put Little Havana on its “2015 Most Endangered” list.

PlusUrbia’s Juan Mullerat and Steve Wright live nearby, and their vision is a street that’s more accommodating to walkers than drivers, and includes a wide sidewalk and a dedicated bike lane.

“The neighborhood wants a calmer, more pedestrian-friendly street. We just put it on paper,” Mullerat told the Miami New Times of their pro-bono (unsolicited) effort.