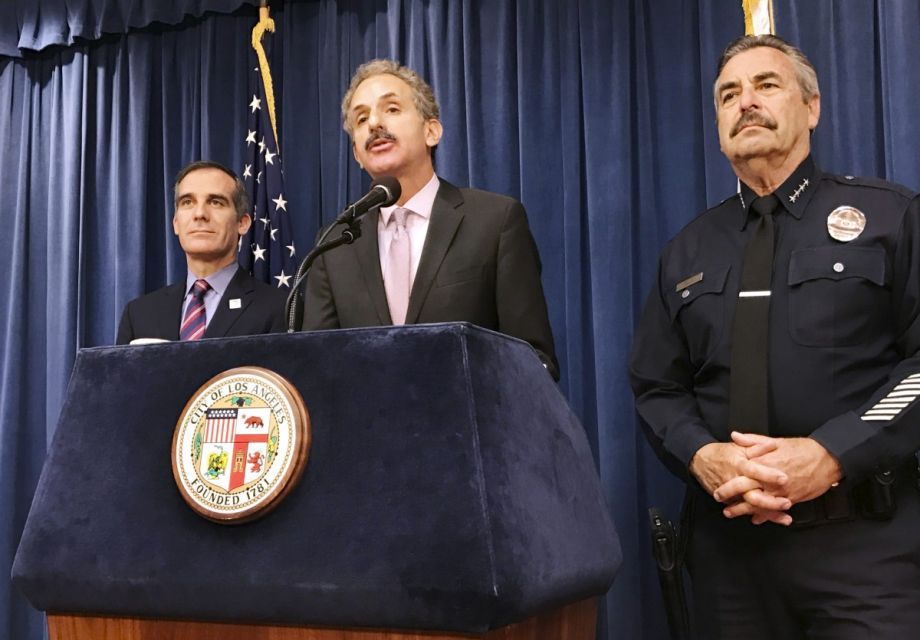 The ruling applies to the Community Oriented Policing Services (COPS) program, which awards funding to municipal police departments trying to build trust with underserved communities rather than what what one researcher characterized in a 2014 Next City interview as “the reactive, call-driven system” that defines traditional policing. Los Angeles has regularly applied to the program and received funding in recent years for programs that include mentoring services in a number of Watts-area housing developments.

Last year, however, Attorney General Jeff Sessions changed how applications for the funds would be scored, with additional points going to police departments that assisted ICE agents in identifying undocumented inmates.

To get the point boost, police departments had to be willing to alert ICE 48 hours before releasing inmates who agents had targeted for deportation and were required to give ICE agents access to jail facilities so they could interview inmates and review records. Los Angeles, which refused to abide by the new rules, was not awarded any funds, while 80 [percent] of the departments that did receive money cooperated with ICE, court records show.

But Sessions’ new funding rules violated the separation of powers laid out in the constitution, Judge Manuel Real ruled last week. Tying funds to cooperation with ICE improperly forced local agents to participate in immigration enforcement — which is the job of the federal government — and “upset the constitutional balance between state and federal power by requiring state and local law enforcement to partner with federal authorities,” Real wrote in his decision.

“This is a complete victory,” Los Angeles City Attorney Mike Feuer, who challenged Sessions’ funding tweak in federal court last year, said during a press conference last week, as reported by the Times. “This is yet another dagger in the heart of the administration’s efforts to use federal funds as a weapon to make local jurisdictions complicit in its civil immigration enforcement policies.”

A Justice Department spokesperson, meanwhile, called the ruling “overbroad and inconsistent with the rule of law,” according to the paper.

Los Angeles’ sanctuary policies — which have been emulated by other California cities since President Trump took office — are primarily motivated by the fear that residents will stop reporting crimes because of their immigration status, as Next City has covered. Last month, Sessions announced that he would sue California over three new statewide sanctuary laws, which limit the ability of state employees in assisting ICE.

Real’s nationwide ruling is an obvious blow to Sessions — but it won’t retroactively award funding to COPS hopefuls denied funding last year, according to the Times. It could, however, give sanctuary cities an edge going forward.

Still, the federal program doesn’t exactly have a perfect record.

“Despite some well-documented successes, even proponents of community policing are hesitant to call the COPS program a sweeping success,” Christopher Moraff reported for Next City several years ago. “The … shooting of Mike Brown in Ferguson, Missouri, and the response it elicited reflect the stark rift that continues to divide many urban law enforcement agencies from the constituents they are sworn to protect.”

Mike Brown, of course, has been followed by Philando Castile, Tamir Rice, Freddie Gray and Stephon Clark, among many others, and critics continue to caution that “community policing” can too easily become a feel-good buzzword.

“I’ve had police chiefs ask me what’s the minimum they can do to get this money,” Bruce Benson, who advises departments on establishing COP programs, told Moraff. “We’d have police departments host community picnics where they hand out hot dogs and soda to people and call it community policing, but once all those hot dogs are handed out, it’s back to traditional policing practices.”