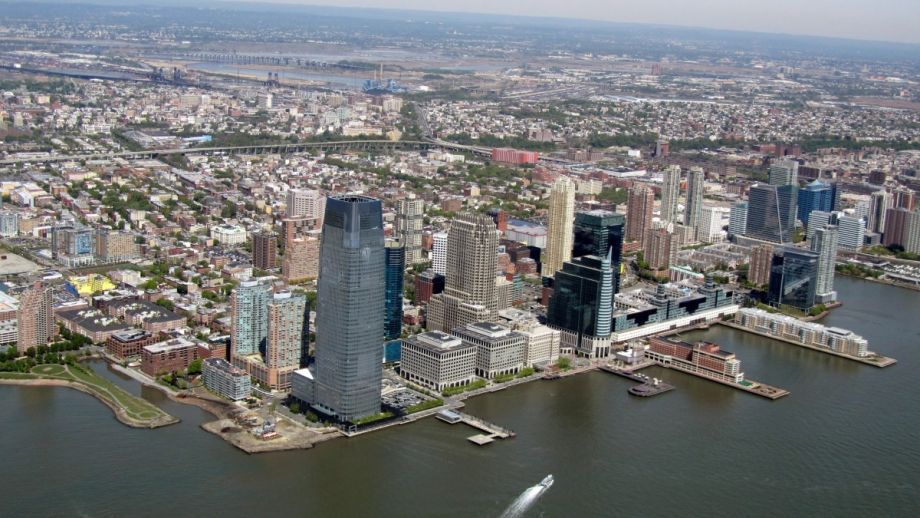 Jersey City from a helicopter. (Photo by David Jones)

“Maybe it’s my age, or my friends who love Airbnb, but it’s certainly not going away,” Fulop, who is 38 years old, told the Times. “You can either try and fight it and resist change, which I’m not sure is going to work, or you can try and figure it out and work together.”

In exchange for agreeing to let some of Jersey City’s 262,000 residents rent out a couch, a bedroom or even their entire apartment or house on Airbnb, the company would charge users the same 6 percent hospitality tax currently levied on guests at the city’s dozen hotels.

Mr. Fulop anticipates the tax would generate between $600,000 and $1 million annually on the more than 300 Airbnb listings in the city. That would be added to the roughly $6 million the city makes on its hotel rooms each year.

New York City, however, has no intention of changing their policy.

“Since when does New York City look across the Hudson for a policy blueprint?” Assemblywoman Linda B. Rosenthal, a Democrat from Manhattan, said in a statement. “Whatever happens in Jersey City stays in Jersey City. With scarce affordable housing and unified opposition to illegal hotels here, this development will have zero impact on the law in New York.”

As per the Times:

Airbnb is illegal in New York State except under certain circumstances. Hosts are allowed to rent a room or two, so long as they remain on the premises, rather than vacating and renting out the entire apartment or home, as would be allowed in Jersey City.

This is seen as a protection against properties being turned into de facto hotels, of which there have been some instances, though it is a matter of debate how prevalent that practice is.

Chris Lehane is a former aide to Bill Clinton, is now the head of global policy for Airbnb. He argues that services like Airbnb do not contribute to New York’s housing crisis. “Any objective analysis will tell you there has been a housing crisis in New York for decades now, and 30-plus years of housing policy hasn’t changed that, so I don’t think we’re the problem here,” Lehane said.