Jane Jacobs Was Put to the Test in 6 Italian Cities 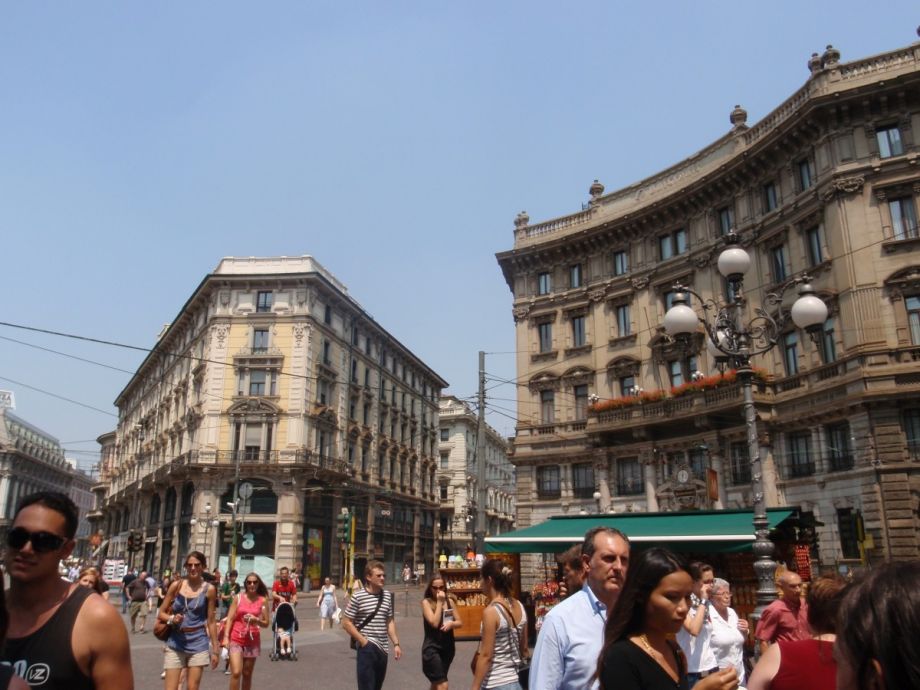 A busy Milan street corner (Photo by Roamancing, via Flickr)

In her 1961 book, The Death and Life of Great American Cities, urban sociologist Jane Jacobs proposed four conditions essential to vibrant city life, ideas which were both influential and controversial. Recently, researcher Marco De Nadai and his team at the University of Trento designed a way to test those conditions by mining databases and cell phone records in six Italian cities.

Spoiler alert: They found her ideas to be spot on.

Jacobs argued that vibrancy is a product of a diverse physical environment. That diversity rests on four pillars: First, city districts must serve more than one function, in order to attract people at different times of the day and night. Second, city blocks must be small and have dense intersections that encourage interaction between pedestrians. Third, buildings must be diverse in age and form in order to support a mixture of low- and high-rent tenants. Fourth, urban districts must have a sufficient density of people and buildings.

These conditions have been tested before, once through a 10-year study of pedestrian activity by urban scientists in Seoul, South Korea. But data collection for that project was conducted through costly and time-consuming pedestrian surveys, a method impractical to replicate in other urban areas. De Nadai and his team’s method is much cheaper and faster: They drew upon cell phone activity in a given area to measure urban vitality, and land use records, census data, and Foursquare activity to measure diversity of activity and building type in Rome, Naples, Florence, Bologna, Milan and Palermo.

What they found was that indeed, mixed-use districts exhibited greater vibrancy than areas dedicated solely to industrial, residential or commercial uses. They also upheld Jacobs’ belief that smaller blocks supported greater interaction at the intersections. “Vibrant urban areas are those with dense streets, which, in fact, slow down cars and make it easier for pedestrian to cross,” the researchers wrote.

The team also found that the presence of “third places” — places of worship, restaurants, bars, parks and other locations that are neither homes nor places of employment — was crucial to vibrancy. And they proved that density of population is as vital as Jacobs said.

Only one condition was less applicable to the Italian context than the American. Because ancient buildings are already the foundation of most Italian cities, mixing old and new development is less of a concern and less of a possibility than in American cities Jacobs studied.