How We Talk About Funding for Transit – Next City

How We Talk About Funding for Transit 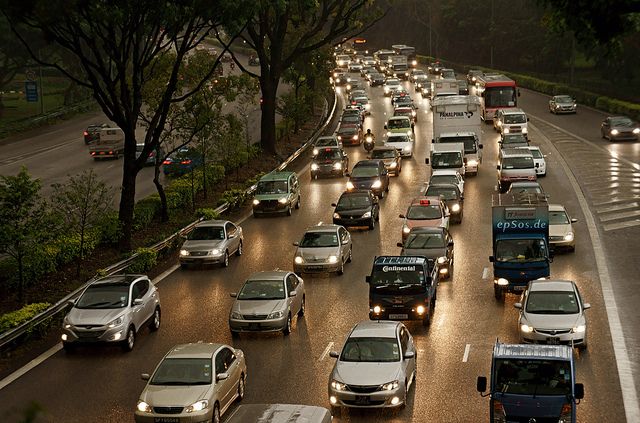 After months of compromise and deliberation, Congress reauthorized the Surface Transportation law this month with just enough to keep both sides satisfied but neither elated. If anything was proven during the debate, it’s that a gap exists between how advocates and politicians talk about mass transit and its potential benefits. If we are to make any progress in the future, we’ll have to clarify some key points in the conversation.

For example, a June op-ed in the Washington Examiner by Josh Barro contests transit advocates’ claims that government subsidies are tilted in favor of automobiles. Barro writes that “while the road subsidy is larger than the transit subsidy in dollar terms, the transit subsidy is much larger as a percentage of the cost of transportation.”

Which is to say that transit needs a bigger chunk of taxpayer dollars than automobile-related services to even operate, let alone prosper — a crime it shares with other government-funded staples such as health care and scientific research, considering Barro pegs government subsidies at just 10 percent of the total cost of road travel.

Barro correctly cites zoning and planning as major causes of transit’s difficulties, but seriously underestimates how an economic and cultural emphasis on road travel has impeded the development of transit. By contrasting them in mere dollar terms, the long-term benefits of transit — and, in turn, the long-term costs of road travel — are ignored.

The cost of free parking, for instance, was estimated at $127 billion a year as of 2002, according to Donald Shoup, professor of urban planning at the University of California, in his book The High Cost of Free Parking., that adds at least an additional 10 percent to the public cost of road travel.

If other “externalities” related to road travel, such as the cost of land use, air pollution and car accidents, were further quantified, the cost analysis would only rise.

As for transit’s dependence on government funding, it is not entirely the result of failure. Transit inherently comes with high initial costs and low profits. Washington D.C.‘s relatively new Capital Bikeshare has already experienced this. According to U.S. News, its initial costs were mostly covered by government funding, and it is already having trouble covering its operating costs.

But condemning D.C.‘s bike share program on those grounds alone ignores the benefits of reducing automobile traffic and providing greater access to all parts of the city. Acknowledging these benefits — and understanding the sort of investment they could facilitate — is a matter of looking beyond dollars and cents.

By not including these less than quantifiable factors, Barro undermines the very reason transit advocates are fighting road travel in the first place, which was never only about getting cities to spend less money. Presenting it as such reduces the debate to something purely economic, rather than a fundamental question of what we want our transportation system to be.