How Two Bay Area Restaurants Are Working Toward Racial Equity 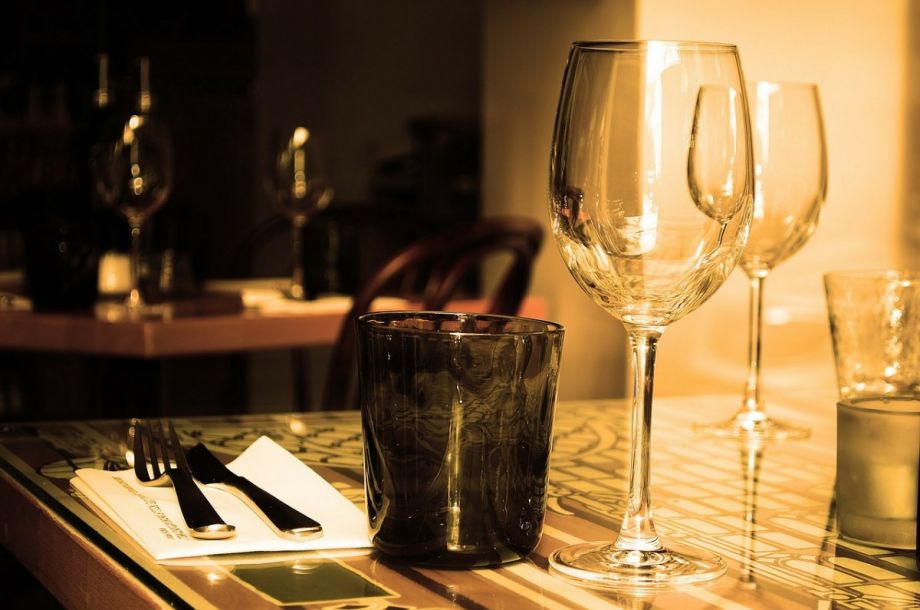 Think of restaurants and choices, and you’d probably point to the menu. But beyond a printed list of dishes, restaurateurs in cities across the U.S. have many ways to make a difference in their community. Ingredients can be locally sourced, organic and fair trade — or maybe 100 percent vegan. Glassware, flatware and silverware can be locally handcrafted out of recycled materials, or maybe entirely re-used, scavenged from the remnants of restaurants past. An eatery can be community-owned, or even worker-owned. Maybe investors come from the neighborhood.

And when it comes to operating in an economy with a legacy of racial segregation, there are the staffing decisions.

“If there is segregation that is happening in your business, that’s not a natural occurrence, and it’s also not a personal fault,” says Julia Sebastian, research associate with Race Forward. “The restaurant industry moves so fast, and the margins are so tight … . There are a lot of policies and practices that are inherited through the industry, things that have been in place for a long time and people don’t even think they might be creating barriers.”

One such longtime practice: relying on referrals when hiring. Especially if a restaurant’s experienced hosts/hostesses, servers and bartenders are mostly white, while lower-paying dishwasher and runner jobs are largely filled with people of color.

“So you have this reproduction of social networks that leads to reproducing the same social environment that exists that doesn’t allow for much change to occur,” says Teofilo Reyes, research director at Restaurant Opportunities Center (ROC) United.

Sebastian, Reyes, and Meredith Reitman, president and CEO of Reitman Research and Strategy, co-authored “Adding Racial Equity to the Menu: An Equity Toolkit for Restaurant Owners.”

Around 46 percent of workers in restaurants are people of color, according to the U.S. Census Bureau. It’s a growing industry, with nearly $800 billion in sales projected for this year — more than twice what it was in 2000, according to the National Restaurant Association (NRA). Definitions of restaurant industry workers differ, leading to different estimates, but between 9 million and 14 million people currently work in restaurants across the U.S., and that’s projected to continue growing over time. The NRA also estimates that one in three adults got their first work experience in a restaurant, and half of all adults have worked in a restaurant at some point in their lives (including yours truly).

And yet, as with so many other parts of the country’s economy, racial segregation has infected the pattern of workers in the restaurant industry. ROC United delved deep into this phenomenon in 2014, with the publication of “The Great Service Divide,” which applied a variety of methods to study the extent and the forces driving racial segregation of jobs inside the restaurant industry. According to that study, while workers of color account for close to half of the industry’s workforce, they are concentrated in the less visible, lower-wage jobs, and are underrepresented in the coveted, highest-paid “front-of-house” positions that involve significant guest contact: hosting, serving and bartending.

That study focused on three major cities: Chicago, Metropolitan Detroit and New Orleans. Across all three, workers in front-of-house positions were more than six times as likely to earn a living wage and twice as likely to be white compared to back-of-house workers (such as dishwashers and cleaners but also cooks).

Sebastian, Reyes, and Reitman’s toolkit is a bit of a departure for ROC United, which has typically worked with employees and owners/management separately on racial equity.

“What’s different here is we’re working with employers proactively on racial equity,” says Reyes. “We’re not making claims about active discrimination. We are trying to educate people about implicit bias and trying to work together to use the toolkit in places where the employer is interested and work together to come up with some solutions.”

Sebastian, Reyes, and Reitman created the toolkit through a participatory process involving two restaurants with which ROC United was already exploring issues of racial equity: Alta, in downtown San Francisco, and Homeroom, a gourmet mac-and-cheese restaurant in Oakland’s Temescal neighborhood. Finding restaurants willing to address this in real time was the biggest challenge, according to Reyes. Based on the 2014 ROC United findings, they asked restaurants in the Bay Area to do more self-audits.

“Often employers say they have a diverse workforce but when you do the breakdown of front and back of house, it clicks pretty quickly and becomes a concern, and they end up wanting to have a conversation with us about racial equity,” Reyes says. “These were two very forward-looking establishments who wanted to be leaders in this area.”

Researchers walked staff and management at each restaurant through an early version of the toolkit — a series of concise assessments rooted in the best understanding of implicit bias research today, translated into language that reflects the experience of a business as opposed to an academic or think tank researcher.

“The first part of this project was getting grounded in the implicit bias research, where the field was on how to mitigate implicit bias on an institutional level,” Sebastian explains. “There’s a huge accessibility question around how to make this feel manageable for a lot of restaurant owners taking this on as a concept for the first time.”

Keeping the focus on the implicit bias of the institution, as opposed to personal bias, was a huge hurdle. It’s about policies and practices, not personalities. “It’s not about an individual owner being racist or not or having a good heart or not,” says Sebastian. “People really think of racism that way, still, and the reality is the biggest impacts are ones that happen at an institutional level.”

After going through the racial equity assessment, the restaurants took different approaches.

Alta formed an internal racial equity committee, which quickly took aim at the internal practice of relying heavily on referrals for new hires. Alta’s human resources manager also developed and communicated clearer pathways for promotion for all staff, including workers of color who the management might have previously assumed weren’t interested in applying for new openings. After a few months, Alta increased the representation of people of color in front-of-house positions from 29 percent to 57 percent. The owner is now bringing similar measures to the other four restaurants his group owns in the Bay Area, according to ROC United.

Change can start with something relatively simple. “Homeroom created their own spreadsheet and started tracking the demographics of applicants that were coming to different pipelines to see if some pipelines were over-recruiting white applicants just by the nature of the outreach that was happening,” says Sebastian.

Led by the owner and their human resources manager, Homeroom began reaching out to a new set of local and national nonprofits to advertise higher-paying positions to people of color, especially nonprofits within black communities, which it found were deeply underrepresented in its workforce. In just eight months, the percentage of people of color in the business increased from 75 percent to 82 percent; there was an increase in the percentage of black workers in front-of-house positions from 11 percent to 25 percent.

“We have the ability to fix a very broken system,” Bryan Blair, Alta’s human resources manager, told the researchers. “With the help of ROC, we are completely reshaping our staff and our company culture to improve advancement opportunities that have historically been nonexistent to anyone of color.”

ROC is expanding this effort, starting with the Seattle area.

“I asked them what are some things restaurant owners would be averse to,” Sebastian says. “It was largely about making sure the language was opening and welcoming, getting rid of the jargon. So much of racial equity work happens in the nonprofit sector. We were really interested in making sure that this was accessible for people in the business sector.”